Do Your Children Know How to Handle Money?
Your children are where the money is, and marketers know it.
By Andrew Locher • June 2008 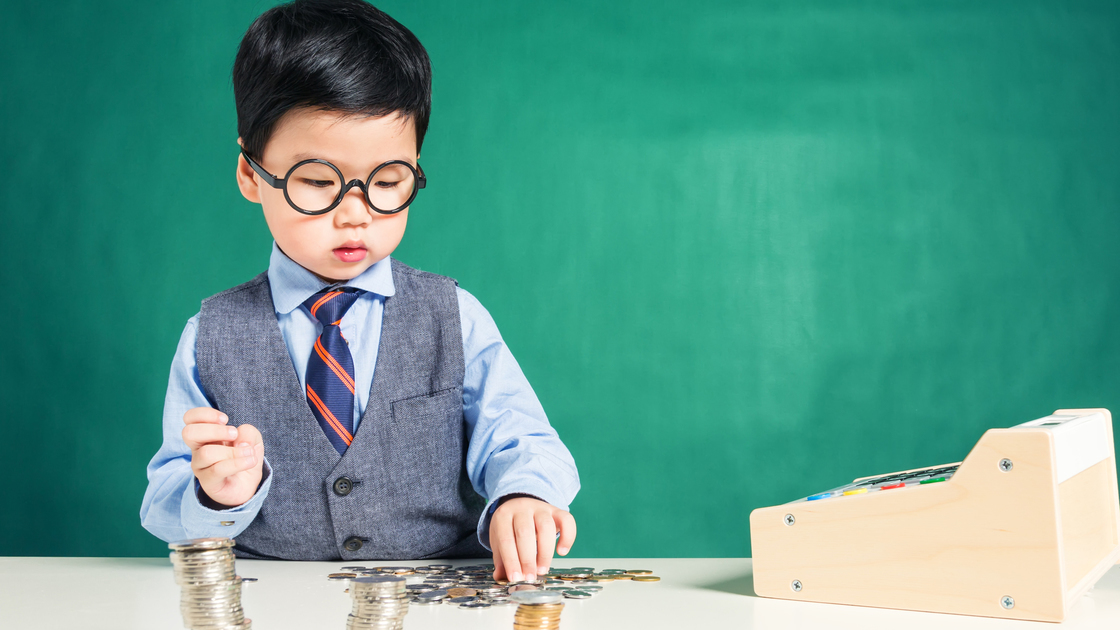 Corporations invest millions of dollars in tv commercials, Internet advertisements and viral marketing campaigns geared toward getting a piece of the nearly $259 billion spent by today’s tweens and teens.

“We have become a nation that places a lower priority on teaching its children how to thrive socially, intellectually, even spiritually, than it does on training them to consume,” wrote Juliet Schor in Born to Buy. Almost from birth, our children are taught to consume at a dangerous, unsustainable pace. Chances are, your children are picking up the message: Buy at all costs.

Do you want these business moguls teaching your children how to use money?

Maybe you trust your child’s school to instruct him or her in money management? It’s probably not going to happen. Not only are personal finance classes dropping from curricula faster than Bear Stearns stock, the school environment is one of the most consumer-charged, peer-pressured places around.

The only person who can really teach your child is you.

Instructing your child to manage money may seem like common sense, but according to a survey sponsored by Charles Schwab & Co., parents are about as comfortable talking to their children about money as they are about sex. Often they just avoid the subject altogether. Thus, children are left to acquire their knowledge from the gutter and the school of hard knocks. And as with sex, young people can make huge money mistakes, with lifelong repercussions, at a tender age.

On the other hand, forming productive fiscal habits while young will set a child on the fast track to financial stability for life. As Proverbs 22:6 says, “Train up a child in the way he should go: and when he is old, he will not depart from it.”

Though the showdown between parents and commercial industry may be challenging, take courage. A loving parent’s instruction will resonate even above the din of advertisements from Coca-Cola and Tyco and the sound of the hip-hop ringtones on friends’ iPhones. You can teach your child how to be responsible with his wallet, be it Velcro or leather.

There are five areas where you can drastically improve your child’s chances for a stable future with just a few simple instructions. But first, you must be employing these same principles in your own life. True, a parent’s instruction can drown out multi-billion-dollar companies—but likewise, a parent’s bad example can undercut that instruction. If you are struggling financially, you can implement these points on a larger scale while teaching them to your children. Besides reinforcing these principles to your kids, this may be a prod to help you keep your finances in order as well.

Make sure it is a positive learning experience, and remember that different children will respond in different ways.

Even if your parents didn’t teach you, you can start teaching your children. Get involved in your child’s financial life! Start now to help your child toward future financial success.

Teach your children that the way to make money is through work. Earning their own money teaches your children its value and its relationship to time, skills and energy. Making money takes effort. Children who immediately get whatever they want will never learn the value of the things they own. It’s entirely different to blow $10 of their parents’ money on an album than it is to spend the $10 they earned for mowing the neighbor’s lawn last week.

You can start teaching this concept by paying them for extra chores around the house. Remember, though, that some responsibilities should be expected and not paid. Paying your daughter to clean her room, for example, teaches a bad habit: Only work when there is money involved.

For any money your children earn from working—even an allowance for doing their chores—it is essential that you instill in them the habit of tithing on it first. In addition to helping them fight greed, obeying the biblical mandate to give God a tenth of their income teaches them about God’s involvement in their financial life (Deuteronomy 14:22; Proverbs 3:9-10; Malachi 3:10). Tithing is God’s way of financing His work. For more on tithing, read “The Man Who Couldn’t Afford to Tithe.”

Eventually, your child may get a job outside the house. When he does, he may seem more financially independent—but this actually affords you greater opportunity to teach responsibility. You are the parent, and you can still govern the use of his money.

An important point to remember: It may be necessary for children to realize that it costs money to make money. For example, if you take them to work, or let them use your car, you might charge them or split the costs for gas or the use of the vehicle.

Today’s tweens and teens spend five hours shopping for every hour they are outdoors. Twice as much time is spent shopping as reading.

Advertising has intentionally blurred the line between needs and wants, an important distinction your children need to understand. Heavily stress this difference. You may remember the feeling when you were a child and thought you might actually die if you didn’t get a G.I. Joe or dollhouse. Saying no as a parent to those types of arguments may seem mean, but the lesson is literally priceless.

Children like to spend money. My daughter loves toy horses. Her collection grew to the point where there were simply too many horses. So, she now has to buy her own. Looking at the price tags and realizing she’d have to save her allowance for several weeks to buy one, she realized the difference between needing more toy horses and simply wanting them.

Responsibility for their financial actions is another lesson parents can teach their children. If they buy something of poor quality and it breaks, they learn about getting what you pay for. A few small lessons like this won’t harm your children, and will save them more significant financial angst in the future.

Making your children responsible for some of their own purchases can teach them to look for bargains and shop around.

Also, instill the habit of tracking income and expenses on a ledger or spreadsheet. A visual where they can see where their money is going has a bigger impact than suddenly realizing they have no money. Small expenses like candy bars, sodas and other wants can quickly add up!

As they get older, be realistic with your children about the costs of living. You might show them how you conduct online banking or pay your bills through the computer. If you think this is awkward, realize it is far less awkward than having to help your children deal with collection agencies later on.

The average American savings rate today is negative. Most Americans have nowhere to turn if a crisis hits, besides maybe taking out a second mortgage or borrowing more money.

After they have paid their tithe to God, teaching children to put aside savings first instills an excellent habit at a young age. Separating another 10 percent for themselves may be a good place to start. The more their savings grows, the less likely they will be to want to dip into it. Saving money also teaches children to live within their means. Plotting the growth of their savings on the same chart with their income and spending will give them a good idea of how quickly savings can grow, and how quickly it can be depleted.

Impulse buying is the enemy of savings, so watch your child’s spending carefully. With my daughters, if one wants to buy something immediately, I remind her of something more expensive that she wants. Usually, she’ll decide to save her money for that instead, learning to delay gratification. Besides being good monetary policy, this also teaches patience.

Mellody Hobson of Ariel Capital Management suggests matching, or adding 50 percent of your own money to what your child saves at the end of the month or year as an added incentive to save. If he or she saves $16, add $8 of your own money. Spending $10 to $20 in order to establish sound financial habits is one of the cheapest investments with the biggest return.

Remember, you are an example! If you aren’t saving, your children probably won’t either! If you’re preaching savings to them, children will ask questions like, “How much have you saved up?”

Most children don’t know where money comes from. Some probably think it is magically dispensed by atms. Tell your children about the banking system. Take them to the bank. Show that you make house or car payments. Explain the concept of interest and how companies make money by lending money. After all, who else is going to teach them?

If your child needs to borrow money, be firm that he pay it back; perhaps even make a note. If you are not going to make him pay it back, then don’t lend it—make it clear you are giving it to him. If he can learn not to default on Dad and Mom, he will probably avoid defaulting with a bank later on.

While the primary focus today is on getting—as much money or as many gadgets as possible—God’s way is one of giving. This is one of the most important concepts to teach your child.

Tithing is the first type of sharing children should become familiar with. God is the source of all good things, including your child’s money. Everything that God owns, He shares. As parents, we should follow that example and try to help our children live that way as well.

Teach giving to other people, family or friends, for example. There are plenty of ways to do this that don’t cost much, if anything. Show them the joy that giving brings. It will help them in many aspects of life.

Being a giver will protect your child from becoming a freeloader, always relying on others’ generosity instead of paying his own way. We all know people like this; you don’t want your children to have that reputation.