Count Your Blessings
God is looking for an attitude of gratitude.
By Gareth Fraser • July 2001 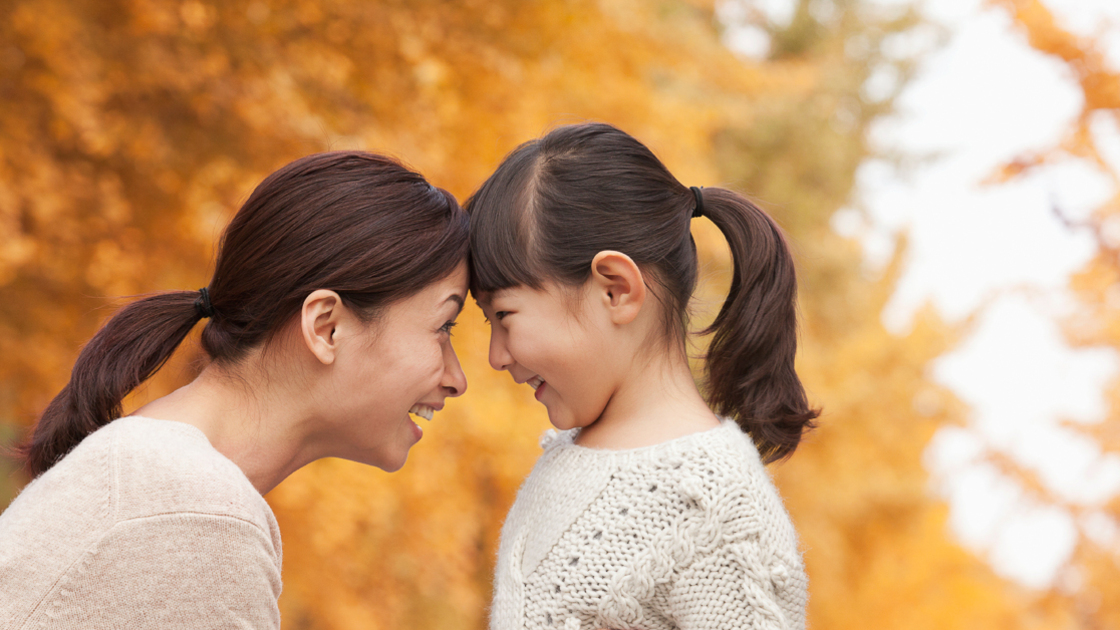 July 23, 1958: “Suddenly, from over a slight hilltop, came another car in their lane heading directly toward them. … The oncoming car hit them head-on …. …

“Arriving at the hospital … [w]e found him now conscious, but in very critical condition. His right arm was broken at the elbow; his pelvis had been broken badly, and they had him in traction. His jaw had been broken in three or four places; X-rays showed that his heart had been knocked over to the right—to the middle or slightly right of the middle of his chest; his left lung had been collapsed. …

“During the week, Dick had various ones of us read the Bible to him. In spite of the pain, and the terrible condition, he kept in good spirits. Once, in prayer, he began thanking God for the many, many blessings that had been lavished on him. The nurse in attendance said that this continued a long time—he had so very many things to be thankful for” (Autobiography of Herbert W. Armstrong, Vol. 2).

One week later, on the morning of June 30, 1958, Herbert W. Armstrong’s firstborn son, Richard, died at the ucla Medical Center. He was 29 years old, newly married with a baby son. He had been traveling on a baptizing tour with a fellow minister when the tragedy occurred.

“These experiences were perhaps the most severe test I had ever been called on to experience,” Mr. Armstrong wrote. “But of course I knew where to go for strength, wisdom and help” (ibid). Despite the pain and sorrow of Richard Armstrong’s sudden death, there is a powerful lesson for us to learn—a lesson of triumph in tragedy.

Richard Armstrong knew that it was God who allowed him to endure that experience. He knew that as a minister of God, a helper of the people’s joy, he had to walk worthy of his calling—to set an example in life as well as death. He knew that his mind needed to be centered on God’s thoughts. Spiritually, he triumphed in tragedy.

Do you and I have the Christian depth and purity of character that Richard Armstrong displayed over 50 years ago? Would this be your or my reaction when faced with this same trial? God wants to know just how thankful we really are to Him for the abundant blessings He showers upon us. He is looking for an attitude of gratitude.

Ask yourself this question: What is the most common sin people commit? Almost four years after his son’s death, Mr. Armstrong found himself asking this crucial question. He scanned his mind thinking of the sin that least came to the mind of Christians. His answer: ingratitude!

“Certainly a lack of gratitude is one of the most prevalent, if not the most terrible, of sins,” Mr. Armstrong noted. “Few have learned to really appreciate what they have. Most are prone to accept the good things by taking them for granted, failing to give thanks. We gripe about our complaints more than we count our blessings” (Plain Truth, April 1962).

We live in a world saturated in hatred, vanity, self-centeredness, evil and idolatry, governed by the prince of the power of the air, Lucifer, the fallen angel—now Satan the devil, the adversary. The one who chose to oppose and exalt himself against God and drag down the sinning one third of the angels who now act as princes of darkness. “For we wrestle not against flesh and blood, but against principalities, against powers, against the rulers of the darkness of this world, against spiritual wickedness in high places” (Ephesians 6:12).

It is only through the exercising of God’s Holy Spirit that we as God’s firstfruit-elect can successfully conquer the sin of ingratitude and richly praise God for the countless blessings He has showered upon each and every one of us. “And we know that all things work together for good to them that love God, to them who are the called according to his purpose” (Romans 8:28). Do you actually believe and know that “all things” work together for your good? Remember there are two conditions stated here by Paul. First, you must love God, and second, you must be one of the called according to His purpose. As God’s special inner court treasure (Malachi 3:17), we know through the countless promises of God that it is His will that we be blessed of Him. God wants to bless you!

“Now what would be the worst, the most terrible sin one could possibly commit?” wrote Mr. Armstrong. “I think it is self-evident. It is to have another god before the true living God! Whatever occupies your interest more than God and His Word is the idol you are putting before Him. None can be truly converted—actually begotten of God—until whatever is his idol has been smashed, and torn root and branch from his affection and mind and heart” (ibid).

Do we seek first the pleasures of this life? The tv, clothes, music, status, job, wife, children. What is it that you just cannot give up? What is your idol? If it is not identified and crushed completely, you are committing the greatest sin of all. A sin that shuts you off from direct, personal, daily contact with God! This world is temporal. The things of this world are temporary. Sonship in the Family of God sitting as the Bride of Christ on His throne (Revelation 3:21) is eternal. But that is only available to those who conquer!

“To him that overcometh [conquers] will I give to eat of the tree of life, which is in the midst of the paradise of God” (Revelation 2:7). Mr. Flurry writes in The Royal Book of Revelation, “Christ is not ashamed of us. Here He told the Sardis people, If you conquer, I won’t blot your name out of the book of life. But God does blot our names out if we don’t conquer! That’s the way it has to be. As Mr. Armstrong said so often, this is dangerous knowledge.”

Toward the end of King David’s life, he requested that the people of Israel give liberally for the building of God’s temple which was to be constructed by his son Solomon. David was so deeply moved and inspired by the level of the people’s generosity that he conveyed a profound expression of gratitude and thankfulness, combined with a beautiful vision of the majesty of the Almighty.

“Then the people rejoiced, for that they offered willingly, because with perfect heart they offered willingly to the Lord: and David the king also rejoiced with great joy. Wherefore David blessed the Lord before all the congregation: and David said, Blessed be thou, Lord God of Israel our father, for ever and ever. Thine, O Lord, is the greatness, and the power, and the glory, and the victory, and the majesty: for all that is in the heaven and in the earth is thine; thine is the kingdom, O Lord, and thou art exalted as head above all. Both riches and honour come of thee, and thou reignest over all; and in thine hand is power and might; and in thine hand it is to make great, and to give strength unto all. Now therefore, our God, we thank thee, and praise thy glorious name. But who am I, and what is my people, that we should be able to offer so willingly after this sort? for all things come of thee, and of thine own have we given thee” (1 Chronicles 29:9-14).

“Who am I?” David asked God. And who are we that God has lifted us from the dust of this Earth (1 Samuel 2:8) as His firstfruits to work and train now to be teachers for eternity? Just that one question, “Who am I?”, is enough to bring us to our knees to thank the great Father for the wonderful calling we have; for the ability to view end-time events through the clear lens of Bible prophecy; for Mystery of the Ages, so we can understand the brilliant majesty of God.

David described the God of Revelation 1. The God clothed with a royal garment, girt with a golden belt. With hair as white as wool, His eyes as a flame of fire and feet as fine brass. The supreme Being with the voice of many waters who has been in the center of every Church era. “Wherever you find the lamp, He is right in the middle. Do you believe that? Jesus Christ is walking in the middle of this little Church. Not on the periphery—He’s at the center” (ibid).

Like King David, our prayers should be full of praise and thanksgiving to God for His abundant blessings.

As a child I remember my parents keeping a “blessings book” as a reminder of all that God had done and was doing for our family. It was after my dad was laid off work and our family was in another third-tithe year. You know what? That book of blessings just got larger and larger as the years went on, and whenever we were in test and trial I remember my parents reading some of those blessings aloud to encourage and inspire us kids.

Through those years I learned a valuable lesson: God gives us more blessings than trials. Trials, tests and correction are absolutely necessary to fashion, carve and sculpt us into the spiritual form and shape of God. Take time to count the blessings, both physical and spiritual, that God has lavished on you.

“Blessed be the God and Father of our Lord Jesus Christ, who hath blessed us with all spiritual blessings in heavenly places in Christ” (Ephesians 1:3). Paul recognized where spiritual understanding came from. He knew the source of revelation. We, today, as God’s precious elect, have been showered with blessings right out of the supreme court of heaven! We have the gift of prophecy (1 Corinthians 13:2). We have been blessed by God with one man, a voice spiritually walking in the footsteps of the end-time Elijah. Only in God’s Philadelphia remnant has “the mystery which hath been hid from ages and from generations, [been] made manifest to his saints” (Colossians 1:26). We understand that mystery and our commission to reach the largest audience possible with that blessing of revealed prophecy.

This dark world is cut off from God. You and I, however, have free access to the great God, through the living Jesus Christ who gave Himself for us, rent the veil in two and who acts as our Intercessor, High Priest and soon-coming Husband.

Praise God as King David did. Show Him just how much you love Him and the countless, priceless blessings He brings upon you. Recognize their source. Let nothing stand in your way. Crush any idol that separates you from God. Conquer ingratitude. Seek first His Kingdom and His will, and all things will be added to you. This is the road that leads to full joy.

In the midst of trial and test, always remember the great God who richly blesses us. And remember the example of Richard Armstrong who spiritually triumphed in tragedy. He thanked God deeply, humbly, courageously when it counted most. Mr. Armstrong said his son had so many things to be thankful for. And so do you! Thank God today; count your blessings and rejoice.

From the Archives: Royal Vision, July-August 2001