The Sturdiest Armor You Can Have
Have you equipped yourself for spiritual battle?
By Steve Hercus • March 2010 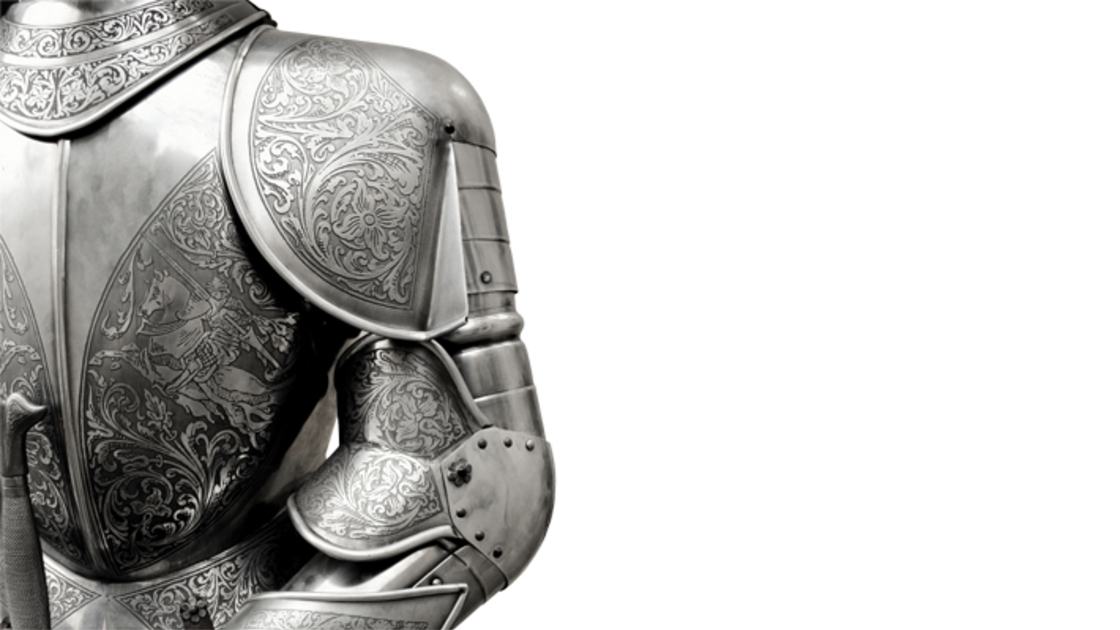 For every piece of armor you have seen, countless others have been damaged, dented, and destroyed in battle. Mountains of armor have been invented and produced throughout history—tried and tested in battle by millions. The style and effectiveness of armor has changed according to culture and technology, in conjunction with the advancement of the enemy.

However, through the rise and fall of nations and empires, one suit of armor has consistently remained the same. In comparison to all the armor that has been produced, we only see a miniscule surviving percentage; yet, God’s armor still stands two millennia after it was defined in the book of Ephesians.

Let’s notice an intrinsic quality of God’s armor that sets it apart from any physical counterpart.

Read through the latter part of Ephesians 6. There you will notice that it is distinctly defined as the armor of God (verse 11). It is designed for a specific type of spiritual battle: for use against principalities, against powers, against the rulers of the darkness of this world, against spiritual wickedness in high places (verse 12).

Among the components of the collection, is the sword of the Spirit, which is the Word of God (Ephesians 6:17).

Later, Paul described this spiritual sword as being uniquely “quick, and powerful, and sharper than any [physical] twoedged sword, piercing even to the dividing asunder of soul and spirit, and of the joints and marrow, and [as being] a discerner of the thoughts and intents of the heart” (Hebrews 4:12).

Notice the comparison between the spiritual and physical. If the spiritual sword is that much more effective than any physical type, by deduction we can say that spiritual shields, helmets and breastplates are far greater than their physical counterparts.

In addition to this disparity, another dramatic contrast can be drawn between physical and spiritual armor. When physical armor sustains damage, its effectiveness is weakened by the assault. A blow to a shield from a joust would impair its effectiveness. One sword clashing against another would blunt it. Wars have kept blacksmiths in business. Shields, helmets and swords all need repair from battle. However, with spiritual armor we see the opposite. A helmet worn in a battle for righteousness will grow in strength. A blow to a spiritual shield strengthens it. A spiritual sword becomes sharper with use. In fact, a lack of use will cause it to become blunt. The Word of God is our two-edged sword; the more we wield it, the greater our ability is to use it and the more effective we will be in battle. We can apply this concept to every piece mentioned in Ephesians.

Consider the example of a man who wore God’s spiritual armor into battle, a man who would not rely on physical armor because he knew of the superiority of the spiritual counterpart available to him.

David, the future king of Israel, stood in front of the army he would one day lead. All the while, Goliath continued to taunt the Israelite forces. “And Saul armed David with his armour, and he put an helmet of brass upon his head; also he armed him with a coat of mail. And David girded his sword upon his armour …” (1 Samuel 17:38-39). David’s face did not convey confidence. He refused to go into battle with armor he had not proved. He took Saul’s armor off and, in its place, selected spiritual armor.

Armed with only a slingshot and five stones, David traversed the open ground between the two opposing armies to meet Goliath. The giant directed all his torment at the young man, predicting his impending fate. David answered, “Thou comest to me with a sword, and with a spear, and with a shield: but I come to thee in the name of the Lord of hosts, the God of the armies of Israel, whom thou hast defied” (verse 45). Here David pointed out the inferiority of physical armor and clearly showed he was furnished with God’s spiritual armor. David brandished his spiritual armor not only when he wrestled against principalities, but also, as in this instance, when he fought against flesh and blood! He reiterated the comparison to Goliath: “And all this assembly shall know that the Lord saveth not with sword and spear: for the battle is the Lord’s, and he will give you into our hands” (verse 47).

King David referred to armor many times in the book of Psalms. “For I will not trust in my bow, neither shall my sword save me” (Psalm 44:6). David wore God’s armor. He used it in battle, trusted it, and trusted the God who made it.

God will fit His armor on us, armor infinitely more effective than the greatest physical armor we can imagine, armor that will grow in strength through use. We can trust God, and we can trust in His armor.