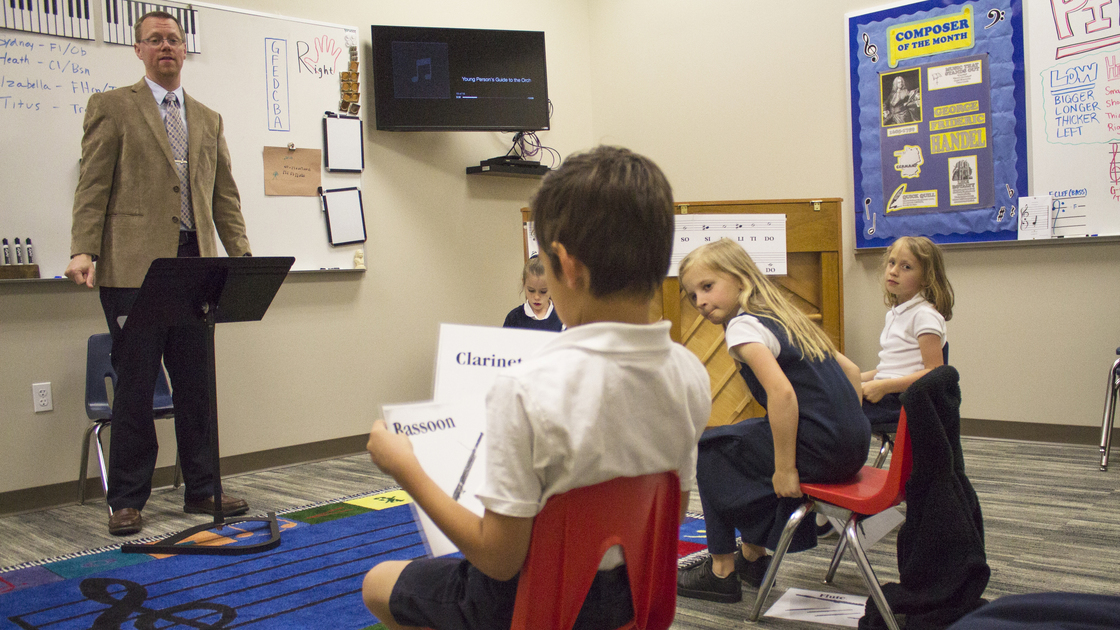 EDMOND—Imperial Academy students shared their musical progress with about 100 audience members on May 16 at Armstrong Auditorium. The recital lasted nearly two hours and had a four-page program that included performances from the Armstrong Youth Orchestra and 30 individual students dancing and playing seven types of instruments.

The Armstrong Youth Orchestra opened the recital, followed by the third-grade violinists and elementary students in the Beginning Winds class. The orchestra finished with Themes from Doctor Who, arranged by music director Ryan Malone. The night also included first-grade and third-grade ballerinas leaping, running and twirling to “Once Upon a December” and a fourth-grader dancing the Lilac Fairy Variation from The Sleeping Beauty. Sixteen performers from kindergarten through fifth grade performed 13 piano pieces, as well as three on violin, two on clarinet, one on cello and one on harp. Four of the young musicians played two different instruments.

Imperial Choraliers sang “The Sound of Music,” and “Smiles,” which included bright and happy choreography. Then 12 performers from sixth through eighth grade proceeded to perform six piano pieces, including a piece by Aaron Copland depicting a cat chasing a mouse. In addition to three numbers for violin, and one each for viola, harp and clarinet, one sixth-grader played Paul McCartney’s “Blackbird” on guitar. The recital concluded with an eighth-grader playing a violin concerto by Jean-Baptiste Accolay.