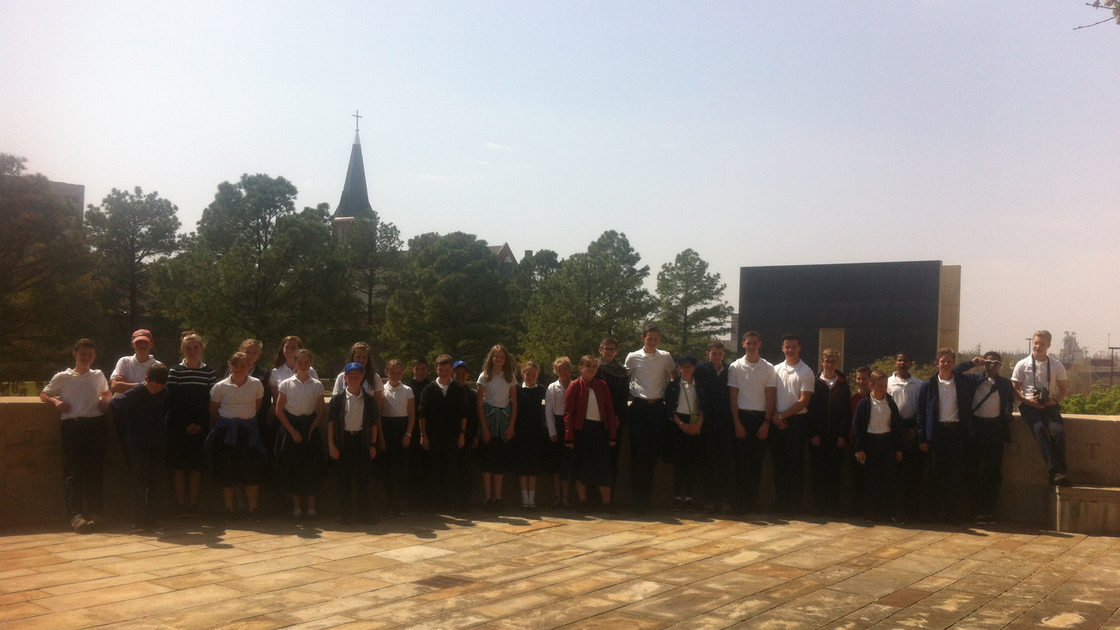 The students took a self-guided tour of the two-floor museum and a tour of the outdoor memorial and grave site guided by a national park ranger, and an interactive science lab on how different building materials respond to different disasters. The museum and memorial are located in downtown Oklahoma City and cover the original city block where the Alfred P. Murrah Federal building once stood.

The museum tour began with a short introduction video that encapsulated the terror, shock, and bravery in Oklahoma City that April day. The museum took the students on a chronological journey through the events of the terrorist attack. It began with the history of that particular city block, then moved on to an audio recording that captured the bombing, followed by a room full of the wreckage from the explosion. The rooms are filled with videos of news coverage, the biographies of each victim, and interactive features of the bomb site. The last exhibits communicated how the victims dealt with the grief of the event and the justice they received with the execution of the bomber, Timothy McVeigh.

The park ranger took the students on a tour of the memorial grounds, which are manicured year-round. The guide explained the deeper meaning of each aspect of the grounds, including the sculptures, reflecting pool and survivor tree. The students appeared especially sobered by the empty 168 chairs on the grounds, which memorialize the 168 victims of the terrorist attack.

The final part of the field trip was a lab hosted by one of the instructors at the museum. The lab was a case study on building materials and how they respond to hurricanes, tornadoes, earthquakes and explosions. Using large interactive touch screen tables, the students gained a better understanding of how the truck bomb caused such massive destruction. At the end, each team of students presented its own building design intended to withstand an environmental disaster.

Fifth-grader Spencer Falk said of the field trip, “It really made it more realistic than just hearing about it.”

During the trip to the memorial, kpcg interviewed the memorial’s community coordinator, Zach Fowler and recorded Imperial Academy students’ impressions of the experience.