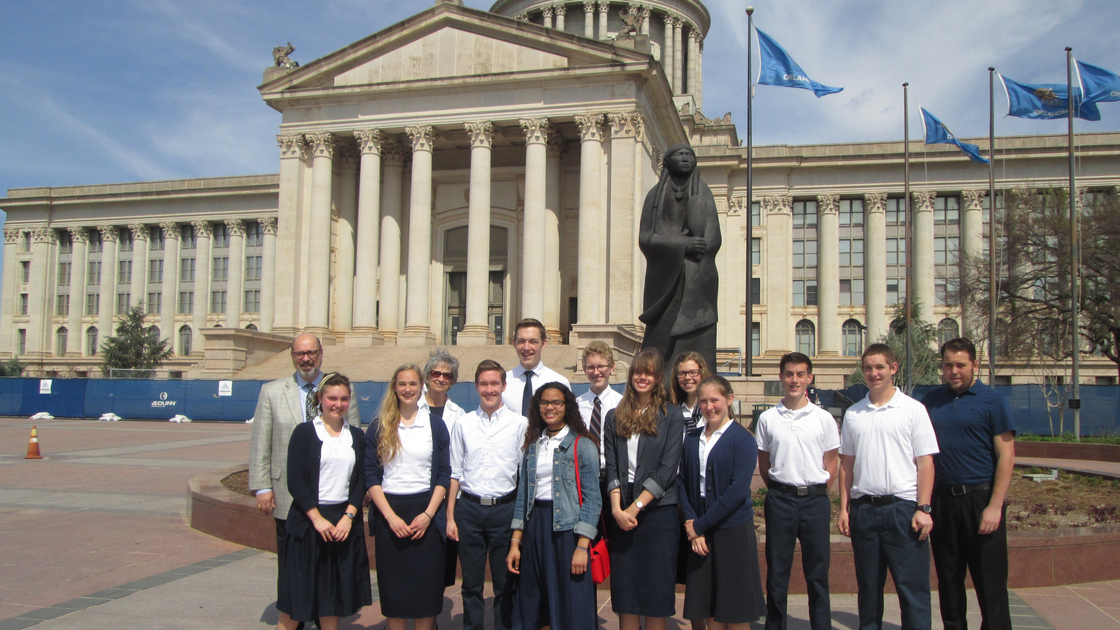 EDMOND—Imperial Academy high school students visited the Oklahoma State Capitol on March 21, taking a guided tour and learning information about the building and the workings of the state government.

About a dozen students from grades 10 through 12 and four teachers from the history faculty traveled 30 minutes south to the Capitol. Starting in the lobby at a massive Oklahoma state shield, the group learned the meaning of each of its symbols before viewing the rotunda, the ceiling of which bears paintings depicting Oklahoma’s history, from early pioneers to the modern oil boom. The group also learned about ornaments in other parts of the building and visited an art gallery in the Capitol’s lobby.

Walking past the offices of the many senators and representatives and among busy staffers preparing for the day, the students learned about Oklahoma’s legislative history and toured the Senate and House of Representatives chambers, learning about the work done in each legislative house and watching a Senate session in which several bills and amendments were introduced, questioned and voted upon.