Running for Alvin
What running the OKC Memorial Marathon taught me about our spiritual race
By Albert Clarke • March 28, 2017 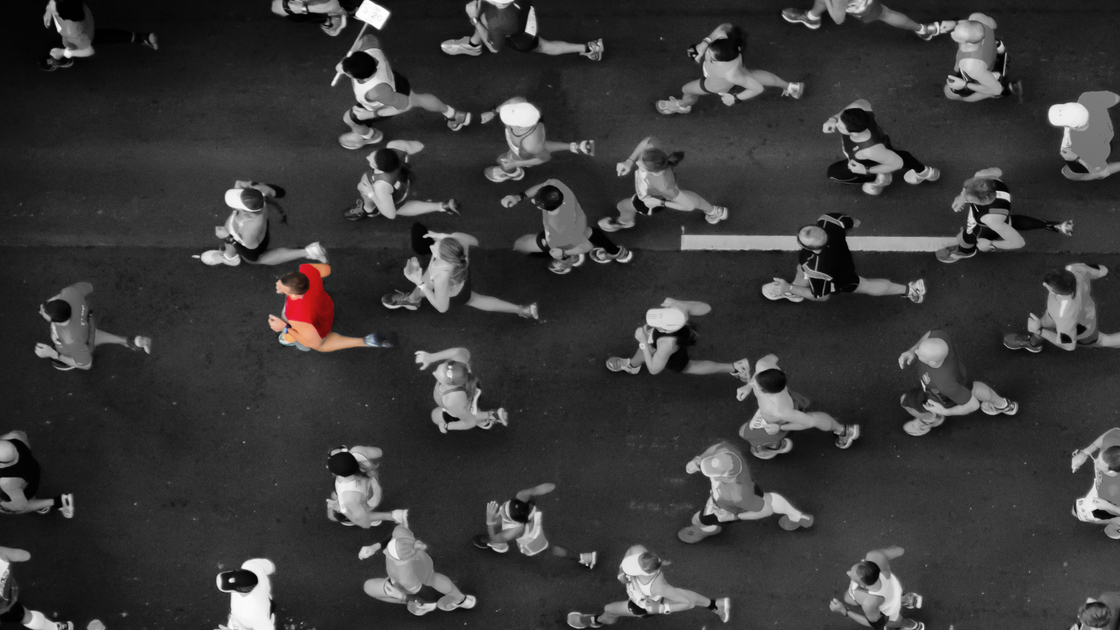 Have you ever had an experience in your life that completely changed your perspective about something—a moment that caused you to step back and take a look at the big picture? I experienced one of these moments when I ran the Oklahoma City Memorial Marathon a year ago. Through running this physical race, God showed me something I had never seen before about how we need to run our spiritual race.

I signed up for the marathon in the spring of 2016. I wanted to challenge myself with something really difficult, and the marathon was the perfect opportunity to do that. I had been training for the race and getting mentally prepared to run the 26.2 miles for a couple months. On the Friday before race day, I went down to the runner’s expo in Oklahoma City with a fairly large group of fellow Herbert W. Armstrong College runners. The expo was massive; there were rows and rows of stores giving away sample products and selling running gear. I wandered around the expo, taking a look at the different stores, thinking about the race that I was about to undertake, when an elderly man at one of the stalls got my attention.

He asked me if I would be interested in running in memory of one of the victims of the 1995 Oklahoma City bombing. He explained that a few of the victims still didn’t have anyone running for them.

Now, normally I would have seen a stall like that and walked straight past it. It would not have occurred to me to stop and say, “I want to run for this person.” My attitude was more like, How can I help them? They’re dead now—there’s nothing that I can do to benefit them by running in their memory.

But when this man got my attention and asked me, I felt compelled to say yes—I would do it.

The name he gave me was Alvin J. Justes. Instead of running for myself, I would be running for Alvin.

Before the race, I looked online and found some information about Alvin J. Justes on the Oklahoma City National Memorial website. Alvin was 54 when the bombing happened. He moved from Kentucky to Oklahoma at age 19, but none of his family followed him, so he basically lived alone from that point forward. He fought in the Vietnam War. During his work career after the war, he inhaled toxic chemicals that left him disabled for the rest of his life. He had no family in Oklahoma, so few people noticed he was missing when he died. His brother described him as a “loner.”

Reading about this man really sobered me. My whole focus before had essentially been on running the race for myself. It was a personal thing; I wanted to prove to myself that I could do something as difficult as running a marathon. But after reading about this lonely man, I realized that there was a bigger reason for running this race. Now, I was running for Alvin.

The race began that Sunday morning. As I ran, the miles quickly flew past—faster than I had expected. The adrenaline pushed me forward. I was running with a large group of runners who were keeping pace with the 3 hours and 50 minutes pace runner. We were all pushing each other to keep going. Along the course, there were banners on the top of lampposts with the names of the victims of the bombing. I noticed a few of them, but for the most part, I had my eyes on the road.

The half-marathon mark came and went. Before I knew it, it was mile 18. This was when the race really got hard. My legs began to get really sore and stiff, and my knees and feet really began to ache. It was harder and harder to keep up with the pace runner. I stuck with him, even while other members of the group fell behind, one by one—until it was mile 22, and the pain was really intense.

I had slowed down considerably. Finally, I could not keep pace with the pace runner anymore, so I fell behind like all of the other runners had. My legs were stiff, almost fixed in place. My knees were aching, my feet were hurting, and that’s where my focus was. My mind was on the pain that I was going through.

But at that moment—when the pain was all that was filling my mind—I looked up.

Standing tall above me was a banner flying from a streetlight post. It read: “In honor of Alvin J. Justes.”

I couldn’t believe what had just happened. My mind filled with joy and wonder; I was sure this was not a coincidence. I had barely noticed any of the other banners, but at about mile 22—when the race was the most difficult—I looked up, and there was the banner with the name of the man I was running for. God was reminding me: That’s why you’re running! I know it’s hard; I know it hurts sometimes, but you’re not running for yourself. You’re running for people like Alvin—this man who had no one there for him when he was alive. But you will be able to do something for him, and that’s why you need to finish this race!

This small incident completely changed my mindset for those last few miles. My mindset changed from a selfish attitude of wanting to finish that race for my own glory to one where I was focused on these people who need our help—the billions of hopeless people out there who are just like Alvin.

I knew that God was teaching me this lesson. I had gone into the race thinking about pushing myself and earning personal satisfaction, which are not necessarily bad goals. But God showed me that the focus we must have in our race can’t be to get something. It has to be outflowing. We are not running just for ourselves. We are running for our families, our friends, our neighbors and people like Alvin—people we have never met who really need us. We run for people like Alvin who weren’t blessed in this age to have the truth or hope we have from being in God’s Church.

But one day—one day soon—they will. Alvin will be resurrected; he will be healed and given this truth. He will be offered a place in God’s Family. If we are going to be there to help him and the countless billions of others who lived, died and were forgotten, we have to finish this race now. We have to persevere through these last days—through these last few miles—and finish the race for people like Alvin.

When it’s hard to keep going in this spiritual race, who is the person you think about? There might be a name that keeps you going—that person who makes you think, If I don’t finish this race, I won’t be there for them. These people need us. Use that future hope to motivate you to run harder in these last few miles.

Originally, I thought, How can I help Alvin by running for him? We can’t help those who are dead or those who are suffering physically right now, but we can help them in the future if we finish our race. This race is hard at times, but we are running for the greatest cause that there possibly could be. Because we are running spiritually to finish this race, we will be able to give real hope—real life—to people like Alvin.

As we finish these last few miles of our race, remember these stories that motivate us to keep running—and remember Alvin J. Justes.