Lessons From History: Leap of Faith
A lesson from an unlikely friendship
By Micah Turgeon • Jan. 12, 2017 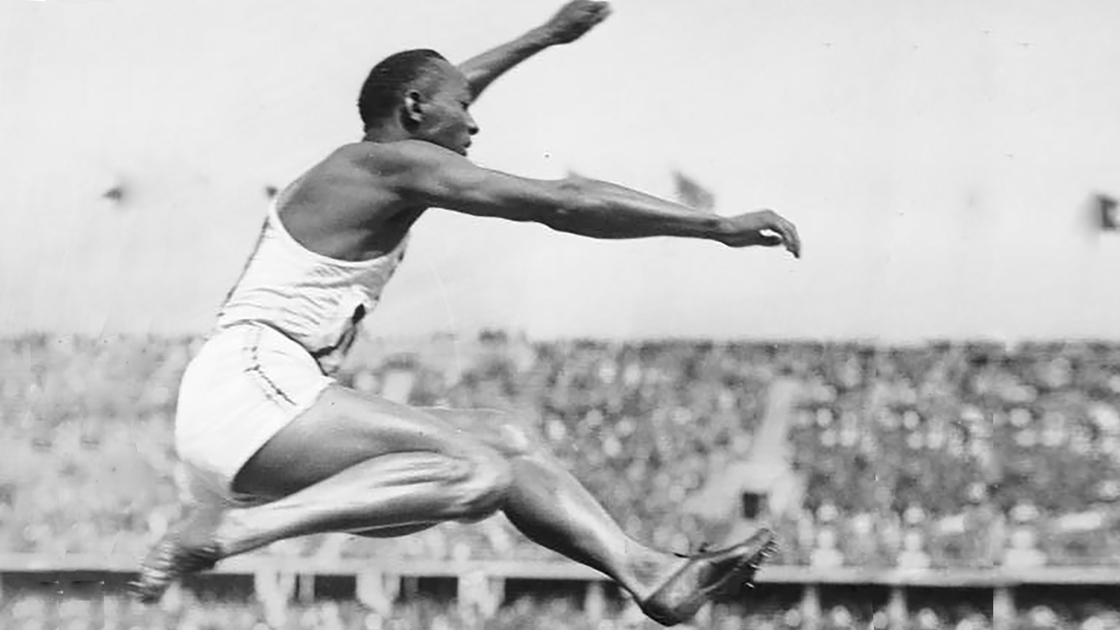 The year was 1936, and deepening political trouble swirled around the greatest sporting event in the world: the Olympics. The Games were held in Berlin, Germany, during the height of Adolph Hitler’s chancellorship. By this time, Hitler had convinced his country of Aryan supremacy, and the Olympics were his chance to prove to the world that his propaganda was true.

One of Hitler’s chief models of Aryan might was Carl-Ludwig Hermann “Luz” Long. Luz was the embodiment of the Aryan: tall and blond, with striking blue eyes. He had previously set five European records for the long jump between 1933 and 1937, and he was expected to win at these Games. The one man who could possibly beat him was a young black man from Ohio. His name was Jesse Owens.

Jesse had already won a gold medal in the 100-meter dash, but Hitler had refused to shake hands with the black American. He was counting on Luz to defeat Jesse, proving that the Aryan race was the dominant race.

In the preliminary round of the long jump competition, Luz lived up to Hitler’s expectations and set the world record. Jesse, on the other hand, committed two fouls by overstepping the marker on his first two jumps. If he overstepped the marker one more time, he would be disqualified from the competition.

Just before Jesse jumped for the last time, Luz came over to him and advised him to jump from several inches before the marker to ensure his last attempt would be legal. Jesse listened to Luz and qualified for the final round with a jump of 7.2 meters.

Jesse and Luz gave the audience a suspenseful show during the finals—they tied distances twice. In the first round of the finals, Jesse jumped a distance of 7.74 meters, which Luz matched in round two. In round two, Jesse jumped a distance of 7.87 meters. Luz answered in round five. The two athletes were on a level playing field, and they were both at the top of their game.

In the end, Jesse was the one who came out on top, with a jump that set an Olympic record: 8.06 meters. He had won the gold.

Immediately after Jesse won, Luz congratulated him by locking him in an embrace in front of thousands of Nazis. After receiving their medals, the two walked arm and arm around the track. Hitler was furious when he saw the friendship between the two men, and he quickly left the stadium.

Their friendship, although frowned upon by most of society, did not die. Owens and Luz stayed in touch after the Olympics for years by writing letters to one another. When Owens later reflected on his relationship with Luz, he said, “It took a lot of courage for him to befriend me in front of Hitler. You can melt down all the medals and cups I have and they wouldn’t be a plating on the 24-karat friendship I felt for Luz Long at that moment. Hitler must have gone crazy watching us embrace.”

In 1943, the repercussions of Luz’s actions finally caught up with him. He was conscripted into the Nazi army and sent to the front lines, where he was killed in battle. It could have been a coincidence, but it could also have been punishment for his courageous decision to befriend Owens. This was the last letter Luz sent to Owens:

I am here, Jesse, where it seems there is only the dry sand and the wet blood. I do not fear so much for myself, my friend Jesse, I fear for my woman who is home, and my young son Karl, who has never really known his father.

My heart tells me, if I be honest with you, that this is the last letter I shall ever write. If it is so, I ask you something. It is a something so very important to me. It is you go to Germany when this war done, someday find my Karl, and tell him about his father. Tell him, Jesse, what times were like when we [were] not separated by war. I am saying—tell him how things can be between men on this Earth.

Luz Long put his life in jeopardy to do something he did not have to do. Nobody expected him to reach out to Owens, yet he was not afraid of the consequences that came from going against Nazi ideologies. He knew Hitler was not going to like what he did, but he did it anyway because he knew it was the right thing to do.

Standing up to negative peer pressure can be one of the hardest things to do. Doing what is right does not often win us praise from people in the world, but it doesn’t usually bring persecution upon us either. In Luz’s case, it did. Luz was killed for doing what was right.

There might be times where you will have a choice to stick up for what you know is right. During those times, it might seem easier to not do the right thing and skate along under the radar, while doing the right thing might seem like it will bring on the ridicule of your peers. In those cases, will you be willing to stand up for what’s right like Luz Long did, or will you cave in to the negative peer pressure?

In Hebrews 11:25, it says that Moses chose rather to “suffer affliction with the people of God, than to enjoy the pleasures of sin for a season.” Choosing to do wrong can be pleasurable—but only for a season. Had Moses stayed in Egypt, he would have experienced great prosperity and wealth, but he never would have had the chance to get to know God and the potential to be born into God’s Family. If Luz Long had not loved Jesse Owens, he probably would not have been sent to the front lines, and he probably would have lived to watch his son grow up. But if Luz Long had not loved Jesse Owens, he also would not have forged a friendship that stood the test of time, and he would not be remember the way that he is today.

Although Luz Long could not be there for his son, Jesse was. Jesse honored the request he received from Luz in his last letter. He found Luz’s son, Karl, and told him about his father. When Karl got married, Jesse stood beside him as his best man. Luz couldn’t be there, but Jesse was.

The next time you are faced with a choice between right and wrong, choose to do the right. God will bless you for your leap of faith.