What We Appreciate on a Date
Some years ago, Worldwide Church of God minister Richard Rice gave these nine purposes and reasons for dating: …
By Rachel Dattolo & Jeremiah Jacques • July 8, 2013 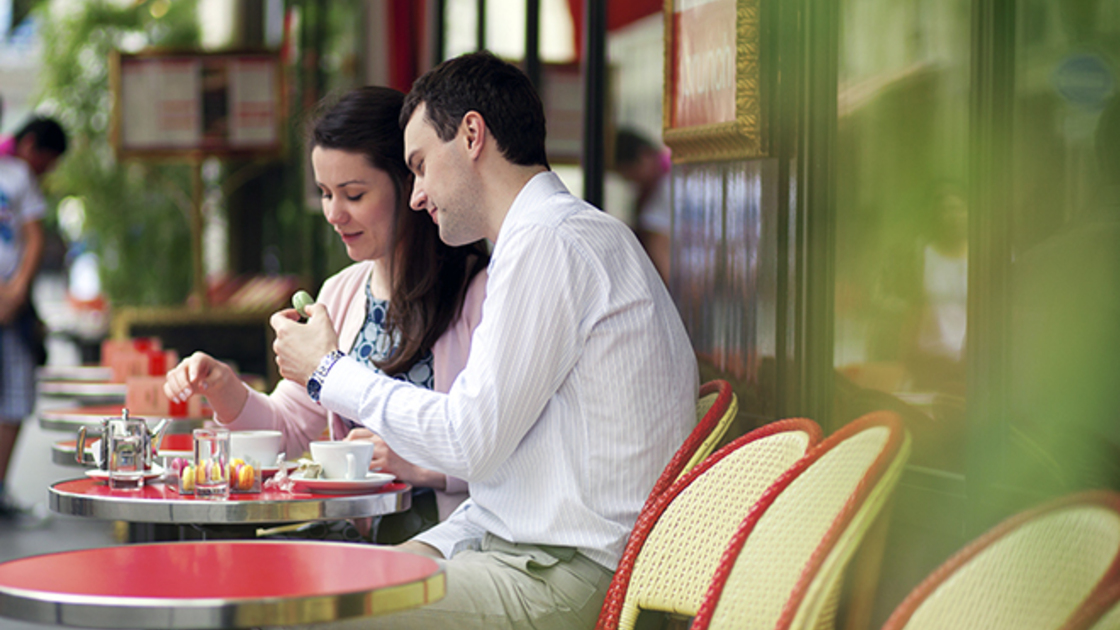 Some years ago, Worldwide Church of God minister Richard Rice gave these nine purposes and reasons for dating:

Richard Rice also admonished that we learn to view casual dating as an opportunity to accomplish two grand goals:

As you can see, the type of dating he is advocating is radically different from what most singles are engaged it. It is a fundamentally character-building activity, with both individuals seeking to serve the other, and growing spiritually in the process.

This is the kind of dating we encourage at Herbert W. Armstrong College, and that we would like to see much more of throughout God’s Church.

Guys and ladies: Want to improve your dating skills? In our online singles Bible Study on June 29, we got many great opinions from our live and online audience about what we, as men and women, appreciate on a date. Listen to what the opposite sex is telling you!

A sense of humor and quickness to laugh. –Joseph Hostetler, Ohio

I appreciate the willingness to try and have fun with any opportunity. –Ryan Woodland

Being able to carry on a conversation on a multitude of topics, not just their own likes. –Laskey Hart, Toronto

One big thing for me is conversation. If you can have a good conversation about what was talked about in the service, or world events, in particular. That’s a really, really big part of a successful date for me. –David Brandon, Edmond

Letting the men do things chivalrously, like waiting for us to open a door. Because as much as I wish I could make a clone of myself, like if you’re going into a restaurant and you’ve got that one room to keep the air conditioning in, I can’t phase to the other door and hold open that door at the same time, so I really appreciate it whenever my date waits for me so I can open the next door for her. Or open up her car door, or something like that. –David Savage, Edmond

Something I like is eagerness. You can be throwing yourself into the date, trying to give yourself in conversation as much as you can, but if the person on the other side is not responding, it does make it a little bit trickier. The guys are obviously supposed to lead in conversation and such, but to have someone who wants to interact, who wants to have that conversation or take part 100 percent in the activity really does help a lot. –Callum Wood, Edmond

I find that the simple dates are usually the best. Even if you have this great, extravagant plan, and it doesn’t work out, if the date’s just fine with it and goes along, even if you just sit around and talk for a few hours, some of the best dates have been like that. – Joel Hudson-Stewart, Edmond

Their opinion. Sometimes you ask a girl, “Where would you like to eat?” And she says, “Oh, wherever you want to go.” It’s kind of nice to get that feedback so you kind of get to know them that way as well. –Robert Glennon, Edmond

I love to match my dates in colors. I really appreciate that a lot. –Justin Goodearl, Edmond

I like it when a woman just sounds really happy to get asked on a date in the first place, instead of trying to think of some reason why they wouldn’t want to go. And also maybe just a short note at the end of a date, or a few days later, or a letter. I keep all of those from all of my dates. And it’s always encouraging to go back through those; see who appreciated the date a lot. –Grant Turgeon, Edmond

I really like it when someone opens the door for me—and even though that is a really simple gesture, it just shows that the date is aware of me. Pushing the chair in at dinnertime too is a really nice way of being treated well. –Jackie Curran, UK

I would really appreciate it if my date started the conversation and not wait for me to start it. –Je Becera, Philippines

Let the man communicate. Allowing the man to be a man. –Brenda Muller, South Africa

Relax—if a date is trying too hard to impress, it makes me feel uncomfortable. –Helen Chadwick

I would like for them to be themselves. –Tamara Thomas

I like it when my date has ideas already before entering the date. It’s hard when they ask, “So where do you want to eat?” “So what do you want to do?” etc. –Siobhan Simmons

I like it when I’m on a date and we’re serving in some way. I just think that’s really bonding and it helps build up the family. –Jordanya Rouzer, Edmond

I think decisiveness is a big deal. Like, they’ll take your suggestions on what you want to do, but in the end, they’ll decide what you’re going to do and what time and all of that. That’s very attractive. –Brooke Davis, Edmond

Sometimes it’s nice to have a spontaneous date on the spur of the moment, but a lot of times I just really appreciate when a guy shows that he put thought and planning ahead of time into it instead of just depending on it being spontaneous all the time. –Aimee Goulet, Edmond

I really like it when someone pays attention to you. I’ve had dates where people are on their phone and they’re texting, and I know they’re texting a girl because I can see. … Or, you’re in a conversation and you feel like they’re not even there. That’s something that really bothers me and it’s kind of similar … to them just really being interested. Because it’s a date. –Danielle Underwood, Edmond

I really like double-dating because you can still have one conversation where everyone is getting to know each other and then it can take some of the pressure off, if you don’t know the person as well. But I’ve had some really good conversations and you get to know several people and bond with them on a double date. –Sharalee Fraser, Edmond

Readers, what do you think? Feel free to keep this discussion going in the comments below.