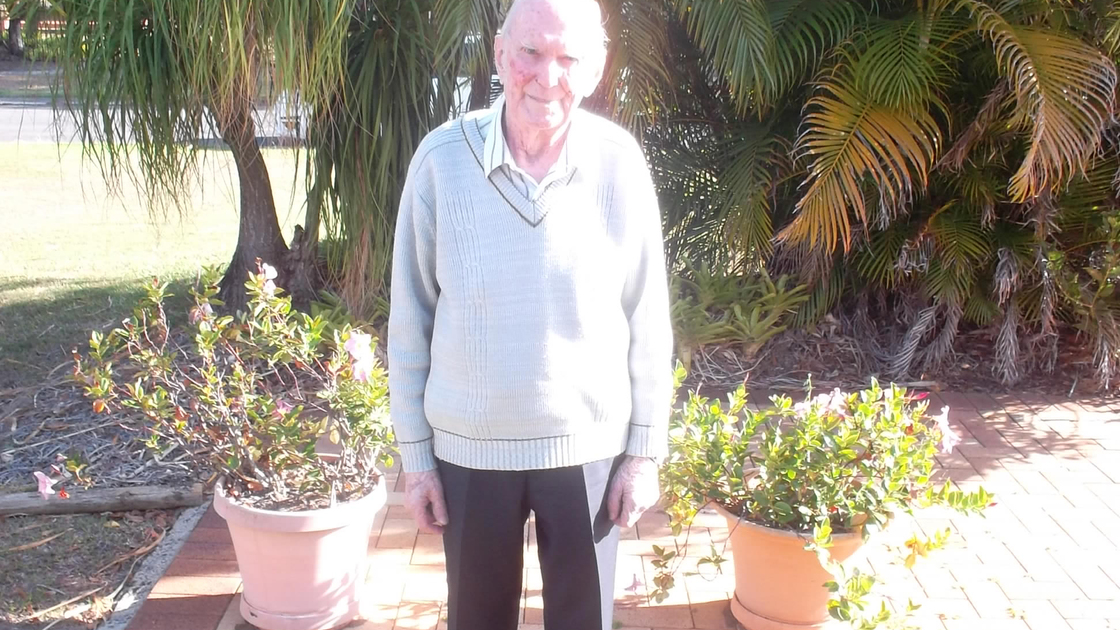 AUSTRALIA—As George and Violet Bell looked out over 650 acres of wheat fields and sheep and cattle pasture in Narrabri, New South Wales, in 1927, they likely wondered what the future would bring for their newborn baby, Alex.

Alex grew up on the farm, helping Dad milk the cows by hand and blocking calves from trying to sneak in and have a drink. He traveled to school in the horse and sulky and spent hours on the open spaces of the farm.

Alex left home four years later at age 18 and got a job as a process worker at an engineering firm in Sydney. The great coal strike of 1949 forced the firm to close, around the same time he was suffering a bad bout of homesickness.

“When I lived on the farm, sowing the wheat seed, watching it grow, the seedlings breaking through the soil, early morning dew glistening on the top of them, it looked like a field of diamonds,” he says. It was time to return to the farm.

His father allowed Alex and his younger brother Peter to work the wheat side of the farm business. The venture struggled. The 3,000-pound debt to his father blew up to 25,000 pounds. Bell looks back on this and believes that it was the time when God began to work in his life.

“I thought that I was going to be this big, important man, buying a Twin Piper Comanche plane, flying to the Melbourne Cup horse race, but it all came to nothing,” he says. “God was helping me to see that too much of my focus was on the way of get.”

Around 1949, Bell read an ad about the spreading threat of communism that had been posted by a Christian group in the local Narrabri paper. He attended the group’s event, and he remembers the minister saying that Christ said He would build His Church, and the gates of hell would not prevail against it. After that night, Bell says, “I became very interested in religion and deeply anti-Communist!”

Meanwhile, he continued his work, which by this time was doing contract plowing for an American cotton farming company. The company could now sow all the land that had been plowed, so it gave Bell 1,000 acres to plant himself. This is where several miracles would occur.

But first, Bell experienced his initial contact with Herbert W. Armstrong through the Plain Truth magazine, shared with him by a friend. He was immediately interested, and traveled to the Church’s regional office in Sydney to ask to speak to a minister. The minister emerged from his office, answered many of Bell’s questions on the spot, and invited him to attend services.

After less than two years of attending with the Worldwide Church of God, it was time to go to the 1964 Feast of Tabernacles. At harvest time, God blessed Bell with a bumper wheat crop, providing almost 50,000 pounds in income. For the first time in many years, Bell was able to pay back the money he owed to his father.

The year 1967 was momentous. Bell was baptized, his brother died, and he moved to Newcastle. During this time, he attended Spokesman Club, graduating in 1971. After moving to Western Australia and back, he ultimately bought out his father and returned to the family farm in Narrabri.

“I was a dyed-in-the-wool bachelor, almost 50 years old when I met Gerda Woythe,” Bell says. “Initially Gerda did not want to marry, but I put one of the seven laws of success to use: perseverance!” After counselling, the two were married Dec. 18, 1977.

Bell clearly remembers the 1970s as a deeply difficult time for the Church with many government and doctrinal issues. When God used Pastor General Herbert W. Armstrong to put the Church back on track from 1979, Bell says, “We felt at home again, safe, he really was a type of father to us at that time.”

Bell remembers “Recent History of the Philadelphia Era of the Worldwide Church of God,” a Worldwide News article that came out a few months prior to Mr. Armstrong’s death in 1986. In it, Mr. Armstrong warned Church members, “[T]hink about and understand what happened to God’s church in the 1970s, lest history repeat itself! I want you to see the fruits of rebelling against God’s way and God’s government.” After Mr. Armstrong died, the Bells took notice of any doctrinal changes coming out of Pasadena.

It didn’t take long: Changes came regarding cosmetics, the born again doctrine, healing, “fun with prophecy” and many other teachings. By 1990 or 1991, when a letter arrived from a Philadelphia Church of God minister informing the Bells about Malachi’s Message, they were ready to read it.

After all the pain and problems that followed the death of Mr Armstrong, coming into the pcg was “a wonderful moment in our lives,” Bell says. He and his wife kept their first Feast in the pcg in Christchurch, New Zealand, in 1991, meeting Pastor General Gerald Flurry and his son, Stephen. “We felt on safe ground, from the revelation that God was giving Mr Flurry, and the fact that we were being fed and spiritually nourished again.”

“All those years ago, when I first heard this minister say that Christ would build His Church, and the gates of hell would not prevail against, even though this man did not understand those words, it really came to life for us, and to see how God fulfilled that prophecy right before our eyes is deeply moving,” Bell says. “The last 25 years has been a wonderful experience. The knowledge we got from Mr. Armstrong gave us the spiritual base, the foundation, and the revelation that God has given Mr. Flurry has been incredible and built upon that foundation. We love the way that Mr. Flurry has remained so loyal to the truth of God.”

Mr. and Mrs. Alex Bell continue to attend services every week with the congregation in Brisbane.