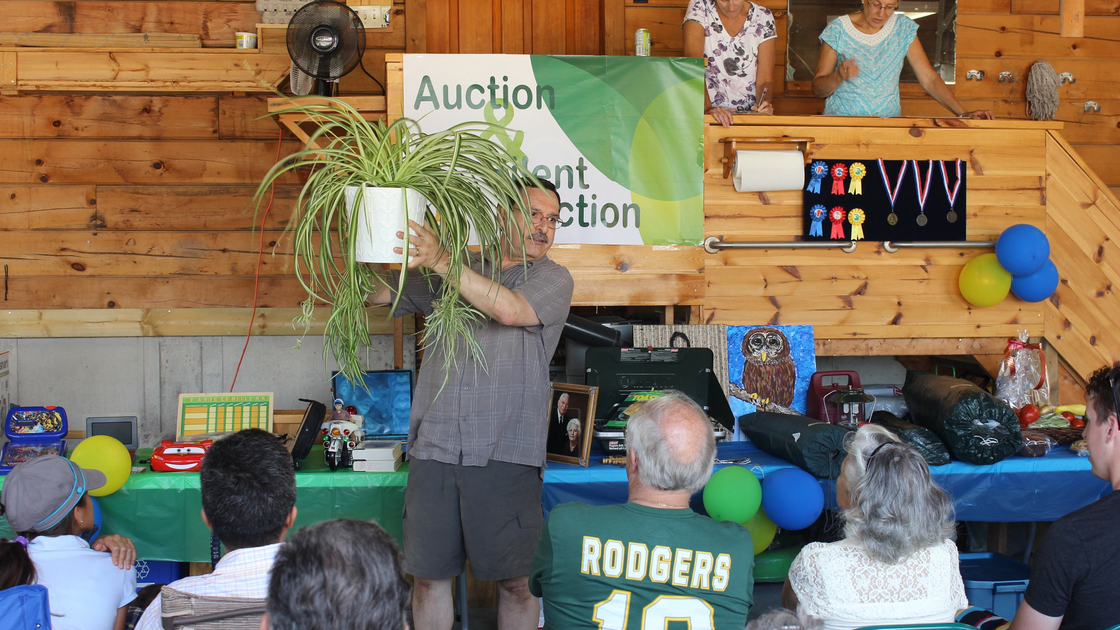 CANADA—Approximately 60 members from the Milton and London, Ontario, congregations gathered at the Dattolo home on August 21 for their annual picnic, auction and games day.

After a potluck lunch, Regional Director Fred Dattolo and Local Elder David Weeks took turns auctioning off items ranging from an autobiography by Hebert W. Armstrong to local artwork. After an hour of good-natured bidding, members scattered to play a series of games on the colorfully decorated lawn.

Members split into three teams: Azariah, Meshael and Hananiah. To start off, team members attempted a water balloon toss. After much laughter and splashing, they turned to another wet activity: pouring water over their heads into a cup their teammates held behind them. Several other games followed, including fill-the-bucket relays and a contest requiring members to arrange the books of the Bible in order. Those watching from the sidelines laughed as the teams began to sing the “Books of the Bible” song to help them recall the order. Team Azariah ended the day in first place.

“I liked the water balloon toss the best,” member Rachel Dattolo said. “It was funny to try to bounce a water balloon into a basket someone else held on his head.”

After the games, members went inside to place their bids for the silent auction. As final bids were hurriedly scribbled down, the local ministers and deacons judged the pie contest.

By the end of the day, the two congregations had raised over a thousand dollars for the pcg building fund.

“My favorite part of this activity is being able to fellowship with the brethren in a fun, family-style atmosphere,” local member Gabrielle Schlote said. “The picnic and auction is a great time to catch up with family.”