Lifelong Learning
How much do you love to learn?
By Wayne Turgeon • Dec. 8, 2016 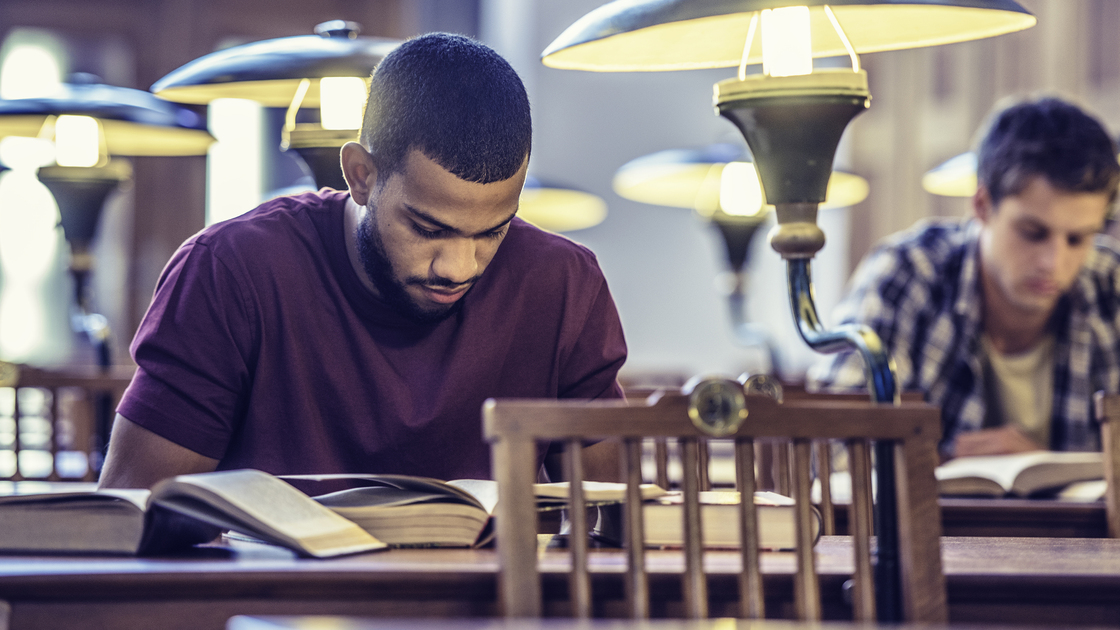 Imagine the following scenario: Herbert W. Armstrong’s wife, Loma Armstrong, began observing the seventh-day Sabbath. At the same time, his 19-year-old sister-in-law told him that he was ignorant if he didn’t believe in the theory of evolution.

Mr. Armstrong confidently stuck to his stance. Sunday had to be the “Lord’s day” because that is the day that all the churches kept—and surely all of those churches couldn’t be wrong. He firmly believed that evolution was a false theory and told his sister-in-law that she only believed in evolution because she had blindly accepted whatever had been funneled into her mind in her freshman biology class.

His wife and sister-in-law were both as determined in their opinions as he was. He was faced with a challenge: Prove it!

What about us? Have we proved what we believe? What would we do if we were presented with the same dual challenges that Mr. Armstrong faced?

Mr. Armstrong was 34 in 1926, the year he faced these questions. He had been out of high school for 16 years. It would have been so easy for him to simply brush these questions off and decide that it didn’t matter, but he didn’t. Instead, he embarked upon an intense, six-month long, night-and-day study into both evolution and creation, seeking to find the truth. He may have learned about the Sabbath years after high school, but he had developed a positive attitude toward learning during his childhood. His writing references a wide spectrum of history, math, science and literature. He had a solid foundation in many kinds of knowledge, and he had a naturally curious mind. He wanted to know.

Mr. Armstrong never stopped learning. At 93, he was still learning. That was the year he finished the greatest companion book to the Bible ever written: Mystery of the Ages. God filled his mind with so much new knowledge when he wrote that book that he said he felt like he didn’t even write it. He never stopped learning, and neither should we.

Proverbs 2:3-5 says, “Yea, if thou criest after knowledge, and liftest up thy voice for understanding; If thou seekest her as silver, and searchest for her as for hid treasures; Then shalt thou understand the fear of the Lord, and find the knowledge of God.”

The word “knowledge” in verse 3 means: “intelligence; to become intelligent; a skill in any art or learning.” It’s about becoming intelligent. This is a process—a life-long endeavor. And if you are earnestly seeking the right kind of knowledge, you will find God. This is exactly what happened to Mr. Armstrong. God provided this dual challenge from his wife and sister-in-law to encourage him to research and prove the falsehood of evolution. He worked really hard to find the truth through that six-month night-and-day study, and by proving evolution false, he proved the existence of God. This knowledge wasn’t just handed to him on a silver platter, though. He had to really work at it. He had to dig deep to find those golden nuggets of truth.

If you really apply yourself to your education—in music, art, dance, languages, math, science, English, history, etc.—you will become a truly educated individual. Realize that you are never finished learning. You may finish school, but learning should never stop. You should constantly be gaining new experiences and filling your mind with the knowledge of God, even into old age—just like Mr. Armstrong did.

It’s your choice. You can switch off. You can tune into the wrong influences and media instead of exercising the brain God gave you. You can fill your mind with the wrong kind of knowledge. Or you can dedicate yourself to a lifetime of learning God’s way and reap the wonderful blessings that come from that decision. It’s up to you.

If you apply yourself in school, it will set the foundation for you to continue learning throughout your life—particularly if you go to Imperial Academy or Armstrong College, where all learning is based on the right foundation: God’s Word.

Mr. Armstrong wrote in his autobiography, quoting his uncle Frank: “Education comes from study—from books—from lectures—from contacts—from travel—from thinking about what you see and hear and read—and from experience.” Many people think they are finished with learning after school. But if we want to be truly educated, our life experience will continue to educate us for as long as we live.

Mr. Armstrong, as well traveled as he was, first went overseas when he was 55 years old. He was still learning and pursuing new experiences at 55 years of age! Most people are starting to think about slowing down when they reach that age, or maybe even of retiring in five or 10 years. But not Mr. Armstrong. God helped Mr. Armstrong because he was willing to continue to learn. His life was not easy; he had to push through many tough trials, and many times he wanted to give up because it was so difficult. But aren’t you glad that he persevered? He is the reason why we have Herbert W. Armstrong College and Imperial Academy today.

The right kind of learning helps us get to know God. We will never be able to fully grasp His depth until we are spirit like Him, so we need to spend our entire physical lives adding to our fund of knowledge, wisdom and understanding. Then we can be better servants, better tools and better instruments in God’s hands.

In the December 1965 Plain Truth, Mr. Armstrong wrote: “The Bible is not a book of sentimental religion, as most people think of religion. It contains the foundation of all knowledge, whether of science, of history, of psychology, of genetics, of sound business principles, of health …, of international relations, of government, of family relations, of sex, of social science—the basis and the foundation of all branches of knowledge.”

Do we see the Bible as that foundation? Do we really respect and hold up the Bible—the instruction manual God has given us—as the foundation of all knowledge? We have to learn to see the Bible that way. We cannot afford to ever stop learning God’s way of life. No matter how many decades we’ve been in God’s Church, we have to keep learning more and more so that our path will be lit up by God’s revealed truth.

Romans 11:33 says, “O the depth of the riches both of the wisdom and knowledge of God! how unsearchable are his judgments, and his ways past finding out!” But that doesn’t mean we give up and stop trying. That means we just have to try harder. If we do, God will partner with us to help us become the most educated and exalted people on the Earth. We have such an amazing future—we are called to go out there and rule the stars! But God won’t give us that responsibility unless we put in the effort now to qualify for it.

How much do you love to learn? How much do you crave to know as much as you possibly can about God and this wonderful way of life? If you learn it now, you can give it to others in the future who are living in terrible ignorance and darkness in the world today.

That’s our mission. That’s our future. That’s our job. We are going to cover this Earth with waters of knowledge miles deep, spiritually speaking. We will rid this Earth of the darkness of Satan and his demons forever, and we will fill the Earth with the marvelous light of God’s truth.

How much do we need to learn? All that we can—because we are soon going to embark upon an eternity of lifelong learning.