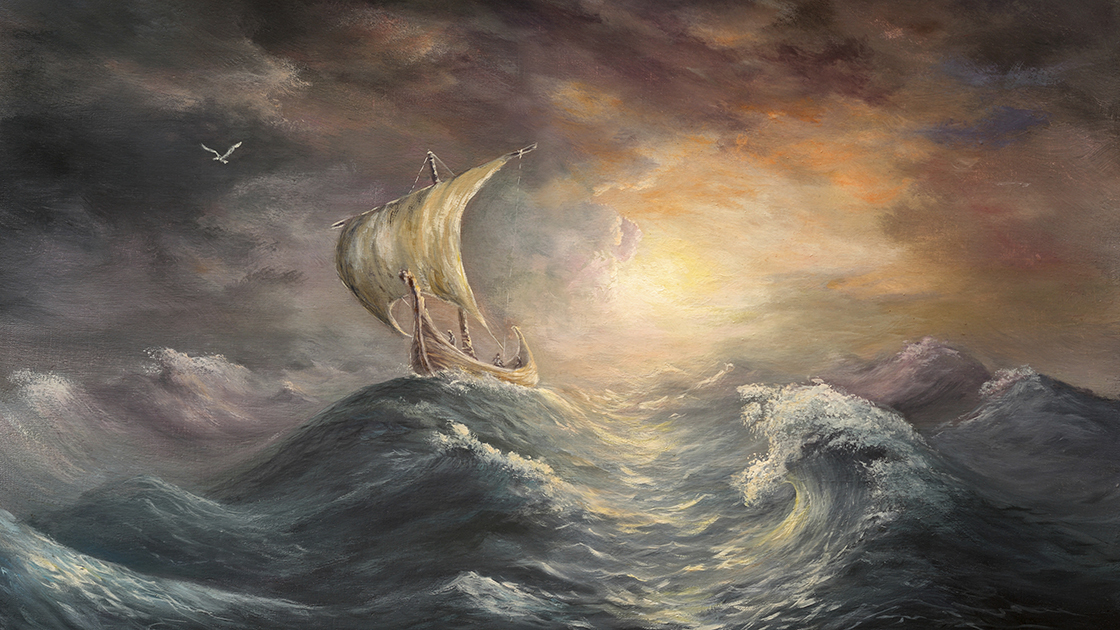 The Apostle Paul had a remarkable life. His calling and conversion by God was unique, forceful and memorable. Paul (originally named Saul) was journeying to Damascus. Suddenly a light from heaven shined around him, and then Jesus Christ Himself spoke to Paul. He then blinded Paul for three days. Few people can say that Christ personally intervened in their calling to that extent.

Paul then went into Arabia and was taught and instructed personally by Jesus Christ.

With all this direct attention from his Savior, the great Creator of the world, you would think that Paul’s slogan for the rest of his life would be, “Life is good.”

The amount of personal attention Paul received from Jesus Christ seems like it would produce a happy, tranquil state—a tension-free existence, an emotional tropical island. Jesus Christ, who sits in the throne room in the third heaven, was personally on Paul’s side. Wouldn’t that mean that Paul’s life and labor should be stress free?

Paul said his Christian experience was filled with troubles. He was perplexed, puzzled, as to what was going on at times—and why was it happening, anyway? He was persecuted. He had even been knocked down.

This is Paul. He had special attention from Christ. But when you read what was going on with him, you want to say, Wait a minute here—time out! This just does not seem right.

You have a personal, hands-on relationship with the God Family. God has given you an assignment. God knows what is going on in your daily life. He and His Son have all power and authority. And you are trying to do God’s will. Yet you end up perplexed and surrounded by difficulties, persecuted and even knocked down. What happened to “life is good”?

This is a common mistake true Christians make. You might think, I am called; I have a relationship with God; I am repentant; I am obeying; I’m begotten by God.Life should be good: It should be tranquil, free of stress and tension. I shouldn’t have undue conflict and uproar in my life.

You might also think, If I am stressed or things aren’t going well, then I must be doing something wrong. God must be displeased with me; He must be punishing me. Is that always the case?

Sometimes a Christian will seek God’s will, he will fast and pray, he will get abundant counsel, and then he will make a major decision in his life. And the next thing he knows, that decision results in complications. He thought his decision would produce only delightful results. Yet he finds himself troubled, perplexed. He begins to assume, This must have been my will after all; it must not have been God’s will. If it was God’s will, I’d be experiencing “life is good.” I’d have abundance on top of abundance—only positive fruits and no negative results.

Is that the proper evaluation?

In 1996, members of the Philadelphia Church of God received the first copies of a special, newly reprinted book. Notice what Stephen Flurry wrote regarding some of the events involved with printing that book:

“Our big day came … on December 20, 1996, when we received our first copy of Mystery of the Ages—reprinted for the first time by the Philadelphia Church of God. For about a year, my father had seriously considered the move. He had discussed the subject with a few of us ministers at pcg headquarters in Edmond.

“He advised me to contact a Washington, d.c., copyright attorney …” (Raising the Ruins).

Pastor General Gerald Flurry said in a sermon at pcg Sabbath services on Jan. 4, 1997, “I feel that Jesus Christ is not going to tolerate that book not being printed any longer. I believe that. And I’m willing to base a lot on that.” Later, he exclaimed enthusiastically, “That book belongs to us! God says so. And God will back and support us” (ibid).

It was the right decision. It was a God-inspired decision. And … on Feb. 10, 1997, the Worldwide Church of God (wcg) filed a lawsuit against Mr. Flurry and the pcg for printing Mystery of the Ages. That legal conflict dragged on for nearly six years until Jan. 16, 2003.

The decision Mr. Flurry made after seeking God’s will and applying His will resulted in almost six years of complications! It resulted in hiring and meeting with attorneys, giving depositions, going to court, winning judgments, then losing appeals. Those are troubles. We were puzzled and perplexed at judicial decisions, knocked down by the Ninth District Court, troubled by the lack of support from other ex-wcg members and ministers, and even attacked by some members of the pcg.

So did all these complications make Mr. Flurry’s decision the wrong decision? No!

Sometime in the past, God the Father and the Word decided they were going to re-create themselves. They were going to have a family of God beings. They chose a way to accomplish this: They would create human beings with a spirit in them, then they could combine their Holy Spirit with the human’s spirit, and the human then could develop the character and the mind of God. They carried out that decision and created the first man. Mankind has now existed for almost 6,000 years, and the result has been nothing but complications for the God Family for 6,000 years.

Yet it was the right decision. However, God and the Word have been disappointed and troubled by the human beings they created. Genesis 6 says it repented God that He even made man. Mankind has caused a lot of complications. But God’s plan is still a marvelous plan, and it will yield great results.

If you seek God’s will, and you have a relationship with Him, and you make a decision, just because you experience problems going forward does not necessarily mean you made the wrong decision. God may be allowing circumstances to try you, to test you, to develop you.

Read 2 Corinthians 4:8-9 again. Christians who obey God, who have a relationship with God, can be troubled, but not to the point of distress. Christians can become perplexed or puzzled: Why did God allow this? Why is this going on? Why isn’t this being resolved more quickly? Perplexed or puzzled yes, but never to the point of despondency or quitting in despair. Christians can be persecuted, but they will not be forsaken by God. And Christians may be knocked down sometimes—but never knocked out.

Build that relationship with God—thoroughly seek His will in your decisions and in your actions. Know that you still may suffer. God may allow complications to occur to prove your love and devotion to Him and to His law, but keep moving forward!

Here’s what Paul wrote in Romans 5:2-4 (Amplified Bible): “Through Him also we have our access (entrance, introduction) by faith into this grace … in which we firmly and safely stand. And let us rejoice and exult in our hope of experiencing and enjoying the glory of God. Moreover—let us be full of joy now! Let us exult and triumph in our troubles and rejoice in our sufferings, knowing that pressure and affliction and hardship produce patient and unswerving endurance. And endurance (fortitude) develops maturity of character—that is approved faith and tried integrity. And character of this sort produces the habit of joyful and confident hope of eternal salvation.”

Do not get into a negative state because of your troubles or the complications in your life. Don’t let the difficulties distress you; do not crumble into despair; do not consider yourself forsaken or destroyed. You are a begotten child of God!

Verse 5 says, “[T]he love of God is shed abroad in our hearts by the Holy [Spirit] which is given unto us.”

Yes, Paul was dealt with hands-on by Jesus Christ Himself—and he experienced difficulties. You are begotten by God, and you likewise will experience difficulties. But they are all light afflictions and truly only last for a short period.

You must focus on your eternal reward, not on the things that perplex and puzzle you. Focus on the things which are not seen. Then, even with the complications that annoy you—even amid the ones that knock you down—you can realize and firmly believe that yes indeed, “life is good!”