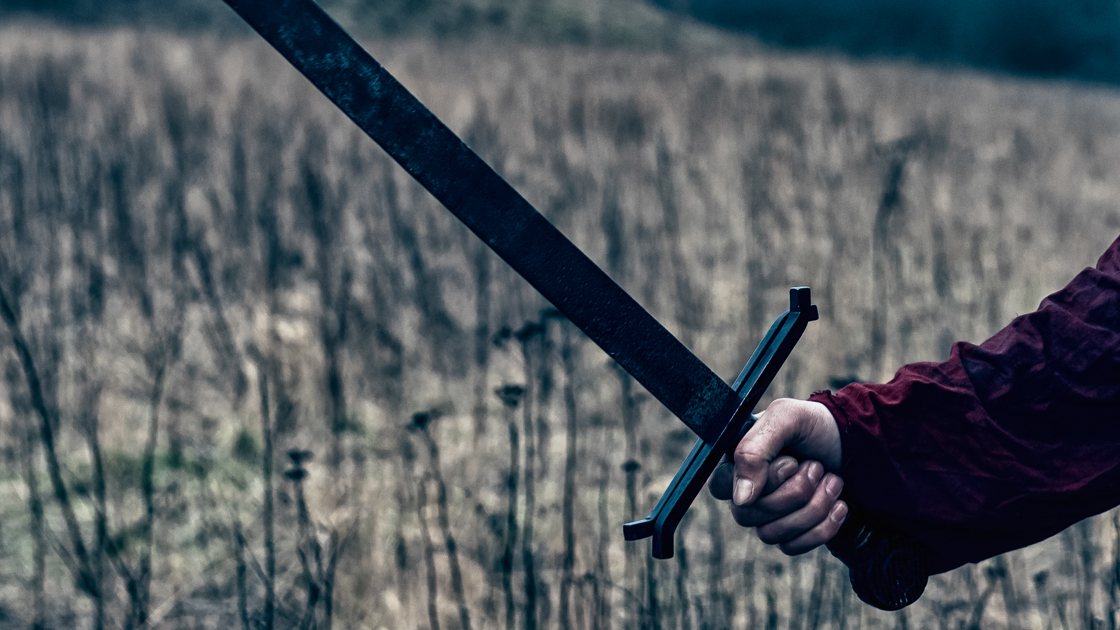 King David was Israel’s greatest king. He reigned for 40 years, and transformed an oppressed people into the foremost nation of the world. When Saul was killed at the battle of Mount Gilboa, the Philistines were threatening to overrun the Israelite heartland, and already treated Israel as a vassal state. When King David died, Israel was a united kingdom that ruled over its enemies and had restored the worship of God.

David did not achieve this by himself. Supporting the establishment of God’s nation was a group of tremendous warriors. David’s last words are recorded in 2 Samuel 23. Starting in verse 8, the acts of the mighty men of David are recounted. These accounts contain some of the most heroic and masculine acts in the Bible!

There are many lessons from the acts of David’s mighty men that can aid us, end-time Christians.

The story of these men began when David was only a teenager in one of the darkest periods in Israel’s history. A 17-year-old was the only man in all of Israel willing to fight Goliath! He didn’t think twice about fighting one of the fiercest warriors at that time! We need that same courage to fight for God today.

Notice what David said to Goliath, who had defied God: “Thou comest to me with a sword, and with a spear, and with a shield: but I come to thee in the name of the Lord of hosts, the God of the armies of Israel, whom thou hast defied. This day will the Lord deliver thee into mine hand; and I will smite thee, and take thine head from thee; and I will give the carcases of the host of the Philistines this day unto the fowls of the air, and to the wild beasts of the earth; that all the earth may know that there is a God in Israel” (1 Samuel 17:45-46).

In The Former Prophets, Gerald Flurry wrote: “David knew he was a king, and he thought like one, and he fought like one. He was quite a king even before he became king!

“David displayed amazing faith and courage here. He personally stepped up and killed the giant who brought such a reproach on Israel.

“You will see the impact one leader can have on his nation and the world when he believes the living God!”

In the modern Church we have tremendous examples of faith-filled giant-slayers, including our pastor general and Herbert W. Armstrong. Their examples motivate us to fight in the same way! Each of us will have to fight a unique trial and overcome our own personal weaknesses. This was no different in ancient Israel. Each of the first three men described in 2 Samuel 23 stood alone in their battle, but always had the example of David close by.

The first of the three was Adino the Eznite, the chief of all the captains (verse 8). He smote 800 Philistines with a spear in one battle! This was a spectacular display of tenacity, courage and faith!

The second warrior was Eleazar the Ahohite (verse 9). In one battle with the Philistines, “the men of Israel were gone away.” The men of Israel were nowhere to be seen! This is also shamefully true of modern-day Israel, physically and spiritually. There is a fever-pitched conflict and many have fled.

Eleazar saw this sorry spectacle and did something about it! “He arose, and smote the Philistines until his hand was weary, and his hand clave unto the sword: and the Lord wrought a great victory that day; and the people returned after him only to spoil” (verse 10).

When you face a trial, do you pray and study until your hands cleave unto your Bible? Do you push past exhaustion and obstacles to fight battles on your knees?

The third hero was Shammah, who single-handedly defended a piece of ground until the enemy fled! (verses 11-12). This is the uncompromising attitude we need in conquering sin.

These three men were chief among the 30 (verse 13), and together they performed an outstanding feat. David’s hometown, Bethlehem, was under occupation by the Philistines. David longed for a drink from the well in the city (verse 15). Upon hearing that, these three men broke through the Philistine garrison and brought David some water from the well!

This may seem like a dangerous diversion, but there is a lesson in it all. These men risked their lives for physical water. How much more would we fight for the water of eternal life?

These mighty men fought with swords and spears. As Christians today, we fight on our knees and with the sword of the Spirit. We have spiritual armor (Ephesians 6) which can protect us from the devil. Most importantly, we have Jesus Christ, the Captain of our salvation, leading us into battle.

We have wonderful examples of faith-filled warriors in the Bible, and some living among us today. God wants us to stand up and attain that same heritage. He needs end-time mighty men and women. Be of good cheer, and be a mighty Christian of valor.