PCG members: In addition to PCG Signposts, sign-up for the members-only Friday Philadelphian weekly email newsletter! Click here or email news@pcog.org ✖
These People Need Our Hope
Are you ready to give it to them?
By Christopher Eames • May 26, 2016 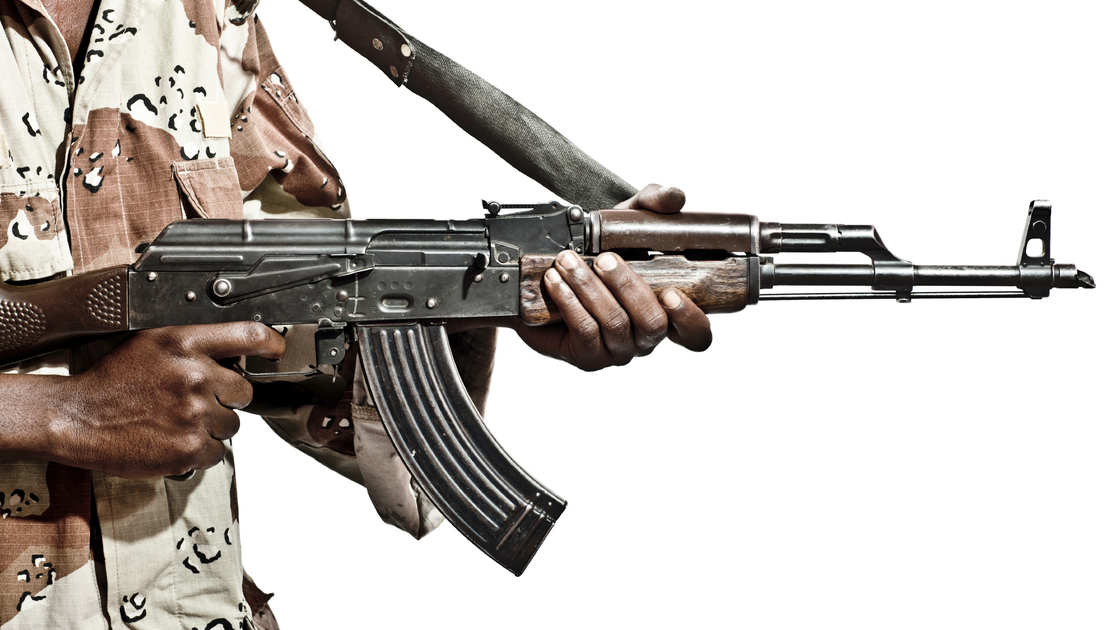 How much hope do you have in your life? Perhaps you haven’t thought much about that before. What are the things that you hope for the most? Here in the West, we live fairly privileged lives. We don’t hope we’ll have dinner tonight or hope we’ll have a bed to sleep in. These are just things we expect—that we perhaps take for granted.

Here’s another question: How much hopeare you prepared to give? You are aware of people out in this world who are suffering horribly—leading hopeless lives. Have you ever thought about how much hope you are prepared to give them? Let’s make this more personal by examining the lives of a certain group of young people who desperately need hope.

Have you ever heard of the large group of teens and preteens who are fighting in Africa to topple a corrupt government army and to govern their land according to the Ten Commandments? The desire for such a rule sounds noble and just—but it is not as simple as that.

Actually, these children and teens are part of a ruthless militia composed of members who have been violently kidnapped and indoctrinated. Theirs is not a valiant freedom-fighter group, battling for the cause of the poor and oppressed. While fighting for an apparent byline of “rule by Ten Commandments,” this group throws every single commandment out the window in the process. The horrors that the young people in this group go through are nearly incomprehensible.

They are the Lord’s Resistance Army (lra).

Perhaps you have heard of this group or its leader. In the 1980s, Uganda was taken over by Yoweri Museveni’s National Resistance Army (nra). The nra toppled the existing presidency, and Museveni became the leader, remaining so to this day. But a wake of genocide, destruction and rape was left behind by the army.

The lra’s recruiter, Joseph Kony, was originally a Catholic altar boy and subsequently the apprentice of a witch doctor. He claimed to be possessed and visited by multiple spirits. Kony rose up with a group of primitive and savage rebels who evidently had nowhere else to go, and he began a campaign to fight the nra and Yoweri Museveni.

Kony called his group the Lord’s Resistance Army. He recruited and indoctrinated children and teenagers en masse for his force, sometimes by kidnapping them. For instance, 12-year-old Norman Okello was coming home from a rice field with his father when he was stopped and surrounded by five dreadlocked military men who asked him if the man he was with was his father. He denied it—if the militiamen had found out the truth, they would have made Norman kill him. Norman was then clubbed unconscious by the men and forced to march upon reviving. Telegraph journalist Will Storr wrote on February 12, 2014:

The lra’s grim genius was its ability to magic nice young boys into killers. The abandonment of hope Norman describes is the first stage of its psychological spell. Three days later, it took its next descending step. They’d spent the intervening time marching. “They’d say, ‘Do you want a rest?’” Norman says. “If you say ‘yes’, they take you under a tree and kill you.” The abductees were told they were unclean and were forced to eat away from the soldiers. Then, Norman was allowed in. They mixed shea oil and water and put the sign of the cross on his head, lips, hand and heart. “I was not unclean anymore,” he says. “I could even eat with them.” Was it a good feeling? “Yes.”

The recruits would gradually begin to identify with their kidnappers, which is termed Stockholm syndrome. Armed to the teeth with weapons, these young people were forced to kill early on—the more quickly they lost their innocence and gained a guilty conscience, the better. Storr continued:

As Norman’s own violence grew, and he passed his munitions training, he received a full blessing ceremony. Successful children were lined up as their brigade clapped and sang, and handed new weapons sprinkled with holy water. ‘They do that to bring you and the gun together.’ They were anointed, once more, with shea oil mixed with egg and a milk-like substance. After the ritual, the boys had to spend three days bare-chested, showing their markings. ‘You feel very proud,’ he recalls. ‘You feel you’re now one of the family of the lra. You are one of them, you are part of them, all you have is them. You forget about home.’

The horrors of lra life are unimaginable. The group attacks peaceful villages at random, killing indiscriminately. If new “recruits” don’t kill their first victim quickly enough, they are beaten. Such was the case with Charles, who has now been through a rehabilitation center. It wasn’t long, though, before he was finally broken into what the lra commanders wanted—a stone-cold killer, responsible for the murders of over 100 people. He participated in the random killing, burning and mutilating of the innocent—and even forced cannibalism. These are the horrors that these young people in central Africa are experiencing right now.

Rehabilitating the soldiers, many of whom are now adults, is a tricky process. Lack of resources and proper help make efforts to heal these sorely damaged minds all the more difficult. Rescued soldiers experience depression and hopelessness. Some consider suicide. The zeal of a number of individuals and organizations trying to help free these captured minds is inspiring, but that doesn’t get to the root of the problem. Being free from the lra isn’t the end of the road for the suffering.

Take Alice, for example. She was 12 when she was kidnapped. She spent three years fighting with the lra and was freed after being left for dead during a battle. Her rescue should have been the end of her terrifying ordeal. However, when she got back home, her father prostituted her to an army soldier in return for alcohol and a bicycle. Or there’s Janet, who spent 12 years with the lra. Only a few short weeks after she escaped, she was beaten and raped by Ugandan government soldiers after refusing to marry one of them. She became pregnant. It is a lose-lose situation for these troubled young people.

Alice sometimes wishes she were back in the bush. Her mind is still broken from her captivity. Scars that run so deep are hard to heal.

I sometimes feel that it would be good if I was in the bush still because at least there I had power and access to whatever I wanted. In the bush, you can get what you want from people because you have a gun—but here I do not have a gun. In the bush, we were free to do anything we want without much control. You could ambush vehicles, you could loot.

In many ways, the women who leave the lra feel abandoned by the Uganda government. “The women say that—unlike the Ugandan government—the lra at least fed, clothed and housed them and their children” wrote Alice’s interviewer, Marc Ellison, for the Toronto Star (May 19, 2012).

In the 30-year history of the lra, more than 100,000 people have been killed; over 100,000 children have been forced to fight or become slaves; 2.5 million have been displaced from their homes. Such madness is the ongoing story of children and teenagers in the lra. While its group numbers have taken a hit lately, and with military forces still trying to hunt Joseph Kony down, the lra remains very much at large. And its recruitment techniques haven’t stopped. In the first three months of 2016, it had already abducted over 200 to help replenish its numbers.

These are young people our age and younger who should be living a fun, educational, happy life—not toting around guns. Who shouldn’t be married at 12 years old. Who shouldn’t be abused, no matter which side they are on. Who shouldn’t be in such a state of mind that they are able to torture and kill other innocent human beings. Can we see the real nature of man (Jeremiah 17:9; Romans 8:7) and that “[t]he way of peace they know not”? (Isaiah 59:8).

How do we even begin to teach these people? The time is nearly here when they will be tugging at our clothes, begging to be taught (Zechariah 8:23). This has to be real to us. It is not pretend. It has to drive us to study the Word of God more deeply—to know it and be able to teach it inside and out. These are people who will need great comfort and love—because whatever love they had in their little hearts to begin with has been beaten out of them. Are we going to be ready to give it to them?

How well we know the Bible reveals the level of hope that we have in us (1 Peter 3:15). These people need so much hope. So keep up the study. Keep up the training. Pray for God to nurture the hope that is in you so you can pass it on to others and be a bright, burning light for the world to see (Matthew 5:14-16). And really be appreciative of the things you have. We are so blessed, especially here in the Western nations. We must never take even the small things in life for granted.

Let’s put diligence into our calling. These people need our hope—and they will be seeking it very soon.