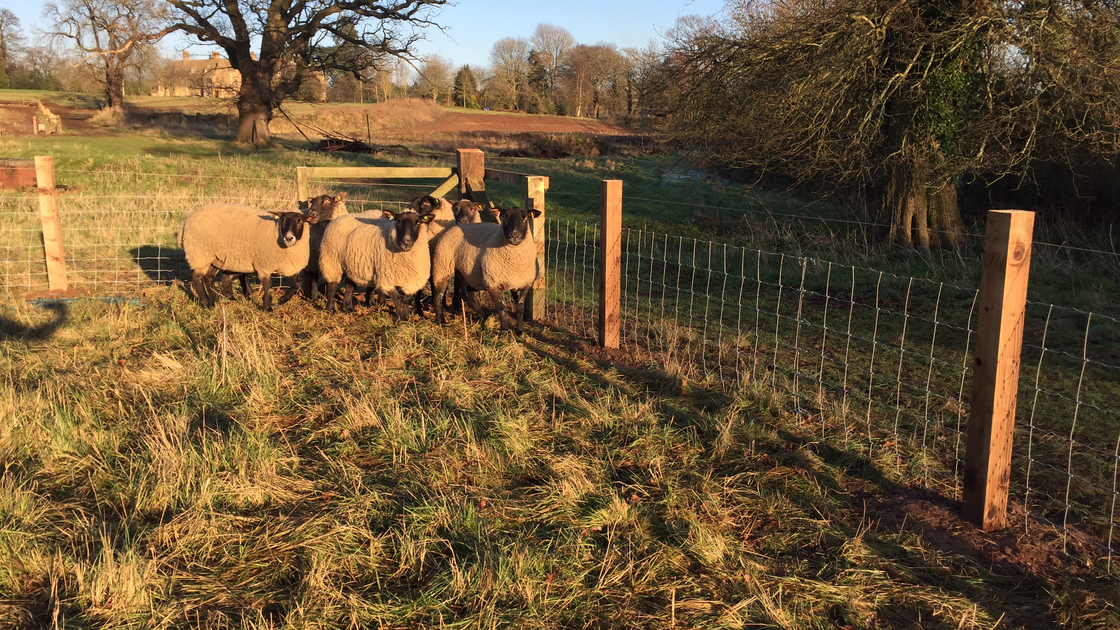 ENGLAND—The Philadelphia Church of God regional office in Edstone, England, gained its newest residents, six ewes, on January 17. The new flock is expected to multiply to 18, as each ewe is carrying twins due around March 7.

“Mr. Macdonald chose this breed because they are a large breed, good for barbequing on the spit,” Mrs. Howard said.

The sheep, accustomed to indoor housing, are adjusting to their newly fenced paddock, despite temperatures dipping to 25 degrees Fahrenheit.

For one of the six sheep, Lorenz was given a choice between an older ewe and a younger, lame one. The younger sheep had a small acid burn between its toes from standing on wet straw, which the farmer assured would quickly heal. Lorenz opted for the younger one despite the injury after feeling the older sheep’s boney back.

Mrs. Howard said she agreed with the choice. She said that growing up on her father’s farm in Yorkshire Dales, she often helped with the sheep and learned that her father would check their health by feeling their backs.

With the lambs due March 7, while AC staff and students will be away on Robbers Cave break, Mrs. Howard plans to be available to help with lambing should the need arise.

Lorenz cares for most of the needs of the ewes. Speaking from his experience of helping his father with more than 4,000 sheep on a farm in southern Australia, he said that sheep can be very “needy,” but “you come to know a ewe’s character to the point that you can tell she will lamb that afternoon.”

Mr. Macdonald’s 13-year-old daughter helped Lorenz name the sheep, submitting names such as Daisy, Fergie, Maisy and Millie. She says the addition of the sheep brings more of an English manor atmosphere to Edstone.

Mr. Macdonald plans to keep about half the lambs to grow the flock. The other half will enhance the Edstone dinner menu around the Feast of Tabernacles in October. Mr. Macdonald also plans to add chickens to Edstone’s agricultural program in the spring.