Why Herbert Armstrong Respected Israeli Foreign Minister Abba Eban
The miraculous favor to God’s Work given by those who shaped modern Israel is breathtaking in its prophetic scope and impact.
By Gareth Fraser • Jan. 26, 2016 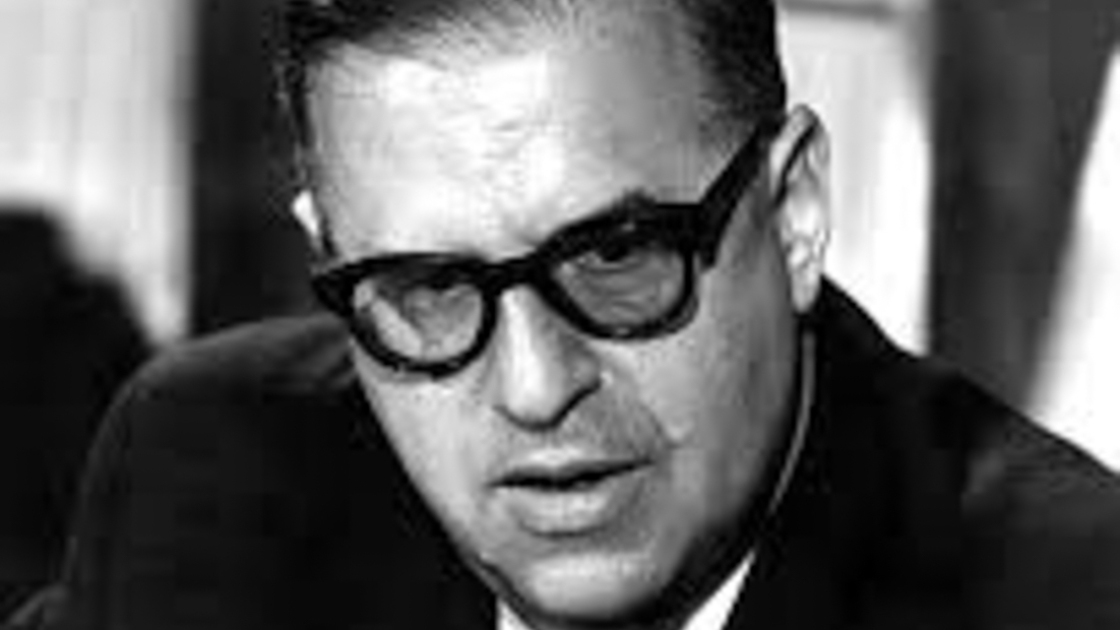 Born in 1915 in Cape Town, South Africa, Abba Eban moved to the United Kingdom as a youth. At the start of the Second World War he worked under Chaim Weizmann in London at the World Zionist Organization.

Eban was a British soldier serving tours in Egypt and Palestine before being appointed as an intelligence agent and assigned to Jerusalem. His job was to educate and train operatives in preparation for possible Nazi German attacks of the holy city.

“In 1959, Eban returned to Israel and was elected to Knesset for the Mapai political party, serving under Prime Minister David Ben-Gurion as Minister of Education and Culture from 1960 to 1963 and then as deputy prime minister under Levi Eshkol from 1963 to 1966. From 1966 to 1974, Eban served as Israel’s minister of foreign affairs, defending the country in the political arena following the Six-Day War and ensuring that world powers knew Israel had defended itself in the war and not acted aggressively. He was a famous supporter of land-for-peace exchanges with Egypt and the Palestinians, and played a key role in shaping UN Security Council Resolutions 242 and 338” (Jewish Virtual Library).

On Tuesday, March 28, 1972, Herbert W. Armstrong was driven through the streets of Jerusalem to collect his friend, Minister of Tourism Moshe Kol. Their destination was the Israeli Foreign Office and a meeting with Foreign Minister Abba Eban.

“We were warmly greeted by Mr. Eban,” Mr. Armstrong recalled in that year’s June edition of the Plain Truth. “Although I have now become well acquainted with many of the top officials of both the government and the Hebrew University in Israel, this was my first meeting with the foreign minister. Of course he knew quite a little about Ambassador College, because of our joint participation with Hebrew University in the great archaeological project adjoining the Temple Mount, and also our participation in the iccy (International Cultural Center for Youth). Minister Kol introduced us as frequent visitors to Israel, and having had meetings with President Shazar and Prime Minister Golda Meir, besides many other leaders.

“Mr. Eban said he was already well aware of our activities worldwide, and that he had been looking forward to meeting us for some time. Minister Kol mentioned that Ambassador College was affiliated with the Worldwide Church of God. Then the foreign minister asked if I would tell him something about the Church.

“I explained that Ambassador College is a separate corporation, but affiliated with the Worldwide Church of God, and that it was in many respects unlike any other church. It is unique in that its members believe Christianity is definitely a way of life, and not merely ‘a faith,’ or doctrine. I emphasized that this Church does not proselytize, or even indirectly seek to take members from any other church or religion. The foreign minister nodded, and added that Judaism also does not proselytize.

“I mentioned that President Shazar, at a reception for us in his official residence, had said that he knew all about the Worldwide Church of God, and that he welcomed it in Israel. I then described the Ambassador College Extension Program of education worldwide; our radio and television operations; our three major printing plants at Pasadena, Radlett, England, and North Sydney, Australia; our publications; and the 6 or 7 million readership worldwide of the Plain Truth.”

At the time Mr. Armstrong had titled a World Tomorrow television series he had recorded “The Middle East in Crisis.” With this in mind, he then asked Mr. Eban for an update on conditions in the region over the past year. As a follow-up question, Mr. Armstrong asked the foreign minster about any impact of Israeli social problems in connection with the pursuit of peace.

“He feared that in Israel there could develop an undesirable division of labor by class and race, the Arabs doing the undesirable, menial, blue-collar work and having as a consequence an inferior social position, and the Israelis doing the better-paying, more desirable positions and having a more enviable social status. I then described our pioneering in helping Ambassador College students to recapture the true values and our early recognition of the missing dimension in education” (ibid).

Mr. Armstrong made sure the questions kept coming to Mr. Eban. By April 1973, Plain Truth reporters serving as accredited press representatives had already asked the foreign minister questions during his speeches at the United States National Press Club.

Five years after their meeting in Jerusalem at the Foreign Office, on Thursday, Sept. 8, 1977, Mr. Eban was a guest at Ambassador College in Pasadena, California. Acting in his capacity as a Member of the Knesset Committee on Foreign Affairs and Security, he had accepted an invitation to speak on the subject of the Middle East. A capacity crowd was in attendance to hear him at Ambassador Auditorium.

Before delivering his speech, he enjoyed dinner hosted in his honor at the faculty lounge of the college. The speech was reported as “one of the most meaningful, significant and eloquent speeches delivered in the Auditorium” by the “world renowned” Jewish orator.

In 1988, after serving 30 years in the Israeli Knesset, this venerated Israeli politician chose to dedicate the remainder of his life to writing and teaching about the country he so beloved. During this time, he again lived in North America in fulfillment of assignments at Columbia, Princeton and George Washington universities. He became a member of the American Academy of Sciences, authored various books, as well as consulting and narrating television documentaries, culminating in his receipt of the Israel Prize in 2001. He returned home to Tel Aviv before dying Nov. 17, 2002.

The miraculous favor to God’s Work provided by those who shaped modern Israel is breathtaking in its prophetic scope and impact. This favored relationship continues today through the voice of Gerald Flurry over the Key of David program and the spiritual work of the Philadelphia Church of God, education of Herbert W. Armstrong College, and the humanitarian endeavors of the Armstrong International Cultural Foundation.