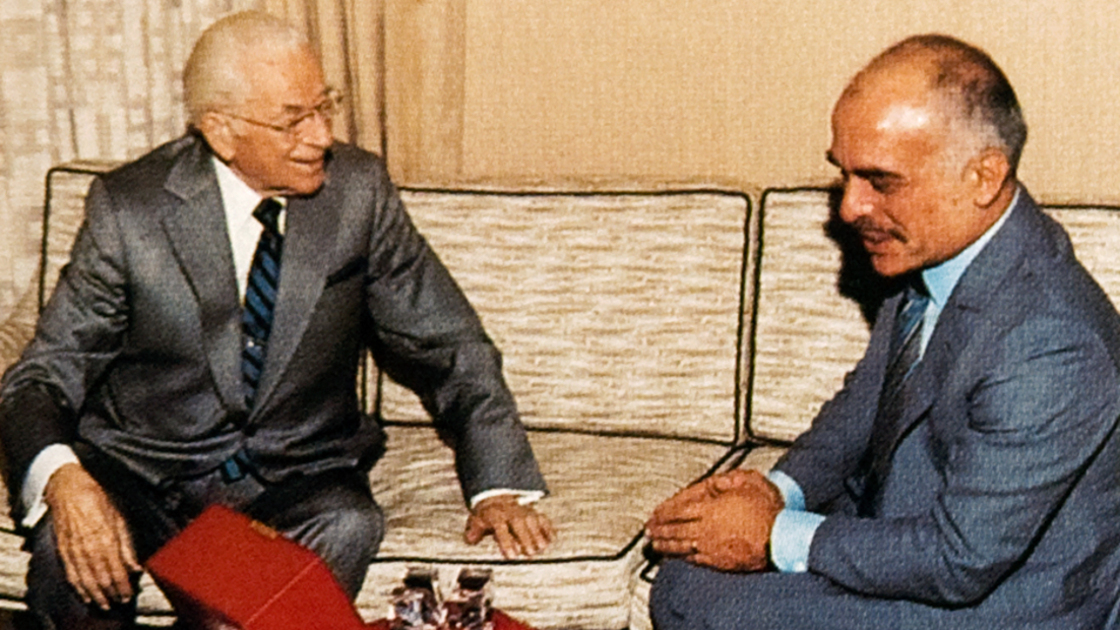 The youngest child and only son of Prince Hassan and Princess Sarvath was born in Amman on May 20, 1979. His Royal Highness Prince Rashid El Hassan’s early education was at the Amman Baccalaureate School. He later moved to England where he completed his secondary studies at Harrow. In addition to speaking Arabic, German and English, the prince has a degree in Oriental Studies from Cambridge University.

He studied at the British Royal Military Academy before being commissioned into the Jordanian Army. He is also a graduate of the nato Defense College Senior Course. The prince serves as a lieutenant colonel for a unit that aids special operations and dignitary security.

Prince Rashid serves on the board of the Hashemite Charitable Organization (hco), which manages international and national relief operations, refugee facilities and charitable aid. “In this capacity, the hco has deployed worldwide to provide aid and disaster relief, and is currently overseeing entry and distribution of aid to international organizations and charities working in Jordan while coordinating Jordanian humanitarian response to Gaza.

Prince Rashid married in 2011 to Princess Zeina Rashid, who has both graduate and post-graduate degrees from London University. Their son, Prince El Hassan bin Rashid, was born in December 2013. Prince Rashid is active in sports and is head of the Jordanian Taekwondo Federation and captain of Jordan’s national polo team.

When he was a small child, Prince Rashid met Herbert W. Armstrong.

Mr. Armstrong initially met King Hussein in 1974, and he maintained a strong friendship with the king and much of the royal family.

On March 17, 1983, “Mr. Armstrong and his group were invited to tea by Princess Sarvath. Present at the informal affair were Khawla Abu Odeh, wife of Adnan Abu-Odeh, the Jordanian minister of information, Mrs. Kalifeh, vice president of the Amman ywma (Young Women’s Moslem Association), Sirsa Hikmat, a professor at the Princess Sarvath Community College for Women in Amman.

“Mr. Armstrong spoke of the goals of Ambassador College and discussed education in general. During the gathering the princess introduced two of her four children to Mr. Armstrong and his group, and the pastor general had his picture taken with 3-year-old Prince Rashid. Before returning to his suite at the Amman Marriott Hotel, Mr. Armstrong called on Richard N. Viets, the American ambassador to Jordan, and his wife” (Worldwide News, April 5, 1983).

Following this meeting Mr. Armstrong delivered video tapes of his World Tomorrow program, and two Young Ambassador Festival films to the director of Jordanian television. These videos were to be reviewed for possible airing in the Muslim Hashemite kingdom.

The next morning, Mr. Armstrong arrived at the Diwan Palace and was presented with a gift of a mother-of-pearl sculpture. Prince Hassan passed along King Hussein’s apology that he was unable to meet with Mr. Armstrong due to meetings in Bonn, West Germany, and London, England.

From the palace Mr. Armstrong drove to the Bunyat Center to view the progress of the Ambassador Foundation’s humanitarian joint project with the royal family. This endeavor is one of Princess Sarvath’s special projects. Mr. Armstrong was so concerned about the goals of the project that he referred to it among the royals as “our school.”

Later that afternoon, permission was officially granted by Jordanian television for the broadcast of the World Tomorrow and the 1981 and 1982 Young Ambassador videos. They were scheduled to air as prime time specials before July of that year and reach viewers in Jordan, Israel, Egypt and Cyprus.

That night, Mr. Armstrong conducted a Bible study in his hotel suite. He reviewed the history of Israel’s blindness to God’s revelation of His Sabbath, and by so doing, the Israelites lost knowledge of who they were and why they had been divinely created.

With the Jordan trip successfully concluded, he rested on the Sabbath and prepared for his next stop on the Mideast tour, Jerusalem.