Happy Birthday To Me?
Why Bible-believing Christians should question the practice of celebrating birthdays.
By Michael Cocomise • Dec. 24, 2015 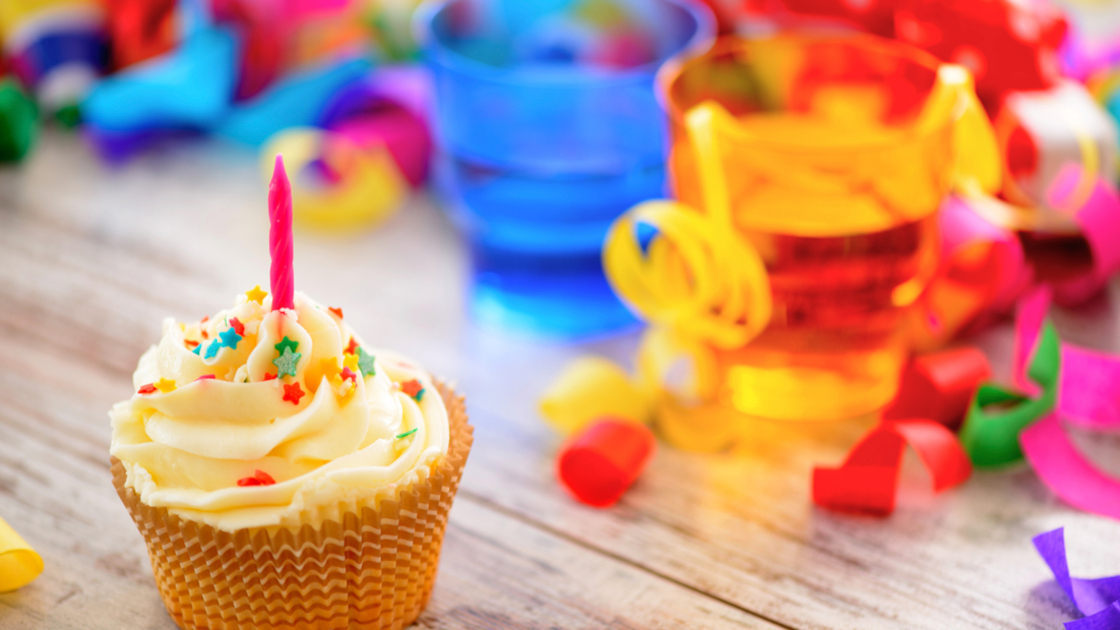 At this point, you are probably thinking, Oh wow, what a waste of time. Everybody has a birthday!

But as you read this article, hundreds of thousands of children are opening gifts, indulging in their birthday cake, singing “Happy Birthday,” and wearing a multi-colored party hat as they celebrate one of their favorite times of the year—their birthday. The celebration of one’s birth is a common practice worldwide.

How should Christians celebrate birthdays? Or should they celebrate them at all?

Is there biblical proof that we should be celebrating this “special day”? If Christmas, for example, is a celebration of Christ’s birthday, should we celebrate our own birthdays as well? What does the Bible say about birthday celebrations?

The most important holiday kept by most professing Christians is predicated on the birth of Jesus Christ. The Bible teaches us to follow Christ, so if He promoted birthdays, then it follows that we should keep them too? But the Bible doesn’t even record the day or month when Christ was born. However, it does share with us the date of his death (Nisan 14, a.d. 31).

Christmas is never mentioned in the Bible. It is a holiday that was instituted long after Christ died and was resurrected, and history books reveal that its roots go back to pagan festivals more than they do to Christianity. (For more documentation on the history of Christmas, read the Catholic Encyclopedia and the New Schaff-Herzog Encyclopedia of Religious Knowledge, and request our booklet The Truth About Christmas.)

Rather than commemorating His birth, Christ commanded His disciples to observe the anniversary of His death, known as the Passover. There is no birthday cake or party punch involved in celebrating the Passover. Instead, it is a solemn occasion where Christ’s disciples were commanded to partake of the symbolic unleavened bread and wine (Luke 22:19-20). This special day honors the sacrifice that Christ made for all humanity (1 Corinthians 5:7).

But the overwhelming majority of professing Christians do not keep Passover. Over the centuries, they have instead formed their own beliefs and traditions, blended with the beliefs and traditions of non-Christians. This is the real origin, the true meaning of Christmas. It is also the origin of celebrating birthdays.

God feels strongly about man-made worship. “Your new moons and your appointed feasts my soul hateth: they are a trouble unto me; I am weary to bear them. And when ye spread forth your hands, I will hide mine eyes from you: yea, when ye make many prayers, I will not hear: your hands are full of blood” (Isaiah 1:14-15).

Our modern societies are built around a pagan system of calculating time. Most of the world observes the Roman calendar system. The dates of our birthdays, wedding anniversaries, etc. come from the Roman calendar, developed by Sosigenes, an Egyptian scientist. He created the 12-month, 365-day year. In 45 b.c., Roman Emperor Julius Ceasar adopted his idea and implemented it into the Roman Empire. “The days were not named but numbered on a complicated system involving Ides, Nones and Calends. It was not until a.d. 321 that the seven-day-week feature was added, when the emperor Constantine adopted [a false version of] Christianity. Oddly enough, for his weekdays he chose pagan names, which are still used” (Journal of Calendar Reform, September, 1953).

The days of the week were originally named Sunday, Moonday, Tiwsday, Wodensday, Thorsday, Friggasday and Saturnsday. However, Roman establishment aside, God created the structure of the week around the creation days, which ended with the creation of the “Sabbath,” the seventh day of the week. All other days would simply be recognized as the first day of the week, second day of the week, etc. (For more information about the Sabbath, please read Which Day is The Christian Sabbath? by Herbert W. Armstrong.

The original Hebrew calendar that God gave to the Israelites at the time of Moses was not conducive to birthday celebrations. In God’s calendar system, there are so many irregularities that certain individuals may only experience a birthday every eight years. This would even occur at a higher frequency than the occasional individual who has a birthday on February 29 in the modern Roman calendar. God’s sacred calendar has three months that vary in length—either 29 or 30 days. God also inserts a 13th month in years three, six, eight, 11, 14, 17 and 19, within the 19-year time cycle. In reality, God’s calendar system does an effective job of eliminating the practice of birthday celebrations.

Birthdays in the Bible

There are only a few instances in the Bible where the word “birthday” is mentioned. These examples have something in common: They are morbid. The first example is found in Genesis 40:20-22. At this birthday celebration, the pharaoh of Egypt hung his chief baker.

Another birthday is mentioned in Matthew 14:6-11. In this biblical account, as Herod celebrated his birthday, he had John the Baptist beheaded.

Finally, a lesser known example is in the book of Job. “And his sons went and feasted in their houses, every one his day; and sent and called for their three sisters to eat and to drink with them” (Job 1:4). It appears that Job’s children were holding birthday celebrations. However, when Job thought about them celebrating birthdays, he was worried that they had sinned, so he made sacrifices to God (verse 5). Eventually, because of their sins, God caused a strong wind to topple the walls of the house of Job’s children. All 10 of them were killed (Job 1:18-19).

Later, Job spoke out against his own birthday: “After this opened Job his mouth, and cursed his day. And Job spake, and said, Let the day perish wherein I was born, and the night in which it was said, there is a man child conceived” (Job 3:1-3). He didn’t cozy up to birthday celebrations, in fact, he abhorred the celebration of birth—most likely a mindset that resulted from the death of his children.

In his book Against Apion, Jewish historian Flavius Josephus wrote, “Nay, indeed, the law does not permit us to make festivals at the births of our children.” The Jews in Christ’s day knew God’s attitude toward birthday celebrations.

“Thou shalt not celebrate birthdays” is certainly not one of the 10 Commandments. But, God cares enough about this matter that He includes a few examples in the Bible to prove His feelings toward birthday celebrations. It is clear through biblical examples that God does not place any value on the date of a human’s birth. Therefore, as Christians, we shouldn’t be celebrating birthdays even though it seems “harmless.”

God doesn’t want us looking back toward our physical birth. This is only a temporary life. Instead, God wants us looking forward to the birth that really matters: our birth into the Family of God—in His Kingdom.

Birthdays only promote the self. They encourage a self-focusedattitude. Sure, the balloons, the cake, the gifts, the candles and the birthday song can look like acts of kindness from those surrounding the birthday boy or birthday girl. But inside the birthday observer is spawned an ungodly spirit of get: This is what I want on my birthday. Christ certainly didn’t live the “get” way, nor does He want us to live that way.

God tells us what festivals and celebrations we are to keep. (Read Pagan Holidays—or God’s Holy Days—Which? for more information on God’s true holy days.)

Finally , one should know that this does not mean that it is a bad thing to recognize someone becoming a year older. There are milestones in a person’s life, such as reaching teenage years, becoming old enough to drive, becoming of age, or turning 70 or 80. All of those events are certainly proper to acknowledge. Simple recognition of a milestone is not wrong.

But, we can never forget: God wants us to look forward to our spiritual future, and not get caught up in glorifying ourselves now. He will give us our future glory—the glory that really matters. Look to the more important birth: our spiritual rebirth. Job looked forward to his rebirth after he learned an important lesson about birthdays, “I know that my redeemer [Christ] liveth, and that he shall stand at the latter day upon the earth [referring to Christ at His Second Coming]: And though after my skin worms destroy this body, yet in my flesh shall I see God” (Job 19:25-26). You too should not look forward to your birthday this year, or any year, but look to the most exciting birthday in the future—your birth into the Family of God.