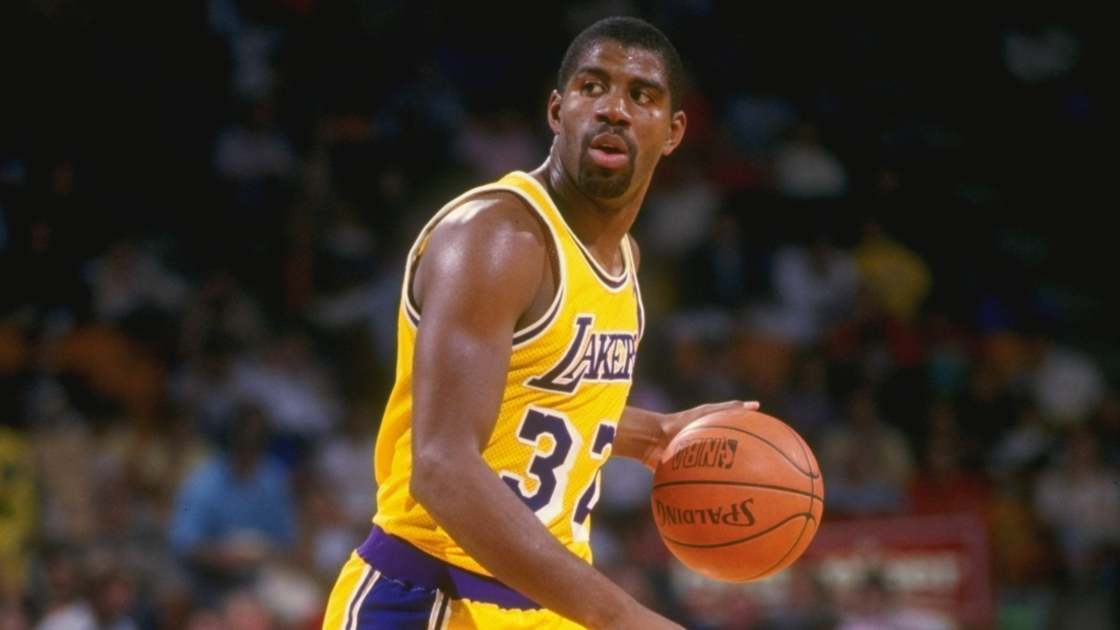 Did you know famed Los Angeles Lakers star Magic Johnson presented Mr. Armstrong with an autographed basketball—and have you considered why?

In 1984, from July 8 to 13, Magic and his staff conducted a basketball clinic on the campus of Ambassador College in Pasadena, California. Campus staff hosted 200 teenagers who had each paid $350 for the pleasure of staying in Ambassador’s dormitories and enjoying their meals in the college’s student center. An additional 100 campers paid $175 to receive the world-class basketball instruction offered during the day.

Local media attention was drawn to the event with kabc-tv news broadcasting interviews with Johnson and two other professional players, Isaiah Thomas and Mark Aguirre, who were also involved with the camp.

“Mr. Johnson told campers in a July 11 forum in the Ambassador College gymnasium that basketball takes work. ‘Basketball is a game you play for fun and enjoyment,’ Mr. Johnson said. ‘You don’t play to make it to the pros or to get mvp [Most Valuable Player] trophies.’”

“A lot of people play basketball for the wrong reasons. … The average professional player plays four to 4.5 years…That means he’s out of basketball at about 26 years old. So if you have done poorly at school, what are you going to do?” (ibid).

Today, the nba’s two-time Hall of Famer is part owner of the Los Angeles Dodgers. His fame and fortune have positioned him as one of the nation’s most powerful entrepreneurs. In his quieter moments, perhaps he, his staff, and those 300 campers recall their time spent at Ambassador’s gymnasium and social center.

As founder and chancellor of Ambassador College, Mr. Armstrong led in the establishment of a robust intramural sports program. “He was faithful in going to intramural games,” recalled his personal assistant and chauffeur, Melvin Olinger. “He particularly enjoyed watching basketball as a form of relaxation and refreshment.” Mr. Olinger was ordained a deacon by Mr. Armstrong and today serves in one of the pcg’s southern California congregations.

Mr. Olinger, who served Mr. Armstrong from February 1970 through to his death in January 1986, recalls Mr. Armstrong’s purchase of season passes to Lakers home games during the era of the early-to-mid ’70s. Occasionally the directors of the Ambassador College athletics department and the director of Imperial Schools, who also had qualifications in sports fitness, would accompany him. At the time, these men were the “big three in sports” instruction at the Pasadena college.

Mr. Armstrong particularly liked to watch the likes of Jerry West, Elgin Baylor and Wilt Chamberlain, and wanted “seats close to the floor, five to seven rows from the court.”

Mr. Olinger remembers Mr. Armstrong always “wore a sport coat and tie. This was on Sundays when he would go into the office before game time. Then after driving to the Lakers games, we’d go to a place called Monty’s for a steak sandwich.”

On the drive back home to Pasadena, “Games would be discussed. However, I don’t recall any time when he didn’t refer back to God and His Word … or the spiritual principle. He often quoted the Apostle Paul and the passage that bodily exercise profits a little” (1 Timothy 4:8).

Mr. Olinger noted that, “After the Lakers moved from the Forum, Mr. Armstrong stopped going to the games.” His travels worldwide in fulfillment of Matthew 24:14, preaching the gospel of the Kingdom as a witness to all nations, would take more and more of his time and energy.