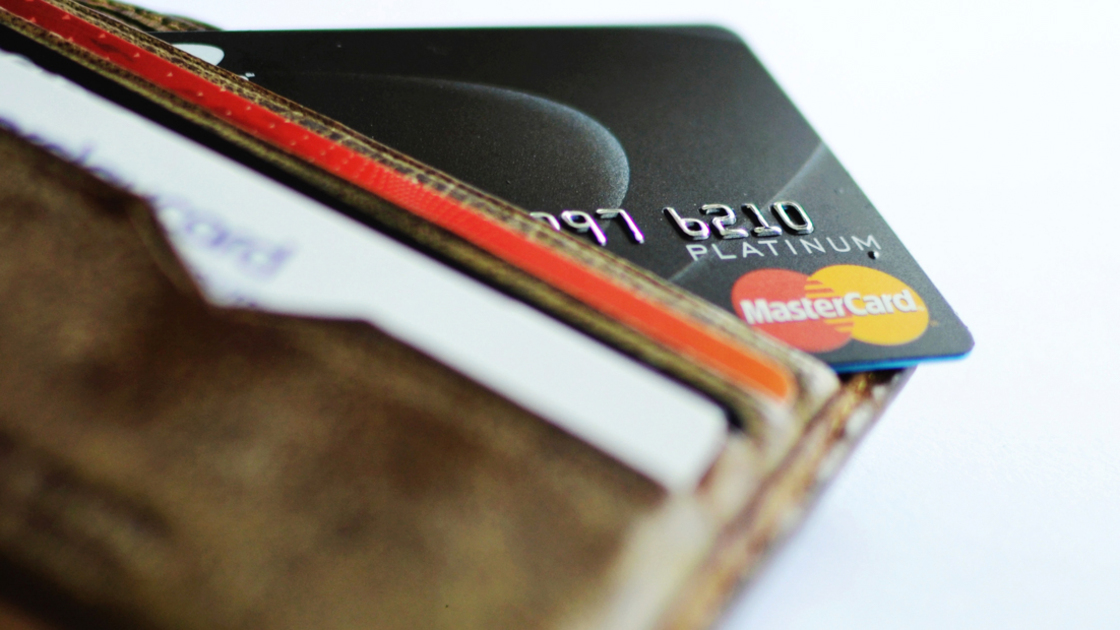 If it’s common, it must be OK. That’s what we usually assume: If an action appears to be common, it must be the appropriate way to do it. If something is accepted as the norm, then it must have been proven by past experience, and an individual should follow along with that practice. At least that’s what we so often think when it comes to things like our speech, our education or our finances.

Avoid this tendency to follow along with the status quo! The Bible even repeats, “There is a way which seemeth right unto a man, but the end thereof are the ways of death” (Proverbs 14:12).

The United States Census reported that in 2008, 176 million Americans possessed 1.49 billion credit cards! The advertisements are as common as the multiple credit cards the average person carries. You’re probably familiar with Capital One’s “What’s in your wallet?” or MasterCard’s “Priceless” television ads. Using credit cards is standard operating procedure. If you are under age 18, you probably do not have one, but most adults do have, or will have, one or two—or several.

There is nothing wrong with purchasing something using a credit card. But you can easily use it the wrong way. According to CardHub, credit card companies charged off $26.3 billion in 2014. When a credit card company “charges off,” it basically gives up on the hope of ever being paid back what it is owed. So in 2014, credit card users owed more than $26 billion and just didn’t pay it.

Why did all these credit card users default on what they had promised to pay? Are they all thieves? Did they intentionally set out to cheat the card company?

Probably there were a few of them who did. But most did not set out with that intention. Some lost their jobs and their ability to repay. Some did not understand how credit and interest worked; they were ignorant of financial matters and got in over their head. Some were poor money managers and abused the access they had to money that was not theirs. Some ran into emergencies and piled on more debt to pay for the immediate demands those emergencies brought on. They used the credit card to pay for their necessities because they used their income and other resources to pay for their emergency.

Yes, it is normal operating procedure in this country to use credit cards. And it’s apparently very normal to use a credit card and then never actually pay off your debt. It has certainly become the natural thing to use credit when you run into a financial wall, even if you do not have the means or even an idea of how to pay the credit card company back. It is the way that seems right to so many. But is it right?

When you run into a financial crisis in the future, how will you deal with it? Will you use the standard accepted way of the world and turn to Visa and MasterCard to rescue you?

We recommend a different way. First, learn God’s financial laws and apply them in your financial life. Start with this understanding: Everything belongs to God. What you may obtain in your life—even your life itself—is not really yours. It belongs to the Creator who made it. But God allows you to obtain resources and possessions and to be a steward of those assets. In that sense, God is your financial provider and supervisor. If you realize that and follow God’s laws, then He will be interested and involved in your financial affairs.

David wrote in Psalms that he had never seen the righteous forsaken nor the righteous one’s children begging for bread (Psalm 37:25). Think about that.

David’s society had no credit cards. Borrowing money for emergencies was not a common occurrence. So what did many people have to do when they hit a financial hardship? They had to beg. Adults begged on the street. They even had their children beg! They were begging for food—a necessity that was vital to their existence!

But David never saw the righteous in that situation. Why? Because God promises to provide the necessities of life to those who obey Him.

Yet even when we are intent on obeying God, numerous situations may push us into a financial pinch: a failed investment, impulsive spending, poor management, lack of income, an illness or an accident. What if you experience this problem tomorrow or another time in the future? How will you respond?

Unlike David’s and his contemporaries, you have the option of reaching for the credit card. But like David, you have a better option.

God promises to save us out of our distresses if we are seeking Him. He will work with and aid those that are pursuing His way and attempting to develop His character.

The Great Depression took place in the United States from 1929 to 1939. Unemployment was as high as 25 percent. In Toledo, Ohio, in 1932, four out of five men were out of work. From 1929 to 1932, the average American income dropped 43 percent. An estimated 50 percent of American children did not have adequate food, shelter or medical care. These were extremely difficult years financially for most Americans.

Imagine living through that!

Herbert W. Armstrong did not have to imagine it. During those same years of depression, he was raising a family and trying to start God’s Work at the same time. His autobiography relates how one time he was reduced to needing one dime so his child could have milk.

Where did he turn?

“If you do not have the money, and the thing is a need,” Mr. Armstrong said, “do not charge it or go in debt—but ask God to supply the need, TRUST Him, and deny yourself until He does! (Plain Truth, May 1934).

That is not the “American way” is it? The American way is to never deny yourself, no matter what—even if that means burdening yourself with enormous debt.

Mr. Armstrong saw it differently. He saw some things you and I need to see: that God is your Father, that He is a loving Father, and that He desires to bless those who obey Him. You know that’s true because you are already experiencing it! God has been giving you the use of His “stuff” for a long time now. Plus, He has promised to provide your every need. And when that financial pinch comes, He desires to aid you and supply your need!

At some point in your future, you will likely experience a financial dilemma. You could turn to the credit card. You could perhaps beg. Or you could remember what Jesus Christ said: God has promised to deliver you from all your distresses. God has promised to provide your needs. And Visa and MasterCard have promised what?

Whenever you experience a financial crisis in the future, leave “what’s in your wallet” in your wallet. Don’t do what everyone else is doing. Instead, put your trust in your loving Father. Don’t leave Him out, and don’t limit Him. He has promised to aid you, and He cannot lie.

Making Visa or MasterCard your hero? A high price to pay. Trusting in God and standing in awe? Priceless!