Remembering Eliahu Elath’s Meeting With Herbert W. Armstrong
The two shared their experiences from that historic event in man’s pursuit of peace among nations.
By Gareth Fraser • Nov. 18, 2015 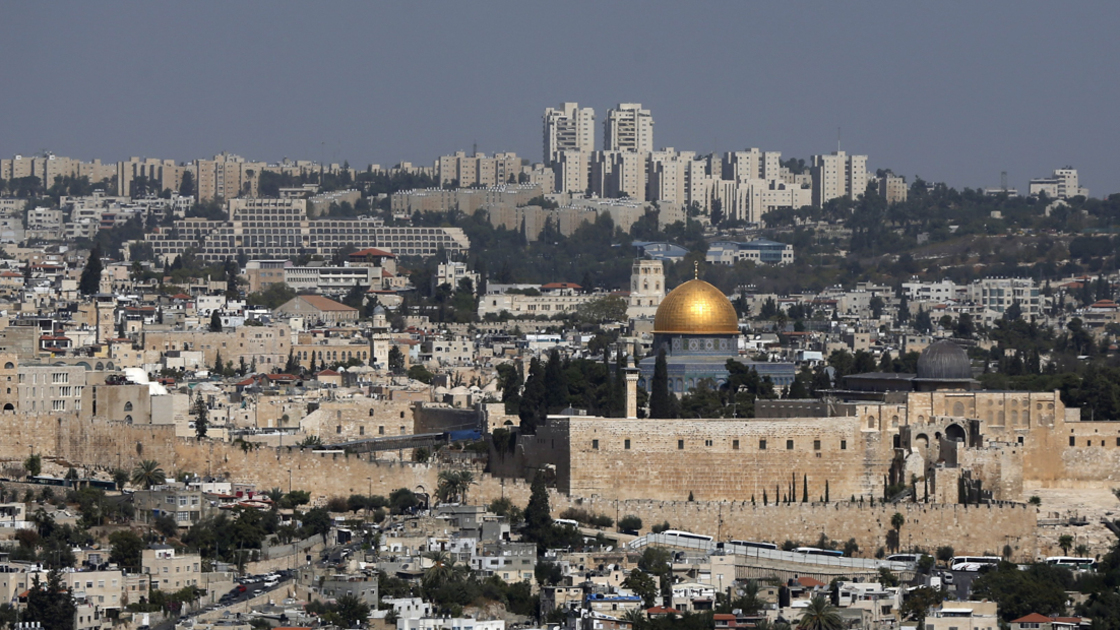 On Thursday, June 28, 1984, during a weeklong visit to Jerusalem, Herbert W. Armstrong had a meeting with Dr. Eliahu Elath. “Born in Snovsk, Russia, Elath was active in the Zionist movement in Russia before settling in Palestine in 1924. He worked as a laborer in a number of settlements for a few years, meanwhile making a special study of the Bedouin. From 1934 to 1945 he was director of the Middle East section in the Jewish Agency’s Political Department” (Jewish Virtual Library).

In 1945, Dr. Elath was the Jewish representative to the signing of the United Nations charter in San Francisco. At the time Israel was not yet recognized as a state, and as such, Dr. Elath was forced into the hallways and hotel lobbies for discussions with other officials. He would become the first Israeli ambassador to the United Nations and also serve as ambassador to the United Kingdom for nine years during the 1950s.

Mr. Armstrong attended the 1945 UN conference as an accredited media representative on behalf of the Plain Truth magazine, which he founded over a decade prior.

Reporting on the conference, he wrote: “This is Sunday, April 29, 1945. It is a grave moment in history. Mrs. Armstrong and I have just returned from a significant special meeting. It is destined to change the course of world events.

“We are in the last days of World War ii. The Nazis are disintegrating on all fronts. It appears only a matter of days now. But already world leaders are looking toward World War iii. This historic San Francisco Conference is the world’s effort to prevent it and bring in world peace” (Plain Truth, December 1945).

In 1984, nearly 40 years after the historic event, the two men met for the first time. Dr. Elath was 82 years old at the time of the meeting; Mr. Armstrong was in his 93rd year.

The two shared their experiences from that historic event in man’s pursuit of peace among nations. Mr. Armstrong recalled the people he met at the conference, particularly the Arab representative with whom he would develop a long friendship.

“Dr. Elath recalled his experiences as the first Israeli ambassador to the United States. He was not originally given the title of ambassador. Instead, he bore the title of special representative of the provincial government of the National Council of Jewish People. When Israel declared independence May 14, 1948, Dr. Elath wanted the United States to be the first country to recognize the new nation. Since Israel did not yet have an official name, Dr. Elath did not know what to put on the document officially requesting then-President Harry Truman to recognize the nation.

“The choices were narrowed down to either the State of Judea or the State of Israel. Dr. Elath finally prepared a document asking President Truman to recognize ‘the Jewish state.’ After the request was dispatched, Dr. Elath was informed that “Israel” had been chosen as the official name. The official courier was recalled, Dr. Elath scratched out ‘the Jewish state’ and wrote on the document “Israel” That handwritten note is still on the official document. Drawing on research he is doing for a book about President Truman, Dr. Elath recalled the many services the U.S. president performed for Israel.

“Once when Rabbi Herzog (the father of Israeli President Herzog) visited with President Truman, the president said, ‘Look at what I have done for Israel.’ The rabbi answered, ‘You have done nothing.’ Surprised, President Truman asked what he meant by this. The rabbi explained: ‘What you did was destined before you were born. Like Cyrus, you did only what God had ordained’ (see Isaiah 45:1-4; Ezra 1:1·2)” (ibid). Before the meeting ended, Dr. Elath gave Mr. Armstrong a copy of his book Zionism at the UN—A Diary of the First Day.

First, the Prophet Isaiah, warned the Israelites that because of their sins God would punish them if they didn’t repent. Isaiah also warned the temple priests and the people of the Israel. The same is true in this end time.

“Thus saith the Lord to his anointed, to Cyrus, whose right hand I have holden, to subdue nations before him; and I will loose the loins of kings, to open before him the two leaved gates; and the gates shall not be shut; I will go before thee, and make the crooked places straight: I will break in pieces the gates of brass, and cut in sunder the bars of iron: And I will give thee the treasures of darkness, and hidden riches of secret places, that thou mayest know that I, the Lord, which call thee by thy name, am the God of Israel. For Jacob my servant’s sake, and Israel mine elect, I have even called thee by thy name: I have surnamed thee, though thou hast not known me” (Isaiah 45:1-4).

“God rules in the kingdom of men!” wrote Mr. Flurry in his booklet Daniel Unlocks Revelation. “He put it into this Gentile king’s mind to build a temple for God. That is astounding. Cyrus also had Jerusalem rebuilt. The main commission here was to rebuild the temple. Why was God’s primary concern building His house, or the temple? The success of Judah and Israel always revolved around getting the people’s minds on God and His Work, emanating from the temple. This is how God led these ancient Israelites. It’s also how He leads His Church today. We must keep our minds on God and His Work today.”

Second, as a descendant of the high priest, Ezra lived in Babylon during the reign of the Persian king, Artaxerxes. God inspired the king to send Ezra to Jerusalem to establish the law. “Now in the first year of Cyrus king of Persia, that the word of the Lord by the mouth of Jeremiah might be fulfilled, the Lord stirred up the spirit of Cyrus king of Persia, that he made a proclamation throughout all his kingdom, and put it also in writing, saying, Thus saith Cyrus king of Persia, The Lord God of heaven hath given me all the kingdoms of the earth; and he hath charged me to build him an house at Jerusalem, which is in Judah” (Ezra 1:1-2).

In Ezra and Nehemiah–Building God’s Temple, Mr. Flurry wrote, “God had stirred up the spirit of Cyrus to rebuild the temple in Jerusalem (Ezra 1:1-2). Zerubbabel showed that there were signed civil documents authorizing God’s house to be rebuilt!

“Zerubbabel’s experience typifies the pcg today. In a similar vein, we get our authority from some original, signed documents. Ours are not civil, legal documents. The documents authorizing the pcg and our work are the writings of Herbert W. Armstrong. The pcg is the only church that holds onto all of what Christ established in the Church through Mr. Armstrong. No other church associating itself with the name of Herbert Armstrong can truthfully make that claim!”