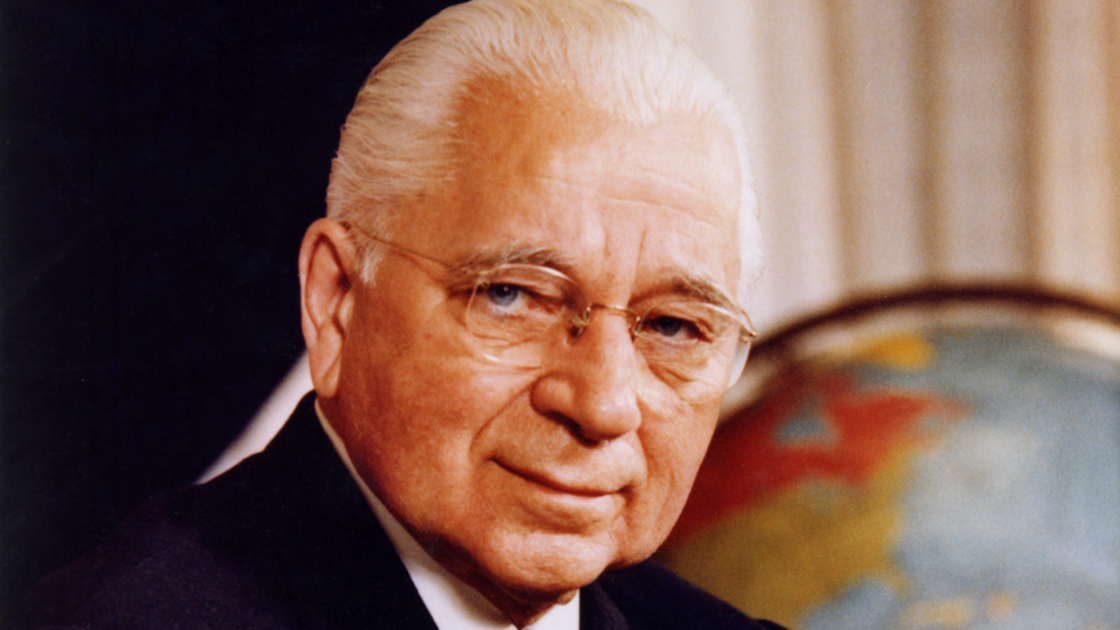 The prevailing economic posturing by Beijing has and will continue to impact the rest of the world. The globe’s second-largest economy is in the process of transitioning toward a consumption-based fiscal model. Modernization of the most populous nation has its modern roots traced to Chairman Mao Tse Tung, Vice Chairman of the Standing Committee of the National People’s Congress Tan Zen Lin and, most particularly, Chairman Deng Xiaoping.

On Dec. 2, 1979, Herbert W. Armstrong became “the first church leader from the world of Christianity to officially visit and speak with top officials inside the People’s Republic of China” (Worldwide News, Dec. 24, 1979).

Two weeks later, on December 16 and 17, a delegation of the presidents of various Chinese universities and representatives of the Foreign Affairs Bureau visited Ambassador College in Pasadena, California. The group toured campus facilities and enjoyed a formal meal in their honor, hosted at the faculty dining room of the student center.

“Not only was I enabled to deliver before the leaders of the largest nation on Earth, in a language well understood, the gospel of the Kingdom, but, in addition, we are, by my visit there … and by this official visit of Chinese leaders to Pasadena, furthering the goodwill now being built up between the greatest economic and industrial nation on Earth and the greatest nation in population” (Pastor General’s Report, Dec. 9, 1979).

The formal meal was opened with prayer and a welcome message delivered to the Chinese guests. Kuan Yaming, president of Nanking University, led the delegation. He stood and expressed his appreciation for the hospitality his party had received.

“So I propose a toast to the friendship of the peoples of our two countries and the further relation of the Ambassador Foundation with the fields of science, technology and the culture in China and to the health of Mr. Armstrong, a young older man …” (op. cit.).

He went on to add that he hoped this partnership would “fly at high speed.” As evidence of this, the Ambassador International Cultural Foundation (aicf) was already working with the China Society for Education, which had organized contacts with the largest entities of tertiary education in the country. In addition, aicf officials had already undertaken research trips to the universities of Peking (aka Beijing), Shanghai and Nanking, as well as museums and educational facilities in Hangchow and Sian.

Charitable donations were given to support an urgent need for English-language books, training of two Chinese citizens in library science at the Library of Congress in Washington D.C., and two more educated at the library of the Japanese Diet.

The foundation worked with the senators who identified themselves as Mr. Armstrong’s Japanese sons to rapidly obtain equipment needed at the Peking National Library. In Ambassador Auditorium on May 3, 1979, a question and answer forum was conducted, during which the aicf’s accountant was asked, “Since the foundation is going to help the Chinese libraries acquiring English books as part of the approval of Mr. Armstrong, will Mr. Armstrong’s future works be included as part of that?”

“Oh yes, definitely,” came his reply. “In fact, he already has asked me to see to it that his book The Incredible Human Potential is translated into Chinese. And we’re already at work on that in Japan. … [T]he request that came from the Chinese embassy was for English books. But Mr. Armstrong said he also wants his book in Chinese. So it’s being worked on right now. Probably take two or three months to translate” (ibid; June 11, 1979).

This historic relationship between God’s apostle of the Philadelphia era and China expanded into a breathtaking sequence of events.

In March 1977, Mr. Armstrong wrote a feature article in the Plain Truth focused on a special message to Chairman Mao Tse Tung. On Dec. 4, 1979, he toured the 5,500-mile-long Great Wall of China. Mao’s confidant, Vice Chairman Tan Zhen-Lin, met with Mr. Armstrong the next day. In 1982, he preached the gospel of the Kingdom of God to citizens in Hong Kong. On April 19, 1983, the Peking National Acrobats made an exclusive United States appearance at Ambassador College. On May 17, 1984, Mr. Armstrong was greeted by First Lady Nancy Reagan at the White House, along with the singing group, the Little Ambassadors of Shanghai, who were on a nationwide tour with students from the Church’s Imperial Schools. Chinese Ambassador Zhang Wenjin visited him at Ambassador College on Aug. 13, 1984. Then the most significant meeting came on Nov. 7, 1984, when he met privately with Deng Xiaoping in China’s Great Hall.

At that meeting, Mr. Armstrong suggested China construct a national performing arts center. Chairman Deng agreed, and thereafter, construction plans were developed between the Ambassador International Cultural Foundation, the Soong Ching Ling Foundation (scl), and Chinese Peoples Association for Friendship With Foreign Countries for construction of the Golden Bridge Exchange Center in Beijing. A year before his death, Mr. Armstrong oversaw planning meetings conducted at Ambassador College with Chinese officials. The building was to be modeled after the architecture and engineering of Ambassador Auditorium.

The Plain Truth editions which covered his first and second trips to the country were translated into the Chinese language, along with the Good News edition featuring his visit to the Great Wall. Other literature written by Mr. Armstrong translated into Chinese were:

Upon hearing of his death on Jan. 16, 1986, Lin Qing, vice president of the Friendship Association and former Chinese Ambassador to the United Nations, wrote, “Shocked [to] learn [about the] unfortunate passing away of President Armstrong. Please accept my sincere condolences and convey my solicitous sympathy to his family.” Tang Shubei, consul general of China, wrote, “Grieved and shocked to learn the passing away of Mr. Herbert Armstrong, chairman of Ambassador Foundation, a good friend to the Chinese people. His contribution to mutual understanding and friendship between the peoples of China and the United States will remain forever in our hearts. Please convey my condolences to his family and relatives” (Worldwide News, Feb. 10, 1986).

Today, the divinely revealed literature, abundant life and enduring legacy of Mr. Armstrong continues. A six-year court battle to obtain the right to publish and distribute freely his primary written works, the founding of Herbert W. Armstrong College, construction of Armstrong Auditorium, along with the cultural relationship developed with the China National Symphony Orchestra are fruitful evidence of the continuance of the way to permanent peace.