The All-Important Third Law
Without health one is direly handicapped, if not totally cut off from achievement.
By Herbert W. Armstrong • Oct. 16, 2015 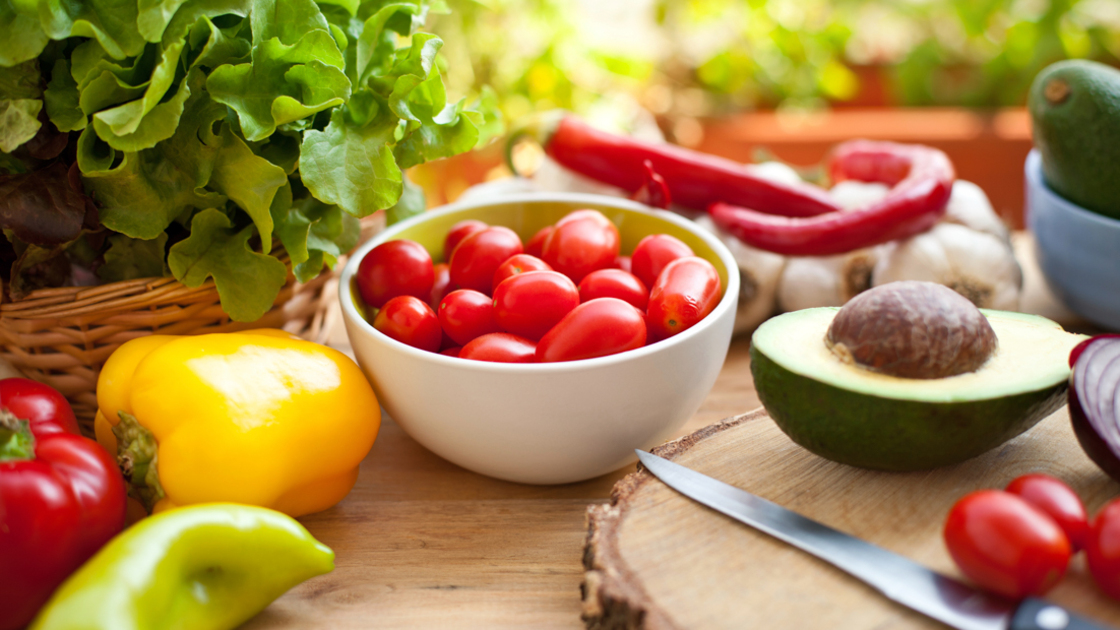 We are physical beings. The mind and the body form the most wonderful physical mechanism we know. But man is made of matter. He is basically a collection of elements of organic, chemically functioning existence.

He lives by the breath of air—which is the breath of life itself. If the bellows we call lungs do not keep inhaling and exhaling the oxygen-containing air, man won’t live to achieve any goal. You are only one heartbeat away from death! As the lungs pump air in and out, so the heart pumps blood through an intricate system of veins and arteries. These must be supported by food and water.

And so man IS just what he eats. Some of the most famous physicians and surgeons have said that 90 to 95 percent of all sickness and disease comes from faulty diet!

Most people are in utter ignorance of the fact that it does make a difference what we eat! Most people, and the customs of society, have followed a regimen of eating whatever tastes good to the palate.

Adults are babies grown up. Observe a 9-month-old baby. Everything that comes into his hands goes to his mouth!

My youngest brother may not like to read this in print, but I remember when he was about 9 months old and had managed to creep into the basement coal bin. We found him trying to eat little chunks of coal—his mouth and face well blackened!

You may laugh at babies trying to eat silver cups and chunks of coal. Would you laugh at Chinese, dipping small mice into a sauce, and, holding them by their tails, dropping them as a ­delicious delicacy into their mouths?

If you do, the Chinese will laugh back at you. They will tell you that mice eat clean grain and clean foods, while you dip slimy, slithery oysters and other scavenger seafoods into cocktail sauces, and consider them a delicacy!

You think adults have actually learned any better than ­9-month-old babies? Go to your fancy grocer’s, and you’ll find on his shelves canned eel and canned rattlesnake.

Why? As I said, humans know nothing at birth! We have to learn! But most of us do not know that! And, again, what we don’t know, we don’t know that we don’t know! And somehow, ever since babyhood, most humans seem to have grown up putting everything into the mouth. Most have grown up eating just whatever seemed to taste good—and whatever they saw others eating. There has been little education or even study about what we ought—or ought not—to eat.

Most degenerative diseases are modern diseases—penalties for eating foods that have been demineralized in food ­factories—usually an excess of starch, sugar (the carbohydrates) and fats. Others are caused by a type of malnutrition—lack of needed minerals and vitamins in foods. Then people try to put the “vitamins” back into their systems by buying pills at the drugstore!

A famous director of a “Physical Fitness” program, lecturing at Ambassador College, reminded us that the medical profession has made great strides toward eliminating communicable ­diseases, yet is having little success coping with the increase of the non-communicable diseases—such as cancer, heart diseases, diabetes, kidney diseases. These latter are affected by faulty diet.

Of course there are other laws of health—sufficient sleep, exercise, plenty of fresh air, cleanliness and proper elimination, right thinking, clean living.

Right now “jogging” has become the physical fitness fad. Even men in their late 40s read a book by a self-professing “expert,” and suddenly are straining their hearts running 2 miles every day. “More and more exercise!” cry the faddists.

Why do humans tend to go to extremes? Exercise is good—it profits a little—but like most things, it can be carried past the law of diminishing returns. You can get an overdose that can cause harm. We are prone to forget the admonition of temperance in all things.

What is the value of this excessive exertion in running 2 miles a day? It induces blood circulation. It gets circulation even to the extremities. And that is good. Stimulating blood circulation is important. But we can also destroy health by going to unwise extremes. There is as much danger in overdoing ­exercise as in neglecting it.

Circulation can be induced without over-exertion or danger. I have never forgotten a lecture I heard as a young man in the days of the Chautauqua. The lecturer had been physical trainer to President Howard Taft. Immediately following the close of the Taft administration, this physical trainer managed to secure a list of all—or nearly all—of the centenarians in the United States. He personally visited every one. He asked to what they attributed their long life. One never used tobacco, and gave that as the reason. But another used tobacco all his life and still lived past a hundred years. One “tee-totaled”—but another drank beer and brandy all his life. And so it went. When he had interviewed them all, he analyzed his notes and was surprised to learn that only one thing was common to them all. Yet not one gave it credit for his long life. Every one had taken a vigorous daily rub-down. Some with a bath towel, following a daily bath. Some with a brush. But in one way or another, each had stimulated blood circulation even to the extremities of toes and fingers by daily rubbing or massaging.

Many ask how I (at the time of this writing in my 84th year) keep up the energy, vigor and drive. I’m sure there is more than one reason—but I do not “jog” or go in for fads. I walk—the best exercise for one of my age. But ever since I heard that lecture, perhaps 60 or more years ago, I have taken a daily rub-down. Method? A generous-size bath towel, following a daily shower. I try to get enough sleep. I watch elimination (very important). I try to be careful about my diet. And I have a tremendous incentive—a driving purpose in life, because I have learned what is life’s purpose. That spurs to action! I have a mission to accomplish that is more important than my life. There’s not much time left—and it must and WILL be accomplished! Besides all this I draw on a greater and higher Power. I think that gives the answer.

The average person has never stopped to realize that it is not natural to be sick. Sickness and disease come only from violation of nature’s laws of body and mind—the physical laws of health. Most people have not learned that there are any such laws! They suppose that occasional illness or disease is natural in the course of life. Nothing could be farther from the truth.

Sickness should not be taken for granted. Some authorities go so far as to say that we do not catch a cold—we eat our colds and fevers! They explain that a cold or fever is merely the ­unnatural and rapid elimination of toxins and poisons stored up in the glands, resulting from improper diet.

Now what about the great and the near-great of the world? They usually do not know all there is to know about the laws of good, vigorous health with clear, alert minds. But, compared to the average of the population, they know a great deal. They have, as a rule, enjoyed, shall we say, comparatively good health!

As an example, the president of the United States always has a White House physician who is constantly watchful over the president’s physical condition. A president is virtually required to get in certain exercise. President Eisenhower played golf ­frequently. President Kennedy took a daily swim. President Taft had a physical trainer who watched the overweight ­president daily.

Yet, there are many things that even these important people do not know about the causes of sickness, disease, debility.

One factor I think has worked universally in favor of such men. Mental attitude does have considerable influence on physical condition. Most “successful” men—as the world evaluates success—do think constructively, positively, in a mental attitude of confidence. They do not allow themselves to think negatively or assume an attitude of fear, worry or discouragement. They do not allow themselves to get into uncontrolled moods of griping, complaining. They enforce on themselves emotional balance. And, mindful of the responsibilities on their shoulders, they probably put more restraint on dissipation than most people.

Without health one is direly handicapped, if not totally cut off from achievement. The fourth law of success is largely dependent on good health.

Excerpt From: The Seven Laws of Success booklet by Herbert W. Armstrong