Herbert W. Armstrong Delivers the Gospel to Morocco
The gospel began to be delivered across Morocco on Radio Luxembourg in 1953.
By Gareth Fraser • August 2015 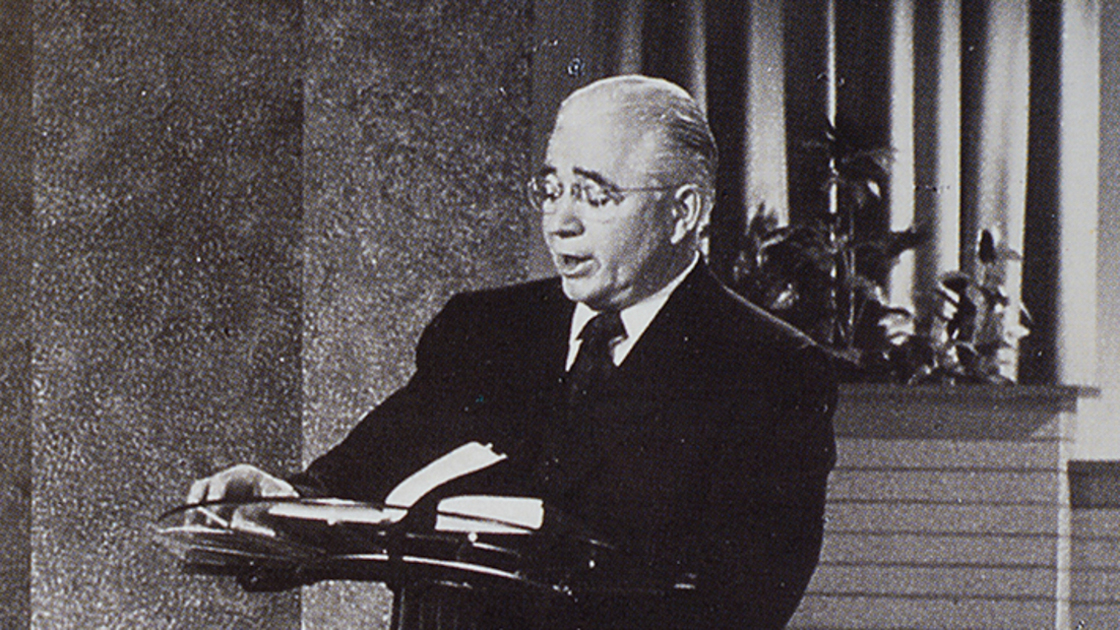 On March 22, 1979, Maati Bouabid was elected the ninth prime minister of Morocco. His appointment came as tensions in the Middle East and North Africa were at fever pitch. This was due to Egypt’s historic peace treaty with Israel signed on March 26. The Arab League responded by meeting in the Iraqi capital of Baghdad to formalize the suspension of Egypt from the league and the relocation of the organization’s headquarters from Cairo to Tunis.

Sixteen months prior, King Hassan of Morocco declared the following on the eve of Anwar Sadat’s historic trip to Jerusalem: “With the material possibilities now at the disposal of the Arab world and the particular genius of the Israeli people, imagine what this region could be like in the intellectual, scientific, artistic and economic fields. It is the dream that I have, and I hope that one day it will come about” (Worldwide News, Dec. 5, 1977).

In Tokyo, on the evening of April 25, the Tunisian and Moroccan ambassadors to Japan–along with an audience of over 250 business leaders, government officials, and ambassadors–heard Herbert W. Armstrong deliver the good news of the gospel of the Kingdom of God (Matthew 24:14).

At the same time, plans were being formalized for him to visit leaders of North African countries bordering the Mediterranean Sea. “This visit is being paved by the government of Tunisia with the ambassador in Tokyo taking the lead, and we’ll have a successful trip there as we will in Morocco,” said Mr. Armstrong’s assistant during a May 3 interview (Worldwide News, May 21, 1979).

These plans were announced to the public the next day over the airwaves of Los Angeles radio station kabc. On May 4, the radio talk show host interviewed Mr. Armstrong’s general consul, who said, “Next month we’ll be going to Tunisia and to Morocco, the following month to Egypt and to Israel” (Worldwide News, May 21, 1979).

About a month later, Mr. Armstrong touched down in the capital Rabat. The kingdom of Morocco borders the Atlantic Ocean and the Mediterranean Sea. Its diverse culture is a combination of Berber, Arab and European influences. The country is governed by a constitutional monarchy with an elected parliament.

In early June, the unofficial ambassador for peace met with Prime Minister Maati Bouabid, and they discussed problems in the field of social welfare. On this trip, Mr. Armstrong emphasized the importance of improving global nutritional values and focusing on specific agricultural projects and research undertaken by Ambassador College.

On June 6, the Moroccan ambassador to Tunisia attended a banquet in honor of Mr. Armstrong and the Ambassador International Cultural Foundation. “Mr. Armstrong explained the purposes of the Church and the great commission and announced that world peace would come with the government of God under the laws of God and would be established in the World Tomorrow, the Kingdom of God” (Worldwide News, June 11, 1979).

Mr. Armstrong’s voice first began to be heard across Morocco on Radio Luxembourg starting in 1953. By 1973, there were three Worldwide Church of God members in the country. The Church office in Britain dispatched ministers on occasion to visit members and new contacts. These visits took them from Rabat in the north to coastal Casablanca to Marrakech in the south.

The World Tomorrow program and Plain Truth magazine fueled interest from Moroccans. By 1984, magazine subscriptions had reached 849 nationwide. Around the time of Mr. Armstrong’s death, subscriptions were on their way to doubling at 1,421.

As fruit of that labor of love, in the January 1986 edition of the Plain Truth, with almost 8 million subscribers, a reader from Casablanca wrote, “How can I explain my joy in reading your publications? They are more sound and revealing than anything else I’ve ever heard. This magazine, like its name, is a spring of information and education. Ever since we started reading it, my wife and I have changed our conduct towards each other. Our marriage has now become a better union.”

The divinely inspired voice Moroccans heard over 70 years ago continues to cry out in the midst of spiritual wilderness today. With 56 percent of its 33 million citizens identified as Internet users, they have daily access to the Key of David program and Philadelphia Trumpet magazine online.

In the tradition of Herbert Armstrong, Gerald Flurry prophesies again the spiritual solutions to mankind’s spiritual problems of violent human relations, damaged marriages and broken families (Revelation 10:11). This positive message of a supreme government to usher in worldwide peace and prosperity remains mankind’s only hope.