Are You ‘Hard of Listening’?
The real difference between hearing and listening
By Greg Nice • Aug. 18, 2015 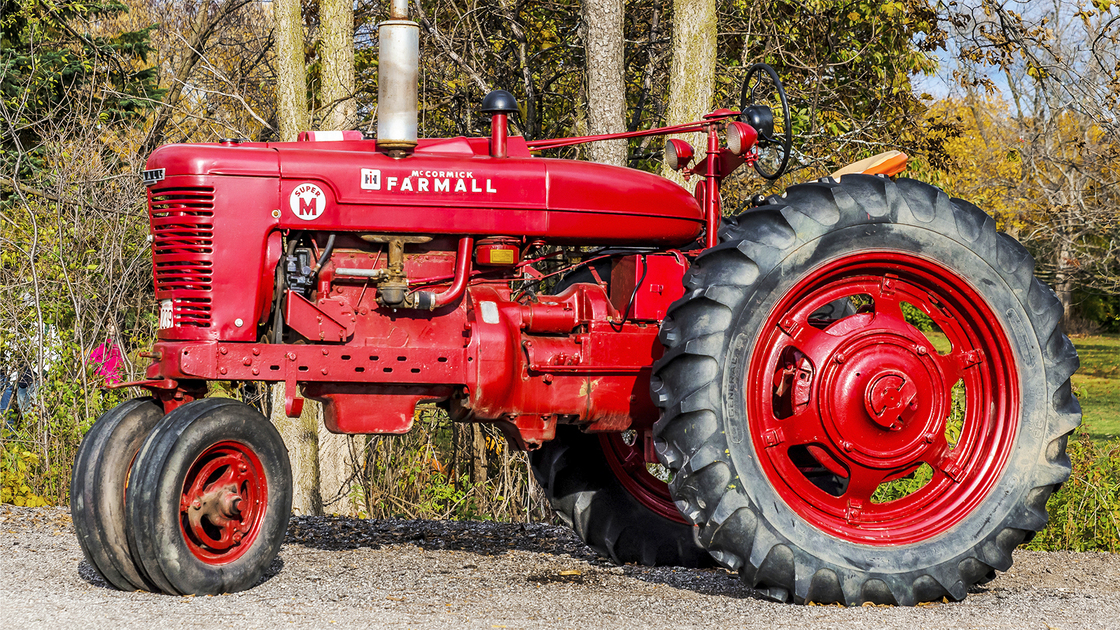 We normally describe human beings as having five senses. One of those senses is hearing. It is estimated that about 2 percent of the United States population between ages 18 and 64 have a hearing disability.

Hearing is the act of perceiving sound by the ear. Most people can hear, but the question is: Are they listening? There is definitely a difference between hearing and listening. I would like to relay an experience that will help to illustrate this difference.

When I was young, my father farmed for a living. He taught his children how to do things on the farm at an early age. This included work done by hand but also operating the machinery. By the time I was 9 years old, I had already learned to operate our tractors.

We had an International Farmall M tractor (like the one pictured) that I learned to drive by myself as soon as I was strong enough to push down the clutch far enough to disengage the transmission. I spent a good number of hours pulling a hay wagon with that tractor as the bigger boys my Dad had hired picked up hay bales out of the field and threw them on board.

Even though my leg wasn’t long enough for me to depress the clutch while fully seated, I had driven the M enough that I could slide down, press the clutch smoothly and quickly, and let it out again as I slid back into the seat.

One day, Dad was disking a field that had some wet spots. As he tried to disk through one area, his tractor got stuck in the mud. I was there with the M, and he told me to pull up in front of his tractor, staying on the dry ground. He would hook a log chain to the rear of my tractor and connect it to the front of his, and I would pull him out of the mud.

Getting tractors stuck in the mud was not uncommon, but this was the first time I was the one doing the pulling. Dad was fully aware of my inexperience, so after he hooked up the chain, he gave me detailed instructions: Since there was slack in the chain, I had to ease off the clutch slowly; then, when the chain became tight, I was to let the clutch out fully and give the engine more throttle until his tractor tires grabbed a purchase on dry ground.

I heard what he said and nodded that I was listening. So he went back and mounted his tractor and got it in gear. He gave me the go sign, and I eased the clutch out until it started my wheels moving. Then I let it out all the way and pushed the throttle forward, sliding back into the seat—just like I always did. Then I looked back.

Dad had thrown both hands up and was yelling for me to stop!

At that point I remembered, “Wait till the chain gets tight.” I grabbed the steering wheel with my right hand, the headlight crossbeam with my left, and pulled myself forward and down so I could press the clutch and stop the tractor. It was too late.

On my end, the M quickly pulled all the slack out of the chain and was still moving. On the other end, tons of iron sat locked in the mud. Something had to give, and it wasn’t those tons of iron.

That giant log chain broke off my Dad’s tractor and snapped through the air—right at me. The steel chain shot forward and smacked into the metal seat in a split second.

The rest of this story could go one of two ways. I could be sitting in that seat—facing forward, not checking with Dad and not remembering at all what he had said—and the end of that steel whip would have made destructive contact with my 9-year-old noggin.

That would have ended my ability to ever put together another sentence, like I am doing right now. Or it would have killed me.

Thankfully, the story goes a different way. Since I was so small (and since you could say I did barely listen and remember at the last possible second), I was sliding almost entirely out of the seat to stop the tractor, and that is the moment when the chain whipped into it.

There I was. The M chugging in idle, my Dad and his tractor still stuck, and a snapped log chain that could have been the biggest—and last—mistake I ever made.

I knew what had caused this. I knew that I had heard my Dad’s instructions, but I had not listened.

When I had seen him throw up his hands, in my mind I could hear him say, “Wait till the chain gets tight.” I had heard. But if I had listened, I would have waited till the chain was taut before going full throttle. I didn’t have a hearing disability, but I did have a listening disability.

Do you have a listening disability?

If you don’t have a hearing disability, hearing just happens. But you have to choose to listen. You have to consciously concentrate so your brain can process what it hears. Two percent of those around us may be “hard of hearing,” but a far greater number are “hard of listening.”

The King James Bible uses the word “listen” only once; instead the word “hearken” is used—mainly in the Old Testament. Three different Hebrew words for hearken are defined this way: “to broaden out the ear,” “to hear intelligently, attentively,” “to prick up the ears.” My dad probably should have made me remember and recite Proverbs 23:22, which says, “Hearken unto your father that begat thee ….” We worked around animals and machinery regularly, which could easily kill or maim a person. As a youth, I really didn’t know the extent of the dangers, and I needed to listen attentively.

It applies to everyone, but especially as youth, you need to listen. You need to hearken. You need to broaden out your ears, so to speak, especially in situations that involve your welfare and your future. That includes instructions from your parents, education you receive from your teachers at school, lessons that are being taught at services through the ministry, and guidance from your extended family. You may not be assisting your dad in a hazardous occupation, but you must realize you are living in dangerous times! Satan has been cast down, and society is spinning out of control.

Christ admonished us all to become like little children. We need to humble ourselves and be both teachable and willing to learn. Teens of every generation have a hard time taking on the humility of a little child. They just grew from being a little child, and now they know so much. I had probably been driving that tractor for a year or so when I attempted to pull my dad out of the mud. I probably thought, Why is he going on about how to drive the tractor? Doesn’t he know that I know what I am doing? Obviously, I did not know what I was doing, and I came close to having a damaged brain as a result.

It is often stated, but unfortunately we don’t often listen to this true statement either: “You don’t know what you don’t know.” If we would see ourselves as little children and admit that we don’t know much, we would listen. We would hearken to those who are trying to guide us, protect us and teach us out of love.

Here are some keys that will aid you in becoming a better listener:

· Look at the speaker.

· Do not interrupt the speaker.

· Focus on what is being said and not on what you plan to say next.

God has sanctified you. His desire is for you to prosper. Proverbs 8:32-33 say, “Now therefore hearken unto me, O ye children: for blessed are they that keep my ways. Hear instruction, and be wise, and refuse it not.”

Listen! God and your family and your ministry want you not just to survive, but to thrive. Hearken to those who are speaking to you, and don’t be “hard of listening.”