How Kenya Inspired Herbert W. Armstrong
Remembering one of the world’s most honored dignitaries and his African legacy
By Gareth Fraser • November 2011 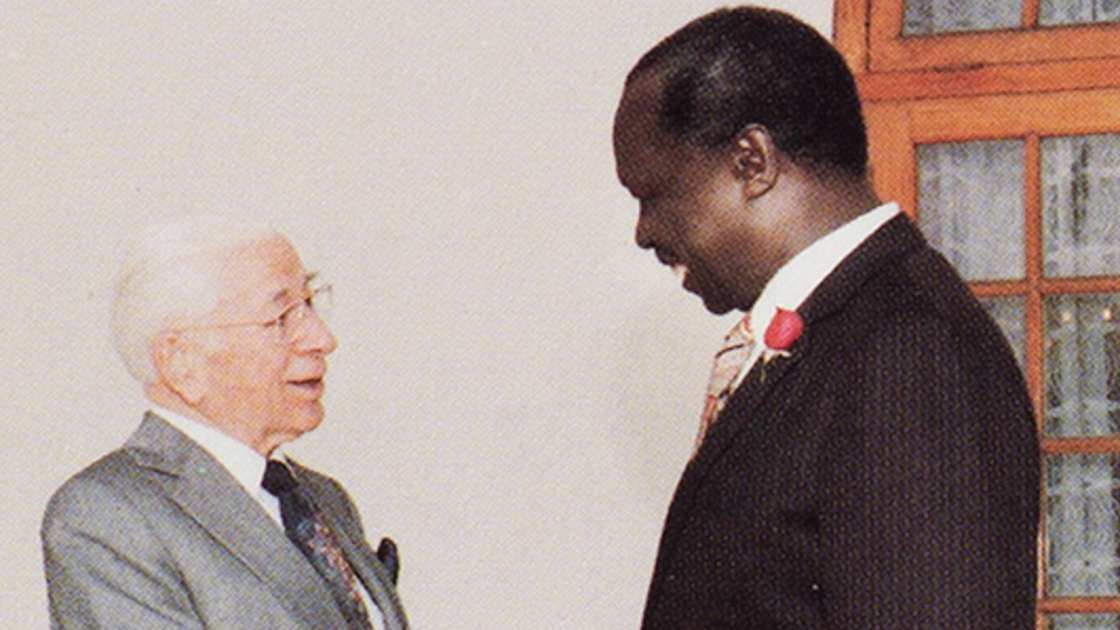 Radical Islam is spreading at breakneck speed across North Africa. Kenya is feeling the impact of its fury as evidenced by its current offensive against terrorist group al-Shabaab. Since aligning itself with al Qaeda last year, the terrorist group has grown in strength, impact and influence. It has found a regional home in Somalia and from its bases there is surging into Ethiopia to the west and northern Kenya to the south.

Our editor in chief recently proclaimed that Ethiopia will soon fall to radical Islam (Daniel 11:43). Bible prophecy declares it will become subject to the pushing of the biblical king of the south. That push is led by the world’s number one sponsor of terrorism—Iran. How? Through its regional proxies such as the Muslim Brotherhood, al Qaeda and al-Shabaab. For North Africa, this is a regional crisis that is currently impacting other countries such as Djibouti, Eritrea, Somalia and, most notably, Christian-dominated Kenya.

Amid the fight for freedom, Kenyans have forgotten a past time of joy, happiness and infectious inspirational encouragement which God delivered to them via an unofficial ambassador for peace. Those memories and the message they received contain the very solutions to their security, social and governance challenges.

As far back as 1974, preliminary work was well underway for public appearance campaigns featuring Herbert W. Armstrong for Nairobi, capital of Kenya. A year later, on May 26, 1975, Mr. Armstrong wrote to co-workers: “I am seven miles high over the Sahara Desert flying to Nairobi, Kenya, for the next big campaign. We expect a large and very  successful campaign there.”

After his arrival, Mr. Armstrong was greeted by President Jomo Kenyatta at the official statehouse. The president asked him questions about his work and mission in relation to seeking world peace. “President Kenyatta and I generated a warm friendship immediately,” Mr. Armstrong wrote. “We found that we had much in common in general philosophies and grasp of human conditions, right principles and concepts.

“Our first visit, almost an hour, was at his office in the statehouse. He does not live there, however, and the second visit was at his home, some 35 or 40 miles outside Nairobi. I met his wife and family. We were met at the airport on our arrival by his niece (whom he calls his daughter), and to a considerable extent we were guided and escorted by her during our two weeks in Nairobi. She and the president’s wife are going to visit us a little later in Pasadena, and they want me to try personally to induce President Kenyatta to visit Ambassador College at Pasadena. He never flies, but they feel that perhaps I may be able to induce him to make the flight.

“I still marvel at the favor God gives me in the eyes of the world leaders—a favor really needed to accomplish Christ’s great commission. … [Nairobi] may become a very important city to us, in terms of getting God’s Work done in Africa” (co-worker letter, June 24, 1975).

Discussion then centered upon the Ambassador International Cultural Foundation. As Mr. Armstrong explained the foundation’s accomplishments, “the president was duly impressed by these concrete evidences of humanitarian concern for others and a definite manifestation of a willingness to help others to help themselves. We expressed our interest in establishing a permanent relationship with the people of Kenya in a project that would be meaningful both for the people and for us” (The Bulletin, June 3, 1975).

After meeting with the president, Mr. Armstrong was introduced to the minister of state, the attorney general and later the minister of defense, with whom he met for half an hour. Following this meeting, as was often the case in world capitals he visited, Mr. Armstrong was guest speaker for the Lion’s Club during a special luncheon. After this, at a formal dinner hosted by the president’s nephew and niece, Ambassador and Mrs. Mungo, he was introduced to Kenya’s social, academic, industrial and political ruling elite.

During this trip, plans were finalized for Mr Armstrong’s three-night campaign at the Kenyatta Conference Center during which a special film, Ambassador for World Peace, was shown to highlight other successful appearances worldwide by this messenger of peace.

“In the latest big campaign in Nairobi, Kenya,” Mr. Armstrong wrote, “I had such an inspired and enthusiastic audience in that big auditorium that I had to tell them that their eager listening and enthusiastic response inspired me—and by the final, third night of the campaign they had me so inspired that I think my message was one of the most inspired and powerful I have ever delivered” (co-worker letter, June 24, 1975).

In July of that same year, Mr. Armstrong still could not stop thinking about the impact of the audience during his final campaign in Nairobi. He wrote of how the audience inspired him; he realized just how much he and we all need that kind of encouragement and inspiration. God used him as a messenger of encouragement to the Kenyan people, and that radiated right back through their joy and happiness upon receiving the very gospel message of Jesus Christ (Matthew 24:14).

Memories of the Messenger

On the morning of Aug. 22, 1978, while sleeping at the State House in Mombasa, President Kenyatta died. That very day, Herbert Armstrong recollected, “I had visited with him … at his office in the State House in Nairobi and the better part of the whole day at his residence 35 miles outside Nairobi. … We had luncheon at his home with members of his family. He conducted us on a tour through a suburban self-help hospital, which he had built. He was, as am I, a staunch believer in helping others to help themselves—to help them get on their own feet so they can make their own way, rather than supporting others outright in pure charity while they do nothing to help themselves.

“Through the Ambassador International Cultural Foundation, we had undertaken to join with President Kenyatta in founding in Kenya a self-help school to help reduce the illiteracy of the country. He was apparently just my age—86, though he did not know his exact birth date. He was a very close friend—like two close brothers with Emperor Haile Selassie of Ethiopia.”

Mr. Armstrong went on to continue a strong relationship with the Kenyan government and people, establishing congregations in the country, aiding with the Ambassador International Cultrual Foundation school project, then later returning during November 1982 to meet Kenyatta’s successor, President Daniel Arap Moi, and conduct a lecture to Plain Truth magazine subscribers.

Today, that message from Christ, the King of encouragement, lives on. The Philadelphia Church of God, which sponsors this website, hosts congregations across Africa and in Kenya. God in His mercy is still working to encourage this beautiful country with His gospel message and final warning of prophecy (Revelation 10:11).

We have often reminded readers that for almost 22 years, our editor in chief, Gerald Flurry, has labored to continue the honored legacy of Mr. Armstrong—through the print and online magazine the Trumpet, the Key of David television program, the educational institutions Herbert W. Armstrong College and Imperial Academy elementary school, and also culturally through the concert series sponsored by the Armstrong International Cultural Foundation held at the breathtaking new Armstrong Auditorium. These initiatives are increasingly combining to perpetuate God’s message of His love for humanity which the Kenyan leadership and citizens acknowledged through their joy and enthusiastic reception of God’s message.

The one man who has truly sought to follow in the footsteps of Herbert Armstrong, ambassador for world peace, declares, “God protects those saints who ‘turn many to righteousness’ (Daniel 12:3). This is in the context of the king of the south. Getting out this message is why we understand God’s revealed truth. Our work is to give people a chance to turn to God.”

Those who do not turn may well remember God’s message during the rapidly approaching Great Tribulation and Day of the Lord. Perhaps the terrible suffering of that great trial will finally awaken them. They will know how to repent because of the message this work is urgently straining to publicize—a work of very urgent warning of the Great Tribulation to come (Matthew 24:21). God prophesies that those who join with us to declare this urgent warning are to shine like the stars and the brightness of the firmament forever! They will literally become the Bride of Christ.