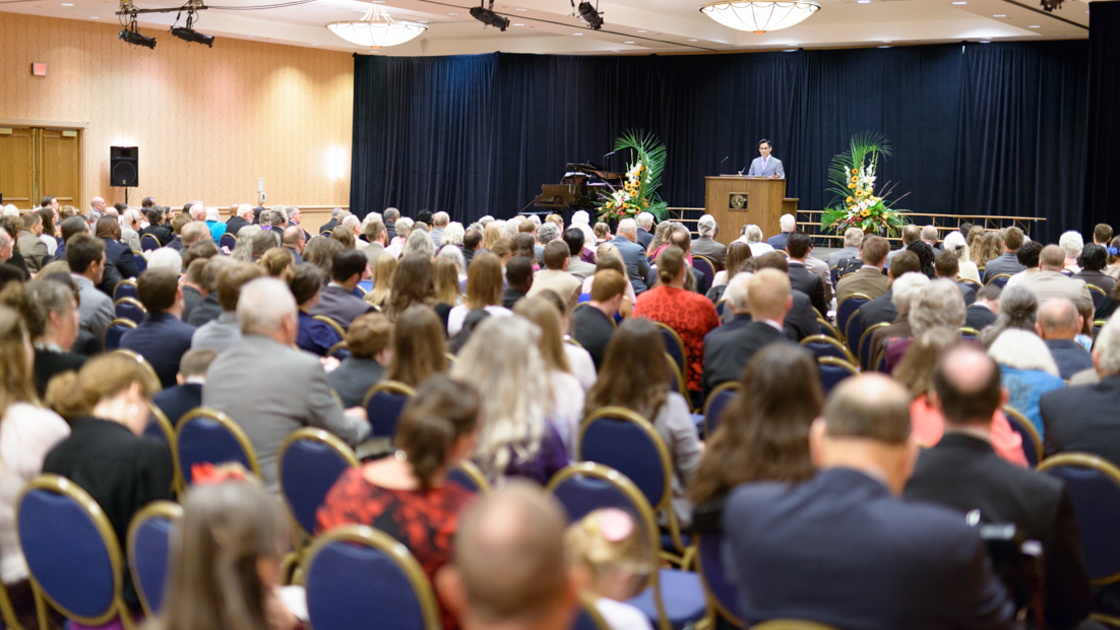 The Feast of Tabernacles is an annual 8-day fall religious conference sponsored by the Philadelphia Church of God and open to its members residing in North America and 47 other nations.

Following the example of Jesus Christ, the Apostle Paul and the New Testament Church, members of the

Philadelphia Church of God observe the annual Feast of Tabernacles as described in both the Old and New Testaments of the Holy Bible. All Church members and their families travel to sites in the United States and internationally where this family Festival is conducted for eight days. Church members understand that the Bible instructs parents to bring their children with them to the Feast (Deuteronomy 16:13-14).

Meeting in a family atmosphere, Church members attend daily morning Church services. Family activities and social events are also arranged during the Feast, including visits to local sights and attractions. In this way, the Feast is not a mere vacation or holiday, but a unique educational experience for both adults and children.

The Feast of Tabernacles is also known as the Feast of Booths (Lev 23:42), signifying temporary dwellings. In the US alone, the PCG fills over 10,000 sleeping room nights annually during this event. In order to prepare for this annual festival, members save 10% of their annual income. This allows them to budget for transportation, lodging, food and entertainment.

The Feast of Tabernacles dates follow the Hebrew luni-solar calendar. Dates for the fall of 2015 are September 28 through October 4, concluding with the Last Great Day on October 5. Nearly 5,000 members are expected to celebrate the PCG Feast of Tabernacles between 16 locations worldwide. The 7 North American locations will be in Oklahoma, Ohio, Georgia, California, New Hampshire, British Columbia and New Brunswick. The 9 overseas locations will be in Australia, Ireland, the Philippines, Grenada, South Africa, Papua New Guinea, El Salvador, Colombia and Chile. The largest Feast site is expecting upwards of 750 attendees while the smallest is expecting around 20.

In the 1980’s Feast of Tabernacles was known as the “largest convention on earth” with over 80 locations and 100,000 attendees.

The educational experience coupled with the family atmosphere makes this annual fall festival the true highlight of the year for the members of the Philadelphia Church of God!