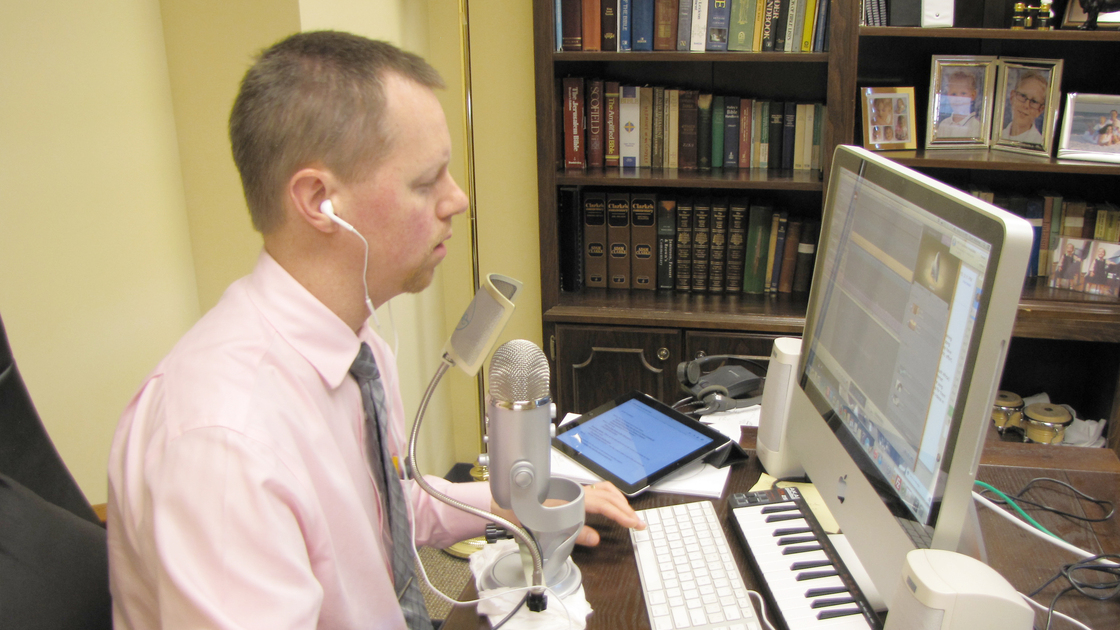 EDMOND—Herbert W. Armstrong College music director Ryan Malone hosts the debut episode of Music for Life on kpcg today. The program, which will air Mondays at 4 p.m. (cdt), will include major themes throughout the history of music and interviews with performers.

Mr. Malone said the program combines two classes at the college: Music Appreciation and Music of the Bible. Each program focuses on a specific musical theme and explores its iteration throughout music history, dating back to biblical times.

Today’s program, “Prelude,” introduces Music for Life’s format and approach. Mr. Malone said the program will generally include segments such as “Sounds of Scripture,” which focuses on biblical references to the program’s theme; “Classroom Corner,” which explains how that theme has been taught to young people in history; “Backstage Banter,” which features an interview with a performer at Armstrong Auditorium or another local musician about their work and the program’s theme; and “Dessert,” which presents a light, easily accessible piece of music that characterizes the theme.

The June 22 program highlights the orchestra as the theme, recounting its history in ancient Babylon and in the Prophet Samuel’s schools. The show also features an interview with Joel Levine, conductor of the Oklahoma City Philharmonic.

Mr. Malone compared the program to Carl Hoss’s Adventures in Good Music radio show and said it might have a touch of humor like Peter Schickele’s comic radio show, Schickele Mix. He said Music for Life’s biblical focus will make it unique among music appreciation programs.

Mr. Malone emphasized the program’s tagline: “Exploring the purpose and value of music to humanity’s enrichment.” He said that at one time, music was thought of as an essential part of life rather than merely a source of pleasure. He said music was considered part of mathematics and that astronomers studied harmonic ratios to understand the cosmos. He compared listening to music solely for enjoyment to eating food just for taste, without considering its effect on health.

“What is enriching about music? Is it just for pleasure?” he asked. “Or is it, as some thought years ago, a link to the spiritual?”

Mr. Malone said the program’s name, Music for Life, contains a multifaceted meaning. He said it embodies the ideas of music enriching one’s life, a lifelong appreciation of music, and music’s connection to the transcendent and spiritual.

“When we think about our eternal future, our potential,” he said, “this is music for that life as well.”