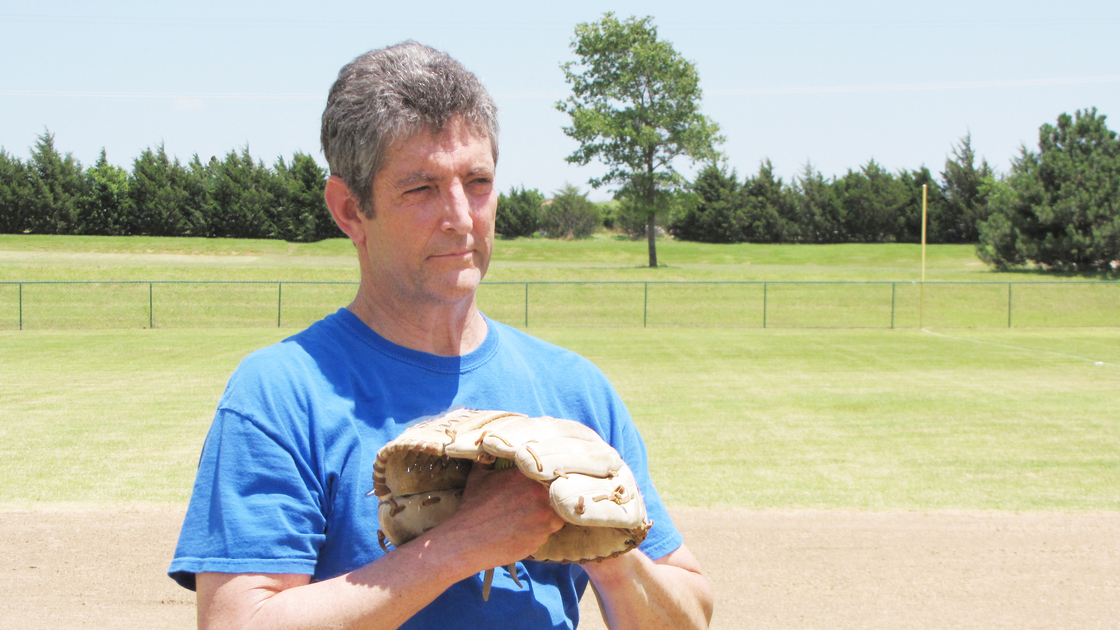 Photo: Albert Clarke (Philadelphia Church of God)
PYC director Wayne Turgeon shared some of the feedback he has received from dozens of campers.

EDMOND—A young, freckle-cheeked, teenage boy strides bravely forward in the gymnasium. More than 200 teens and adults pack the bleachers, all with their eyes focused intently on him. To a microphone well above his head-level, the boy opens his mouth to speak a few words—but unwittingly breaks down in tears. He withdraws to his dorm mates. A 20-something camp counselor in a red shirt walks over and whispers a gentle word of encouragement. Side-by-side, the two walk back to the mic.

“Everyone clapped and cheered. I felt amazing. And that ignited the fire once again,” the boy wrote to eight-time camp director Wayne Turgeon. The support and encouragement from his counselor and others, he said, shows that he’s part of a family.

Mr. Turgeon said that PYC is important for preparing “the next generation of leaders.” “You want to always develop leaders that are going to do the job better than you do.”

He added that partially because of PYC, a three-week summer camp held annually since 1992, youth in the PCG are getting better and better in a world that is getting worse and worse.

Some teens who have attended PYC wrote to Mr. Turgeon that the experience greatly impacted them. One teen wrote that her experiences at PYC have “totally changed my life.” “It’s not just a camp to run around under the sun and take some notes,” she said, “It’s a training ground.”
One teenage boy wrote that the experience helped him to improve “spiritually, mentally and physically.” A first-time camper asked Mr. Turgeon to give Pastor General Gerald Flurry a thank-you hug from him for PYC and the other opportunities the Church provides for its youth.

“I haven’t seen Harvard or Oxford offer a career path in becoming a firstfruit,” he wrote.

Some parents wrote that their child going to PYC has influenced the whole family.

“Our family has been motivated to do more and finish this Work,” one parent wrote.

PYC has also increased PCG youths’ interest in attending Herbert W. Armstrong College. Mr. Turgeon said it was difficult in the early years to find people who wanted to go to Armstrong College, but because of PYC, the college now receives more than enough applicants.

Several current Armstrong College students say that attending PYC motivated them to apply to AC. Other students said that their PYC experience has helped them in their lives and enabled them to contribute more to the Church.

Graduate Kyle Cocomise and Junior Joel Hudson-Stewart said that attending PYC prepared them to give back to the youth by working as PYC staff. Junior Justin Goodearl said that camp showed him that God’s way is fun and showed him how to work on a team. Many students said they still have friends from PYC.

Mr. Turgeon said the success of PYC in helping youths is the result of more contact with ministers as well as a combination of receiving spiritual instruction, seizing physical opportunities, and introducing new habits.

Several former campers also pointed to their counselors’ examples as major helps. Goodearl said that seeing the example of his assistant counselor praying first thing in the morning impacted him when he was a camper. Graduate Abraham Blondeau said his assistant counselor encouraged him to push himself more. Graduate Tiffany Watson said that her favorite memory from PYC was building a relationship with her counselor and other AC students.

“It opened my eyes to a way of life filled with happiness and joy that I had no idea existed,” Watson said.

Victor Granados, who attended summer camps at other churches before coming into the PCG, said the difference with PYC was that “God was actually there.” Even though the other camps included similar activities, there was no morning prayer. They had Bible studies, but they did not have a big impact on the youth. At PYC, Granados said, the staff connected with the students in a way they didn’t at other camps, and the lectures were tailored specifically for the audience. He said that PYC has moved him to grow spiritually, read Church literature, embrace his schoolwork, and help his mother more at home.

Mr. Turgeon encouraged parents to have “heart-to-heart” talks with their kids about what they had learned, to go over their notes together, and to make the changes permanent. He added that just one experience can change a teen’s life forever. But, he said, “it all depends on what the student does with it.”