Lessons From History: Quintessential Man of Action
Bear the burden of being a man.
By Abraham Blondeau • March 12, 2015 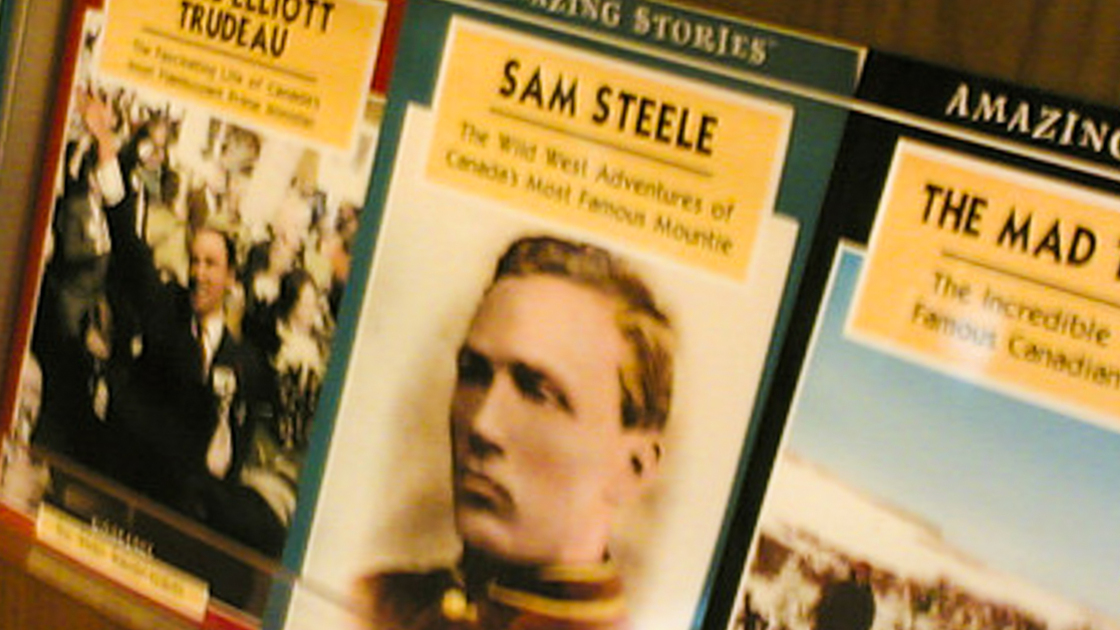 The Apostle Paul wrote in 1 Corinthians 16:13: “Watch ye, stand fast in the faith, quit you like men, be strong.” There has never been a time as urgent as ours today—a time when strong young men who will fulfill their duty and sacrifice for the task at hand are greatly needed. Making a difference in this life is not a one-time event, but is built over a lifetime of deciding to do the hard things.

Are you young men living up to this challenge?

Sam Steele as a teenager helped organize a local militia and held the rank of ensign in the British Army. He was known as an officer and a gentleman. Although these Canadian pioneers lived far from the refined society of the mother country, having manners still counted for a great deal. The Dictionary of Canadian Biography says: “Sam Steele was the quintessential Canadian man of action in the Victorian era. Physically strong and courageous, he personified the heroic qualities of the early Northwest Mounted Police.”

His extraordinary life gives a tremendous example of masculinity and shows how a man of true character can impact an entire nation.

Steele’s success as a police officer and administrator came because he first mastered himself, and then he was able to master any challenge that came before him.

The Canadian West needed to be conquered. The vast expanse of the Great Central Plain, the Rocky Mountains and the resource-rich Pacific Coast was quickly being settled by pioneers, prospectors and whiskey traders. The Canadian government saw the need to avoid the lawlessness of the American West and wished to uphold the Queen’s law in the new territories.

Thus, the Northwest Mounted Police (nwmp) were formed in 1873. Comprised of fewer than 300 men, they were tasked with bringing order to 300,000 square miles of territory. Their story is one of incredible toughness, endurance and determination. However, one man embodied the spirit and mission of the nwmp. He would become a legend of the Canadian West and a man the nation would continually rely upon for success. This man was Sam Steele.

Steele was the third man to volunteer for the nwmp, and he quickly ascended through the ranks. He was to become one of the top sergeant majors in the entire organization. Sergeants are the link between the officers and the men, between orders being given and obeyed. Sam Steele believed in carrying out orders.

In one instance, Steele had orders to march his unit 20 miles to Fort Ellice and to arrive the next day. To many this would be unreasonable, but Steele was determined to follow orders. Steele and his men marched for 18 hours straight, so that even their horses were collapsing from fatigue. Steele single-handedly lifted many horses back onto their feet. Pausing five miles from the fort, he allowed his men and their animals to rest. During that time, he built a bridge across the river beside their camp. It was reported that Steele was the last man to enter the fort carrying the hindquarters of a horse on a stretcher, for the horse could not walk on its own. He certainly earned his wage of $1.20 a day.

In the 1880s, Canada began to build the Trans-Canada Railway line to unite the metropolitan East to the rustic West. Hundreds of railroad workers were employed, and Steele was tasked with maintaining order during the construction period. Unfortunately, the railway workers were treated poorly, worked long days without being paid in full. This resulted in a strike that could have been disastrous to the project. Although Steele was aware of their mistreatment, it was his job to maintain order, and that is what he did.

Ignoring his pleas to be patient—to give the government more time to send them their wages—the protests turned violent. Several hundred strong, the protesters needed to be stopped. Steele, who was bedridden with influenza, gave orders to his second in command to arrest the main leaders and bring them into custody.

The protesters would not yield to the authority of the nwmp and threatened the lives of the small detachment of officers—only about 10 men. After a man was shot in the shoulder for trying to interfere with the arrest of the main leader, the protesters stormed over the small bridge that led to police headquarters.

Steele decided to take personal command. After days of being too weak to stand, and despite blurry vision and extreme fatigue, Steele pulled on his boots, grabbed a Winchester rifle, and went out to face the crowd.

He leveled his rifle at the advancing crowd and told them in his booming command voice to halt. They never moved another inch forward. Most were surprised to see the legendary Mountie in front of them. He sent them back to their camp and helped implement legislation to prevent those types of situations in the future—and he saw to it that the rioters’ grievances were addressed.

Some of Steele’s other accomplishments included policing the Yukon Gold Rush, helping to suppress the Northwest Rebellion, raising and training Lord Strathcona’s Horse to fight in the Boer War, serving as police constable in South Africa, and being one of the chief trainers of the Canadian Army in World War i.

He was always called upon by his country to do the hard jobs, the difficult tasks–and he had a knack for being where the action was. He was an empire man, willing to serve Queen and country wherever necessary.

This carnal man certainly left a grand monument behind that we can learn a great deal from. Today, we are launched on a similar endeavor as Sam Steele: to bring law and order first into our lives, and then the entire world! But success is only found by individuals willing to do extraordinary tasks. This is a choice you need to make now—to become a masculine man like Sam Steele!

Galatians 6:5 says, “For every man shall bear his own burden.” Bear the burden of being a man, and of being extraordinary—God needs you! This world needs you! Despite the obstacles, perils and difficulties you may encounter, you will find victory.

Be a man of action. Be a man God can rely upon. Remember the example of Sam Steele, and remember to bear your burden.