The Corrupt Crumb
The importance of hunting for all the leaven in our homes is a direct type and a powerful lesson of the need to eradicate sin from our lives.
By Steve Hercus • March 2011 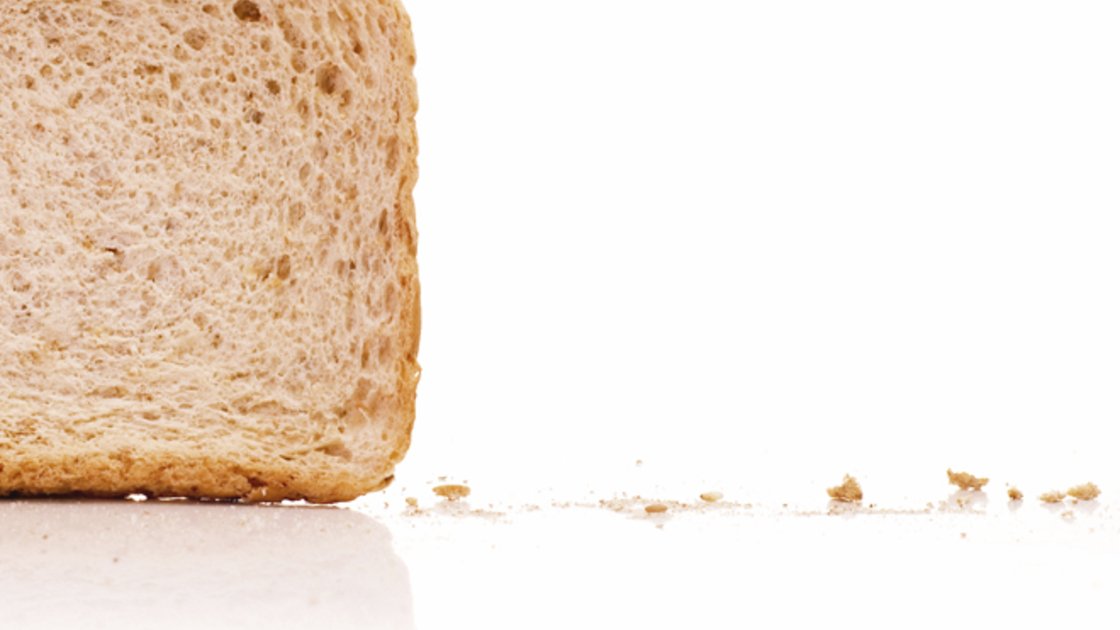 For weeks you track, hunt, and bear righteous dominion over a plagued-proportioned species that resides within your habitat. This target species is the meager crumb. Each crumb is not much larger than a grain of desert sand. Each speck barely looks large enough to contain more than one ingredient. However, of all the ingredients it does contain, there is one component that is significant and particularly powerful.

Leaven, that one dynamic ingredient, puffs up; Scripture says so, and every day, millions of loaves prove this point (1 Corinthians 5:6). Of the myriad of things in creation God could have used as an analogy for the effects of sin, He chose leaven. Considering the depth of God’s mind, and the detail He implants within creation, it is worth putting leaven—particularly yeast—under the microscope to see further depth in this powerful analogy.

The biblical term leaven refers to what we commonly term leavening agents. There are many, and they all need to be removed from our homes prior to the Days of Unleavened Bread. Initially they can be broken down into two main categories: biological and chemical. Yeast is a biological agent. It is a single-celled fungus, of which there are approximately 1,500 different kinds.

Often yeast is called a “one-celled plant” because it is so small that you need a microscope to see it. What confirms it as a plant is its ability to reproduce itself. Sin, as we know, has a habit of producing more sin. You can feed yeast and aid its growth with a solution of sugar. Sin thrives in the pleasures, or the short-term sweetness, of this world. The way to kill yeast is through starvation or with intense heat. Similarly, God tries us through fiery trials in order to purify us and produce righteousness (Malachi 3:2-3). Much like yeast needs isolation from a food source to cease being active, God instructs us to come out of the world, to be cut off from its ways, and to forsake sin (Revelation 18:4).

Yeasts are known as chemoorganotrophs, meaning they use organic compounds as a source of energy and do not require sunlight to grow. Likewise, sin multiplies in the darkness of a blind world.

Of the 1,500 varieties of yeast, many of which permeate the air we breathe, saccharomyces cerevisiae is the version used for baking, and the particular type of yeast we remove in the deleavening process. The power of this yeast lies in its effective ability to replicate itself. It is so efficient that scientists use it as model system for molecular genetic research. Sin tends to mass produce, and mankind’s problems wax worse and worse (2 Timothy 3:13).

Bread makers of the past realized that leaving their bread out to rest for a while would provide them with lighter, fluffier loaves. This process worked because yeast strands from the air would get in the bread and cause it to rise. Comparably, Satan is the prince of the power of the air (Ephesians 2:2). The author of sin broadcasts his spiritual leaven through the same air we breathe.

Today, modern bread makers take a more proactive approach and deliberately add sugar and yeast to make the dough rise. Since the Herbert W. Armstrong’s death, Satan, the great deceiver, has been cast down to this Earth and is more direct at injecting his nature into the minds of mankind.

Sin begins with conception in the mind (James 1:14-15). It pulls against the development of holy righteous character. It changes the spiritual chemistry of the mind to perversion. Leavening with yeast is also a process, based on fermentation. It biologically changes the chemistry of the dough as the yeast works. Though these effects are dramatic, they are not necessarily sudden.

Unlike chemical leavening, which usually activates as soon as water combines with acid and base chemicals, yeast leavening requires a stage called proofing. This step allows the yeast time to reproduce and consume carbohydrates in the flour. The yeast goes into action by releasing enzymes to break down the flour’s starch molecules into basic sugars. It then thrives on those sugars and consequently releases carbon dioxide. That gas gets trapped within tiny air pockets in the dough, it expands, and the entire loaf rises. In effect, yeast feeds on the very substance it resides within. So does sin, both in individuals and collectively in society. Just as the haven for yeast is within bread, unrighteousness finds fertile ground within human nature. Our homes are also an asylum for leaven, just as our lives can so easily conceal sin.

The importance of hunting for all the leaven in our homes is a direct type and a powerful lesson of the need to eradicate sin from our lives. As you deleaven in preparation for the spring holy days, remember the nature of the corrupt crumb.