The Proverbs 31 Woman
Consider the God-given role of a Christ-like wife as expounded in the Scriptures.
By Ron Fraser • June 30, 2013 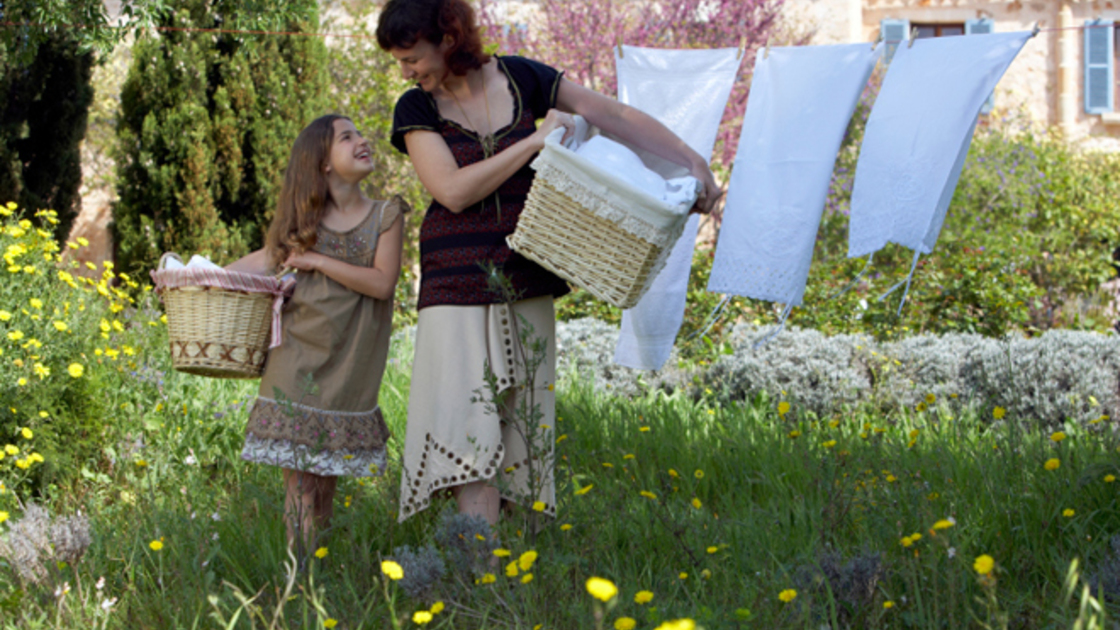 God teaches us that trials are a blessing. He designs them deliberately to channel our focus on spiritual growth—growth in the character of our Savior, Jesus Christ, who underwent the most grievous and greatest of trials that we might take on His character.

During a recent health trial, one area in which I personally gained a further understanding relates to the fullness of a woman’s potential as a Proverbs 31 wife.

That saying, “wear the pants,” came from a generation that appreciated women wearing feminine garb, “pants” then being a sign of masculinity in traditional Western society. Thus, the implication was that a woman who “wore the pants” in a marriage had taken on her husband’s God-given role as leader.

A close study of Proverbs 31 reveals the female character and ability that Mr. Armstrong said he would consider marrying.

Having found myself largely incapacitated for the best part of a year, I watched as my wife was forced to take on roles that were largely mine for the best part of our almost 48 years of marriage. It was difficult for both of us, but highly necessary, given the circumstances.

Now, rapidly returning to health through God’s divine healing miracle, I am able to reflect on the tremendous capacity that God has given a deeply converted woman to fulfill her role as outlined so clearly in Proverbs 31, which prepares her for such emergencies, and which qualifies her for office in the coming Kingdom of God.

In Proverbs 31:10 we read: “Who can find a virtuous woman? for her price is far above rubies.” The literal translation of the word rendered from the Hebrew as woman is “wife.” So the context throughout the remaining verses relates to a virtuous wife. That is made clear in verses 11 and 12, which speaks of the blessings gained from a virtuous wife by her husband.

Since Rosie the Riveter graced billboards during World War II, the God-given role of homemaker has been progressively denigrated. This has been the case, in particular, since the rise of the feminist movement in the 1960s. Today it has reached the point where more women than ever are the main breadwinners for their family, replacing the traditional role of the male of the household.

Yet, placed in its true, God-given perspective, the role of the woman as homemaker, in the richness of the extent of responsibilities and rewards it offers to her, far surpasses any job she may find in the marketplace. Whether popping rivets, engaging in repetitious work on an assembly line, at the cash point on a retail counter, or staring at a computer screen for eight hours a day, none of these activities can replace the fulfillment that a godly woman can gain from being a homemaker and pursuing the myriad of interests that this opens up to her.

Consider the God-given role of a Christ-like wife as expounded in the Scriptures.

The Proverbs 31 wife is the private secretary to her husband (verse 11). She is his personal benefactor (verse 12). She is a procurer of fine yarn and a weaver (verse 13). She is buyer of food for her family and family chef (verses 14-15). She is a procurer of real estate and rural developer (verse 16). She is a committed fitness practitioner (verse 17). She is willing to put in the overtime hours to produce goods for her family (verse 18). In addition to being a weaver, she is both seamstress and tailoress, working with the finest materials her budget will allow (verses 19, 21-22). She renders charitable works to the needy in her community (verse 20). She is a public relations influence for good on her husband. Her reputation adds to his honor (verse 23). She is a clothier merchant for her personally produced merchandise under her own label, selling her excess goods for profit (verse 24). Her reputation for good is known far and wide (verse 25). She is both wise counselor and kindly neighbor (verse 26). She is, indeed, a homemaker in the truest sense of the term! (verses 27-28).

I am privileged to be married to such a wife and stand as personal witness to the deep satisfaction that she has gained from being a homemaker in the truest sense of the term.

Yet one of the greatest rewards that comes from being partnered with a Proverbs 31 wife is seeing her pass on to her daughters and her granddaughters the skills of true godly homemaking, and the wonderful satisfaction that comes from a woman developing her incredible human potential.

The extent to which women’s—and men’s—minds have been re-tuned in opposition to their natural, God-given roles is reflected in the figures which show that 70 percent of American households now hold the woman as the main breadwinner for the family. That is a shocking statistic revealing the extent of role reversal that has taken place in America over the past 40 years.

Over 20 years dealing with the results of this role reversal in the corporate world, and a similar term working in pastoral care with people striving to undo the influence of the same problem in their marriages and family relations, has given me a strengthened conviction that there is only one way for a marriage and family to really work. It is revealed in Ephesians 5:17-33.

The two main threats against this God-given formula that too often prevent it from working are the failure of the husband to lead his wife in a Christ-like manner and the unwillingness of the wife to submit to her husband as God ordained that she should.

You see, for both to truly accept their predestined roles, their selfish, carnal nature has to be changed from the get way of life—to which it is naturally attuned—to the give way as personified by their Maker. That takes a miracle. But it’s a miracle that thousands are undergoing at this very moment. And the results are literally life-changing!

God declares that it can take three to four generations to get the results of sin out of a family (Exodus 20:5). The wonder is that, with free possession of God’s Holy Spirit, the whole perverse practice of role reversal in male-female relationships can change, miraculously, in a single generation.

Many of you who read this article can testify to that. Those who can’t just need to fulfill the requirements that Jesus Christ gave through His Church to mankind, as revealed in Acts 2:38-39 and 3:19.

The latter verse speaks of “times of refreshing” that follow deep repentance from one’s sins.

Yes, you can literally “refresh” your marriage and family relationships through this experience of repentance and bring those relationships under the rule of God’s law of love (1 John 5:3).

That’s what will lead to a woman truly being able to fulfill her God-given human potential and, in the process, becoming a genuine Proverbs 31 wife!