In the Likeness and Image
The reason why we are fearfully and wonderfully made.
By Greg Nice • Dec. 2, 2014 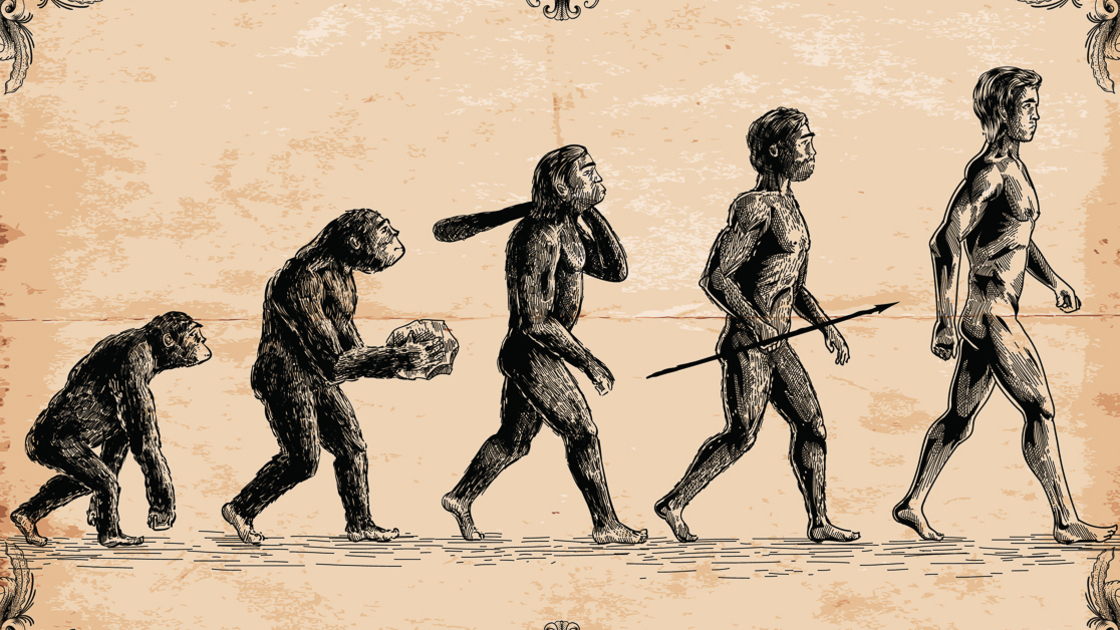 You’ve probably seen the drawing of the proposed progression of man’s evolution. It usually looks like the image above.

Misguided scientists believe man progressed from an ape who became a hunched-over, knuckle-dragging Neanderthal creature who eventually became the human being he is today.

In Ecclesiastes 7:29, the wisest man who ever lived—excluding Christ—stated, “ Lo, this only have I found, that God has made man upright: but they have sought out many inventions.” It is the latter part of the verse that is relevant here. Other translations say that man has devised many “schemes,” “devices” or “alternatives.”

This hypothesis of mankind’s evolutionary progression as pictured is one of those inventions of man that Solomon was talking about.

In Luke 3:23, the Bible records the genealogy of Jesus Christ through his mother Mary. The genealogy traces all the way back to Adam in verse 38. And verse 38 says that Enos was the son of Seth, and Seth was “the son of Adam, which was the son of a monkey.”

No—it doesn’t say anything of the kind. It says that Adam was the son of God!

We all come from Adam. Adam was the son of God! And you are the child of God!

You can read one of the most profound and inspiring statements in the Bible right in its first chapter: “And God said, Let us make man in our image after our likeness” (Genesis 1:26). Man was created in the express image of the living God. Every human being that has ever lived was born in the likeness of the Creator. Whether male or female, short or tall, regardless of race, social class or ethnicity—every single one resembles God.

Being in His “likeness” means that we look like God, and being in His “image” means that, through the Holy Spirit, we can develop His very own character. God made man after the God kind. He is our Father. Acts 17:29 tells us: “we are the offspring of God.”

Man is the child of God. You see the finest product of the ultimate mind—God’s mind—when you see man. You see God in man in a way that no other aspect of His marvelous creation reveals. Nowhere is the likeness of God more clearly seen than in man himself.

Yet mankind has failed to recognize his own Father! He refuses to do so. Therefore man is blind to his own worth, and he is therefore ignorant of the vastness of his very purpose for existing! He is clueless as to his own incredible potential.

The primary purpose of human existence is not simply to reproduce oneself after the human kind. The purpose for man is to be spiritually reproduced after the God kind.

Satan entered the picture, and he broadcast deceits and different ideas about what man is and what his purpose is. Man began to invent other ideas for his purpose. Satan has deceived mankind so severely today that many believe their Father was a monkey. How can you accept that you, as a human being, have any value or any real purpose at all when you trace your ancestry back to an orangutan?

God was recreating Himself in the creation of Adam and Eve. He was their Father, and He is our Father. We are here to reproduce after the God kind. Psalm 82:6 says that “[y]e are gods.”

We must recognize our Father, and we must pursue our relationship with him. We are fearfully and wonderfully made, as David wrote in Psalm 139:14, because we are made in the image and likeness of God. Embrace God’s purpose, and make every effort to develop His character. After all, that is why you exist!