Uncovering the Origins of Mardi Gras and Other ‘Christian’ Festivals
By Ron Fraser • Nov. 19, 2013 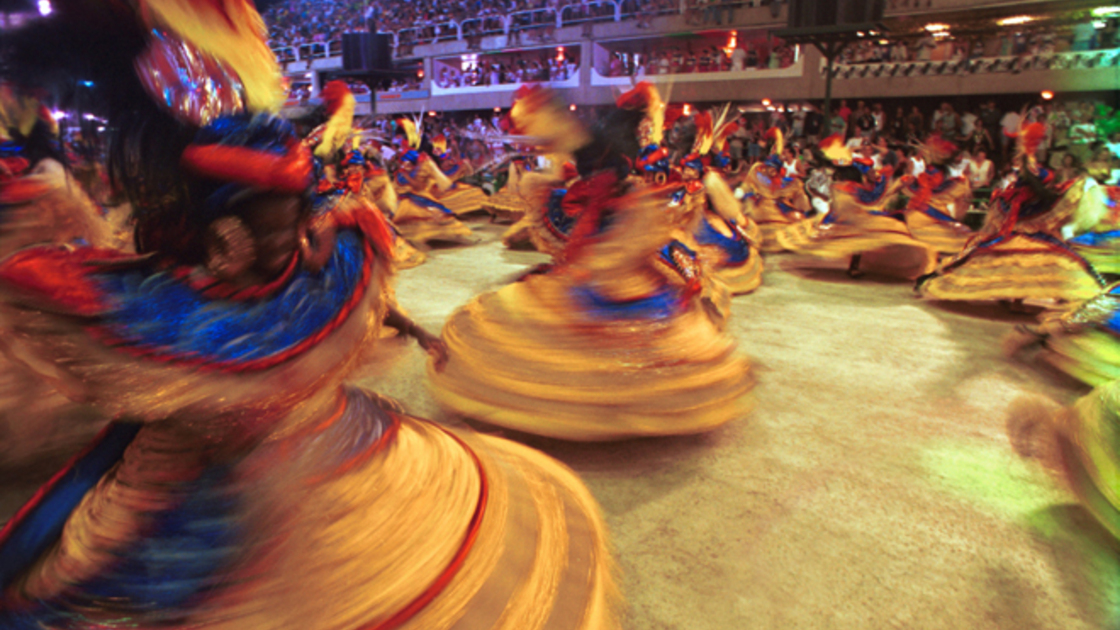 From Rio to Berlin, from Turin to Trinidad, from Cologne to New Orleans, crowds filled the city streets in the annual bacchanal that precedes the Catholic holiday known as Ash Wednesday. Increasingly, these celebrations are being taken on by the British and American people as annual celebrations in a vein once foreign to the English-speaking peoples.

What does all this annual expression of unbridled hedonism have to do with the practice of pure religion?

Well, to understand that, we need to go back in history to the beginning of religion as recorded in both secular and biblical history.

The common view is that Carnival, or Mardi Gras, is, at its origin, a Christian festival that precedes the season of Lent, itself also assumed to be of Christian origin. Carnival traditionally has been seen as the last opportunity to let off steam and indulge the flesh before the denial that is supposed to accompany Lent, the 40-day period that precedes Easter, another annual festival that is assumed to have Christian origins.

But what are the facts?

We assume so much as we grow up, acculturated into an already established society that educates us into the common view of the day. Too often we accept the customs and practices of our parents—and their parents, as well as the generations that preceded them—without question. Yet honest seekers of truth will be led at some point to question the basis of society’s beliefs.

Take Carnival for instance. Its etymology suggests two sources. One suggests carne vale, from the Latin “farewell meat,” as the source. This would appear to be quite a legitimate meaning of the term, given that the onset of Carnival signals the last debauch prior to the fasting at Lent. However, there is another more ancient derivation for Carnival suggested in some sources, the Latin carnous navilus , being a term describing the naval vessel that bore the Teutonic god of the North from his northern home southward to join in the annual pagan winter festivities.

Mardi Gras, synonymous with the Carnival preceding Lent, translated from the French, literally means “fat Tuesday.” This is the final day prior to Ash Wednesday on the Roman Catholic calendar (Shrove Tuesday on the Anglican calendar), the Tuesday before Lent begins. Lent is a tradition in the Roman, Anglican and Orthodox versions of the Christian religion.

Ancient history teaches us that this religion began at Babylon, developed in Egypt, and passed its traditions down to the Greeks and Romans. These civilizations had one thing in common. The highlights of the year on the religious calendar tended to revolve around the winter, signifying the cessation of agrarian productivity and the anticipation of spring, celebrating the renewal of fertility. The pagans created annual rites and festivals around these seasons. Rome adopted and promoted the most widely practiced of these pagan festivals and spread their practice throughout its empire under its own names. Thus the celebrations around the winter solstice became the Saturnalia and Brumalia festivals of winter, celebrated in December. The pre-spring festivals at the onset of the final lean month of winter led into the spring festival of Ishtar in Babylon, or Osiris in Egypt, signaling new birth. In between was the “love-fest” of Lupercalia.

When the Roman Catholic Church began to spread its influence throughout the world, it found that, wherever it went, the natives hung on tenaciously to these annual pagan festivals. So the church simply compromised. Rather than force Catholic dogma on the local populations, it simply “Christianized” the pagan festivals enjoyed by the masses. Thus Saturnalia and Brumalia became Christmas, merging with the Catholic teaching of the nativity. The spring festivals, retaining the name “Easter” after the pagan fertility godess Ishtar, merged with the Roman church’s interpretation of the death and resurrection of Jesus Christ. In between was Carnival, leading into Mardi Gras, out of which the Vatican created the season of Lent, leading to Easter, by imposing its own interpretation of Christ’s 40-days’ total fast in the wilderness by setting a time for the denial of meat in the 40 days leading up to its Easter celebration. In between Carnival and Easter, Lupercalia became catholicized into St. Valentine’s Day.

Following the Protestant Reformation, the various Protestant denominations that broke away from governance by Rome simply carried on celebrating the same seasons as the Roman church. One of the surprising things about all this is that those who say they base their religion on the Bible, the fundamentalists, can find no proof as to the endorsement of the pagan seasons that they still observe in the very Bible that they claim to follow, least of all in the life they claim to emulate, that of Jesus Christ Himself!

Christ, and the apostles who were personally taught the original Christian religion by Him, kept a demonstrably different set of seasons to that which the religion that carries His name—Christianity in all its myriad forms—does today. Check the Scriptures. Christ kept Passover, the Days of Unleavened Bread and the feast of Pentecost in spring. In the autumn, He and the original apostles, plus the disciples of Christ who formed the first era of the true Church, celebrated the Feast of Tabernacles. It was on the Last Great Day of that feast that Christ stood up and issued His great challenge to any who would seek to live the way of life He came to initialize on Earth: “In the last day, that great day of the feast, Jesus stood and cried, saying, If any man thirst, let him come unto me, and drink” (John 7:37).

Nowhere will you find in the canonized Word of God any account of Christ or His disciples celebrating any other feasts at any other time of the year than the original feasts of God laid down by statute in the book of the law by the ancient patriarch following the delivery of God’s law to the Israelites. Those holy days were commanded by God to be kept by the Israelites forever!

But, true to form, the Israelites simply rebelled and took up with the old pagan customs that surrounding nations had received from the original source in Babylon.

Now what about this season of Lent that precedes Easter? The Catholic Encyclopedia states: “The real aim of Lent is, above all else, to prepare men for the celebration of the death and resurrection of Christ …. One can effectively relive the mystery only with purified mind and heart. The purpose of Lent is to provide that purification by weaning men from sin and selfishness through self-denial and prayer, by creating in them the desire to do God’s will and to make His Kingdom come by making it come first of all in their hearts.”

Yet the historian Alexander Hislop correctly states, “The festival, of which we read in church history, under the name of Easter, in the third and fourth centuries, was quite a different festival from that now observed in the Romish church, and at that time was not known by any such name as Easter …. That festival [Passover] was not idolatrous, and it was preceded by no Lent. ‘It ought to be known,’ said Cassianus, the monk of Marseilles, writing in the fifth century, and contrasting the primitive [New Testament] Church with the church of his day, ‘that the observance of the 40 days had no existence, so long as the perfection of that primitive Church remained inviolate’” (The Two Babylons). For a thorough study on this subject, read our book Pagan Holidays—or God’s Holy Days—Which?

Then there is Mardi Gras.

Mardi Gras, once primarily a European festival, was transported by European immigrants to their new homes in the New World. It was a festival once largely foreign to the Anglo-Saxon nations which has gained rapid and increasing popularity within those societies over the past half-century. In its modern form, Mardi Gras has increasingly become a celebration of lechery and downright debauchery. Marrying the ancient Babylonish traditions with teachings of the Church of Rome and traditional rites from African sources, Mardi Gras in Rio de Janeiro is the best known of Mardi Gras celebrations, with tens of thousands attracted to this great bacchanal annually. Another is Mardi Gras in Trinidad, where tourists from Canada, the U.S., Britain and other parts of Europe, the Caribbean and even India flock each year to take part as participant or spectator. Cologne is the center of the largest float-filled parade in Europe during Mardi Gras. In Germany the main centers for celebration are in the Rhineland. New Orleans hosts perhaps the most famous Mardi Gras in the U.S., importing a mix of Catholic French and tribal African traditions into its celebration. But by far the most extreme version of this festival of hedonism is that in Sydney, Australia.

Timed to fall immediately after Mardi Gras celebrations in the Northern Hemisphere, the Sydney Mardi Gras is infamous as much for its beginnings as for its current-day program of events. This major “cultural” event on the Australian social calendar evolved out of the desire of the homosexual and lesbian community to publicize their drive for community acceptance. It grew initially out of a street march by homosexuals in Sydney in 1978, which ended with police intervention. It then mushroomed in leaps and bounds following various changes in legislation as community mores lost their bearings and, under a barrage of “celebrity” endorsements, became a big money spinner for Australian business. The Sydney Mardi Gras became a month-long bash through the month of February. It has now reached the point where tens of thousands travel from all points of the globe to what is billed as the world’s biggest homosexual and lesbian festival. Now, fed by government grants and support from a business community hungry for the “pink dollar” (pink being the color adopted by the homosexual community to promote its cause), the annual festival of homosexual and lesbian debauchery is big business in Australia.

So what, in reality, does the carnality of Carnival and Mardi Gras have to do with true religion, especially with Christianity?

Well, plain and simple, it was a religious practice, born of pagan religion, adopted by the Church of Rome, transported throughout the world by Roman Catholicism and its daughter religions to become embedded as part of local native culture, merging pagan practices with a perverted interpretation of Scripture.

In its 21st-century guise, Carnival and Mardi Gras have reverted powerfully, in practice, to a celebration of the perverse pagan behavior of primitive societies with lechery, debauchery, and perverted practices given full vent in an atmosphere of gay abandon, encouraged by local governments and businesses lacking any hold on those virtues that were once valued by Western civilization in its ascent, in particular at its apogee under the Anglo-Saxon nations.

The increasing exploitation of Carnival and Mardi Gras as an outlet for the expression of uncivilized behavior within English-speaking nations in particular is simply a massive sign of the rapid decline of the greatest of nations that emerged out of the great battles for freedom fought by the English-speaking peoples from the time of Elizabeth i to the consummation of the Cold War.

When the freedoms so hard-won in the interests of God, king and country, for the protection of hearth and home and a civilized, morally strong and virtuous society, become so perverted in law that they are able to be used by the masses to proudly celebrate the most perverse of practices, practices that tear at the very heart and core of marriage and the family, and when those practices are endorsed by government, by the law and business in general, our society is simply doomed for the dung heap of history.

Read our booklet No Freedom Without Law for deeper insight on this subject.