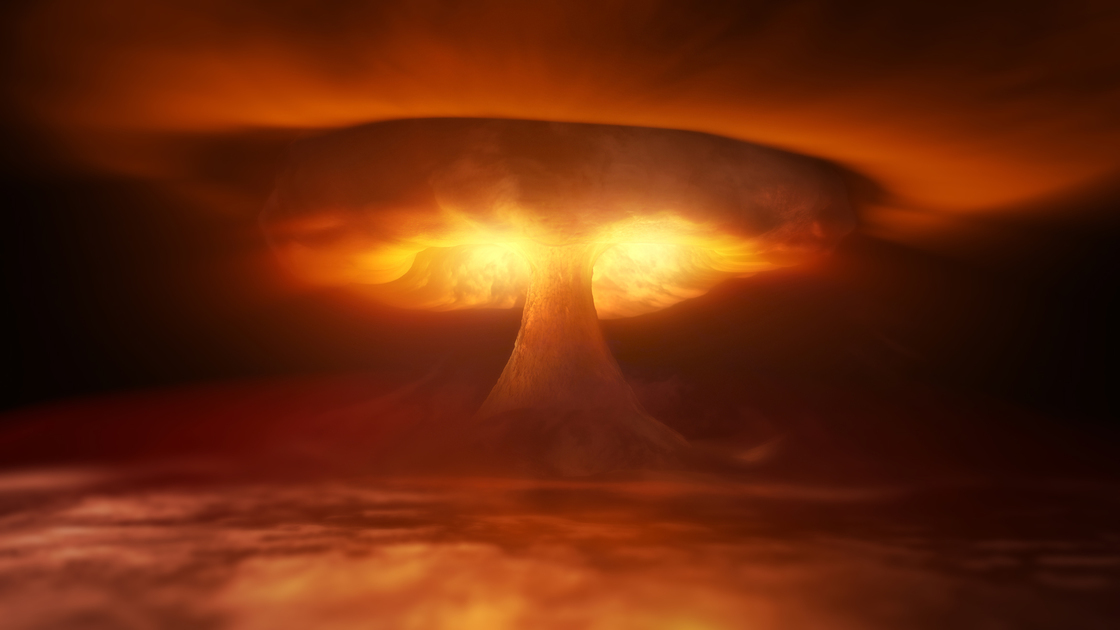 ARE WE living in the end time? Is this the apocalypse? More people are asking these questions as they see society crumble and world events grow more dangerous. More and more people are taking an interest in prophecy, forecasts of the future.

However, when people hear the word prophecy, they often think of apocalyptic, mystical events portrayed in movies or books, or by crazy street preachers.

But the Bible prophesies. And not just here and there, or in a couple of obscure places. In fact, one third of the Bible is prophecy! Out of the 66 books in the Bible, 18 are named after prophets. And other books have many prophecies—in the Old Testament and in the New Testament. Genesis prophesied that the descendants of Israel would inherit the Promised Land. 1 Samuel prophesied the coming of Jesus Christ and the return of Jesus Christ. The last book, Revelation, is prophecy virtually in its entirety.

Many intelligent people believe in God. Many read the Bible diligently. But when this Book claims to forecast the future, a lot of them ignore it, reject it, or skip to the parts about the love of Jesus.

But Jesus Himself was a prophet! He foretold future events, some of which He called end-time events. If you believe the Bible, you cannot overlook Bible prophecy.

God directly issues this challenge regarding Bible prophecy: “Remember the former things of old: for I am God, and there is none else; I am God, and there is none like me, Declaring the end from the beginning, and from ancient times the things that are not yet done, saying, My counsel shall stand, and I will do all my pleasure” (Isaiah 46:9-10). Here God says explicitly that He declares the end from the beginning—that He prophesies future world events.

PROPHECY IS a crucial subject. But it remains a mystery, even to most people who read the Bible. Why? Because Bible prophecy is locked.

The key that unlocks Bible prophecy makes the ultimate outcome of current events inescapably clear. It shows that the Bible has a proven track record of accurately forecasting events. It reveals that the Bible prophesied many historic events, in detail, that have already occurred. For example, the Bible prophesied the coming of Persian King Cyrus the Great more than 150 years before he was born. (Read “The Startling Truth About One of History’s Greatest Kings.”)

Many other Bible prophecies have already been fulfilled and are a matter of historical record.

Bible prophecy shows which world events are most important. It reveals where these tumultuous events are leading. And it gives you the only real hope for the future. The only way to truly understand your world is to unlock Bible prophecy.

IF YOU are interested in this subject, visit our sister website, theTrumpet.com. You will find new articles and videos posted every day showing how new events are fulfilling the prophecies of the Bible. In the Trends feature, you will read the overview of the most important developments in world news, their historical and prophetic context, and which Bible scriptures are related to which news headlines.

The Trumpet has a long history of using Bible prophecy to accurately forecast major global events and trends. Its heritage traces back to the Plain Truth magazine, which was established in 1934 by the late Herbert W. Armstrong.

For more than five decades, Mr. Armstrong and the Plain Truth delivered many insightful forecasts based on revealed Bible prophecy. Since 1990, Gerald Flurry and the Trumpet have continued that legacy. For at least 30 years, we have forecast that Britain would separate from the European Union; that Germany would lead an increasingly strong and united Europe; that the Vatican would become more and more influential; that Iran would dominate radical Islam and the Middle East; that Russia and China would progressively align and form an Asian bloc that would oppose America; and that America and Britain would crumble morally, politically, socially and economically.

Today these forecasts and many others are occurring in real time!

This track record is testimony of the accuracy and trustworthiness of Bible prophecy. And it shows that the Trumpet has the key that unlocks Bible prophecy.

What is that key? The modern identities of the nations referenced in Bible prophecy. The Bible names modern nations in prophecies for the modern era, but it almost always uses ancient names. To unlock these prophecies, you need to understand which nations they are referring to. Herbert W. Armstrong’s book The United States and Britain in Prophecy gives you that key. Mr. Armstrong actually said the truth in this book is the single greatest proof that God exists, and the single greatest proof that the Bible is the inspired Word of God! Request your own free copy. If you want to prove the existence of God and the authority of the Bible, you won’t find any other single proof to equal it.

We are entering the most tumultuous period in world history, the terrible time period prophesied to occur just before the Second Coming of Jesus Christ. These prophecies are happening. You need this key!