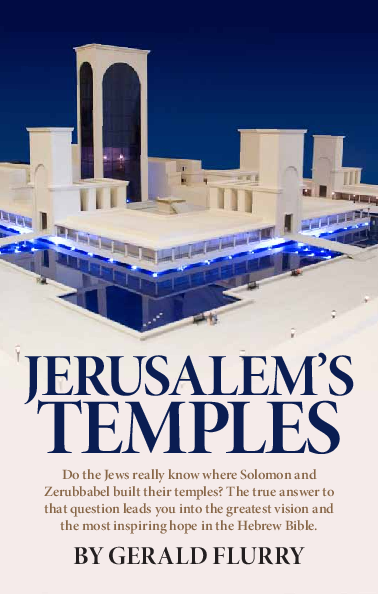 Do the Jews really know where Solomon and Zerubabbel built their temples? The true answer to that question leads you into the greatest vision and the most inspiring hope in the Hebrew Bible. God has now revealed that it is almost time for Ezekiel's temple to be built. He has also revealed precisely where that magnificent edifice is going to be built. And you can prove it. God is inspiring this now because the Messiah is preparing to rule the world from David's throne forever! (Isaiah 9:6-7). A new spiritual nation is about to "be born at once" (Isaiah 66:8). God's most exalted and prepared rulers must have a majestic world headquarters from which to rule! Now we need to understand how this relates directly to Solomon's and Zerubbabel's temples. It also has an inspiring connection to recent archaeological finds in Jerusalem. David's palace, Nehemiah's wall and seals from the time of Jeremiah's warning have been uncovered. These unparalleled discoveries should sober the Jews and this world and at the same time fill them with wonder and joy!