The Road to Peace
Will man ever be able to bring about world peace on his own?
By Eric Anderson • Oct. 14, 2014 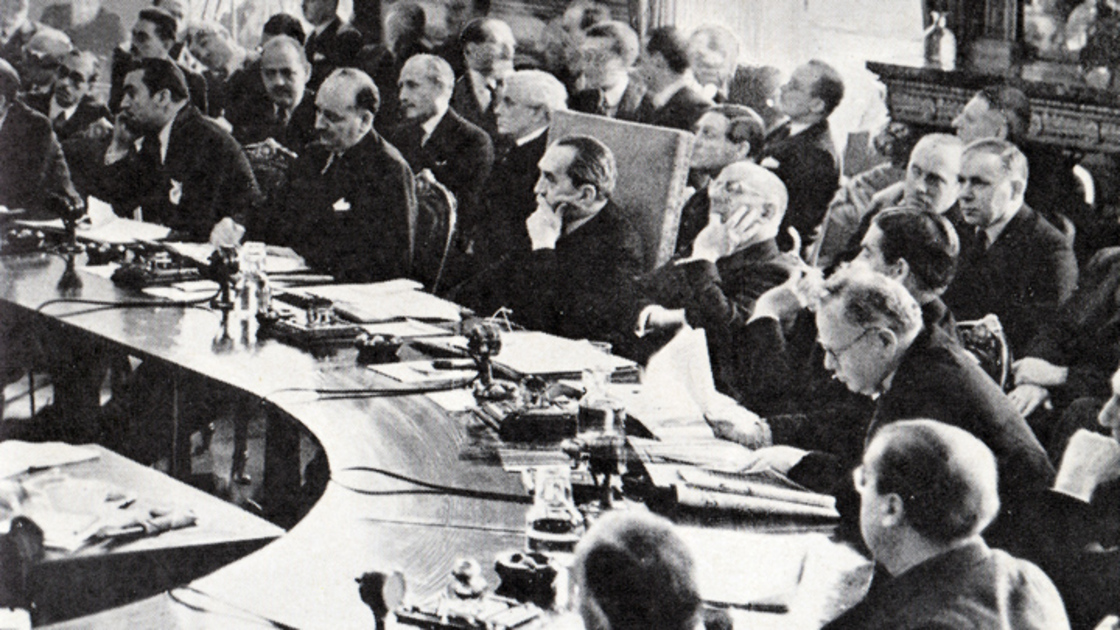 World War i was to have been the “war to end all wars.” At its close, the League of Nations was founded to ensure continuing peace. It failed.

Then, a mere 21 years later, an even worse global conflict erupted: World War ii. At the end of that war, the United Nations was established to keep the peace. For 58 years, the primary purpose of the un, as stated in its constitution, has been to “save succeeding generations from the scourge of war, which twice in our lifetime has brought untold sorrow to mankind.”

Has this worked? More than 250 local and regional armed conflicts have occurred since! World peace is nowhere in sight. Instead, a new threat to peace exists—global terrorism.

Yet, as we shall see in this study, world government and universal peace is not just a fantasy. It is possible! What’s more, a world full of peace, happiness and abundance will be realized—and in our time!

Before reading further, be sure to get your Bible, a pen or pencil and some paper so you can read and write out the Bible verses that answer the questions asked in this study. Now, let’s begin!

1. Nearly 2,000 years ago, God sent a special messenger to Earth to proclaim important news for mankind. Who was that messenger, and what was His message? Matthew 9:35; Mark 1:14-15.

Jesus Christ was the divine messenger who delivered God’s message—the gospel—everywhere He went. The English word gospel in the Bible comes from the Greek word meaning a good message or good news. The message Christ delivered was sensational news, for it announced the biggest future event ever to occur in human history—the establishment of a new government on Earth: the Kingdom of God!

After being killed and then resurrected by a miracle of God, Christ went to His Father’s throne in the heavens from which they rule the universe (Hebrews 1:1-3; 8:1). Christ is now looking forward to the “times of restitution of all things” (Acts 3:20-21) when He will return to restore the government of God over the entire Earth.

God’s government existed on Earth once before, perhaps millions of years ago, when God placed a third of His created angels here. His government stopped being administered, however, when the super archangel Lucifer (now Satan), whom God made ruler over the Earth, rebelled against God and attempted to replace Him as ruler of the entire universe (Isaiah 14:12-14).

When Will This Happen?

Just as we know fall is here and summer is near when the trees put out new leaves, so we will know Christ’s return is near when we see the events He mentioned occur.

2. How bad will world conditions become just prior to Christ’s Second Coming? Matthew 24:21. What would happen if these days of world chaos, or tribulation, were allowed to continue? Verse 22.

Jesus knew what the ideas of men would lead to in years to come. He knew that in the last days human leaders would be groping in the dark for the road to peace, but would actually be on the verge of wiping out every man, woman and child on Earth! Jesus knew that no flesh would be saved alive from the terrible time of world crisis yet ahead, unless He was to supernaturally intervene.

Each of these references shows that this future time of crisis is unequaled. Thus, they can only be referring to the same great climactic period of worldwide trouble!

Total annihilation of the human race by weapons of mass destruction (wmd) was never possible—at any time in world history—until the invention of atomic and hydrogen bombs in the 1940s and ’50s. Only in this age of nuclear, chemical and biological weapons could Christ’s words be fulfilled. Indeed, the intervention of a higher power is the only real solution for this world’s problems!

4. Will Christ’s return cut short the number of days of the world-engulfing war that shall be waged during the Great Tribulation? Mark 13:20.

Christ will be forced to intervene at His Second Coming in order to save man from his self-imposed extinction. Christ will return—at the end of World War iii—just before all human life would otherwise be destroyed!

1. Will the entire world see Christ at his return? Matthew 24:27, 30. Will a mighty trumpet blast heralding His return be heard by all? Verse 31.

The greatest event in human history will be Christ’s Second Coming to this Earth! It will happen with great drama. His return will not happen secretly. It will be very physical and visible. And the people of this world will be shocked!

Christ will be accompanied by a powerful army composed of millions of angels. And just as He is returning, the dead in Christ—including all the prophets of old (Luke 13:28)—will rise in a great resurrection and be made immortal spirit beings. Also, the members of God’s true Church, then living, shall be instantaneously changed from mortal to immortal (I Corinthians 15:50-53) and, together with those resurrected, shall rise to meet the descending glorified Jesus Christ in the air!

3. Will Christ (the “Lamb”) be welcomed by everyone, or will many view Him as an invader from outer space and attempt to fight Him? Revelation 17:14. What will be the outcome of that war? Same verse.

You would think humanity—especially the churches of traditional Christianity—would shout with joy, and welcome Christ with ecstasy and enthusiasm. But they will not. They will believe, because the false ministers of Satan (II Corinthians 11:13-15) have deceived them, that he is the Antichrist. The churches and the nations will be angry at His coming (Revelation 11:15, 18), and the military forces will actually attempt to fight Him to destroy Him!

Many of Earth’s inhabitants will refuse to submit to Christ’s authority, perhaps thinking He is an enemy alien. He will thus have to overpower the world and force mankind, at first, to yield to His rule. The nations will finally come to learn, through experience, that the returned Christ is a loving ruler, and that His righteous rule leads to peace, happiness and prosperity.

1. What is one of the first things that will be done after Christ returns? Revelation 20:1-3.

Satan the devil, who is responsible for having influenced mankind to sin (Ephesians 2:2; Revelation 12:9), will be exiled! His evil influence will no longer be around.

In the coming government of God, in Christ’s administration will be the resurrected saints—spirit beings—appointed by Him to many different positions of responsibility.

3. Will there be a very unusual and famous road leading to the capital city of the world—Jerusalem (Zion), the seat of God’s government—built in the World Tomorrow? Isaiah 35:8-10. Will this actual highway be known among the nations as representative of another way—God’s way of peaceful, abundant and holy living? Verse 8.

4. Will Christ and His assistants rule righteously and justly from Jerusalem? Isaiah 11:2-5; Matthew 20:25-28. Will the knowledge of God’s way be taught throughout the Earth in the wonderful World Tomorrow? Isaiah 2:2-4; 11:9.

After establishing His government over the nations, Christ and His assistants will begin to reeducate the world, teaching them the true way to peace. Christ and the saints will rule with godly love—with outgoing concern for the welfare of their subjects. Their rule will be for the good of all the people! Outside the United Nations building in New York City sits a sculpture called “Let Us Beat Swords Into Plowshares.” The bronze statue, based on Isaiah 2:4, depicts a man forging a sword into a plowshare, representing mankind’s desire to use the materials and energy once used for war for the purpose of benefiting all men.

Humanity’s road to peace has indeed been paved with good intentions. Yet, as Jesus said, “Every plant, which my heavenly Father hath not planted, shall be rooted up” (Matthew 15:13). Unfortunately, like its predecessor, the League of Nations, the un will not be able to bring peace to this world. No man or organization built by man can ultimately bring about peace. But the good news is that in the very near future the united family of God is destined to impose, under the King of kings, Jesus Christ, a new world government—and world peace at last!