God’s 7,000-Year Plan
There is a simple pattern that proves to us that God really has allotted a specific time to man.
By Wik Heerma • May 2002 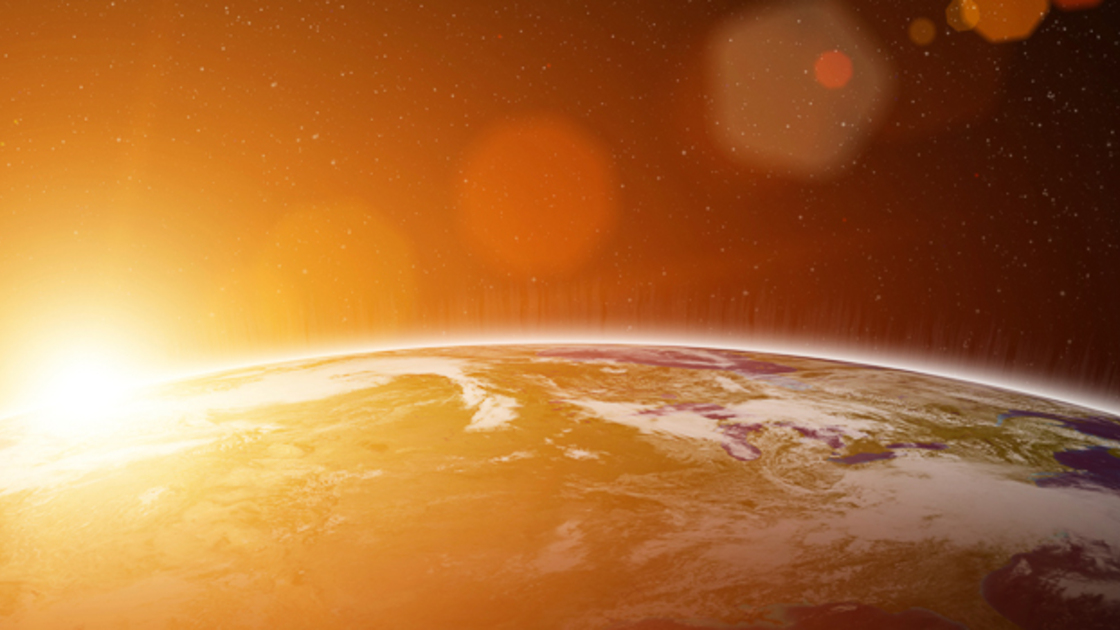 The fact that God has allotted 6,000 years to man’s self-rule has been an enigma to many. This has been the main reason why man cannot understand what is happening today.

During the fall holy days, the Church of God celebrates the fact that man’s rule over man will come to an end. The Prophet Daniel saw this as he explained King Nebuchadnezzar’s dream: “… in the days of these kings [referring to the 10 kings that control the final resurrection of the Holy Roman Empire] shall the God of heaven set up a kingdom, which shall never be destroyed …” (Daniel 2:44).

This kingdom that God will set up will not be ruled by human beings. No longer will we see the oppressive rule of man over his fellow human beings. No, “[God’s] kingdom shall not be left to other people, but it shall break in pieces and consume all these kingdoms, and it shall stand for ever. Forasmuch as thou sawest that the stone was cut out of the mountain without hands, and that it brake in pieces the iron, the brass, the clay, the silver, and the gold; the great God hath made known to the king what shall come to pass hereafter: and the dream is certain, and the interpretation thereof sure” (verses 44-45).

Now, the Prophet Daniel did not give a specific time frame for when this was to take place. For this we need to go back to the beginning of the Bible.

In the book of Genesis, we see that, due to Adam and Eve’s rejection of God as ruler over them, God allotted approximately 6,000 years for humanity to follow its own way. This time is about up! Soon Jesus Christ will return to intervene in world affairs. Not until that time will we see true and lasting peace, happiness and prosperity.

The pattern for this little-understood plan of salvation is found in the first two chapters of the Old Testament. There we find the account of creation, and see that God created time on the first day for the benefit of man (Genesis 1:5).

Yet there is an even simpler pattern that proves to us that God really has allotted a specific time to man. It is the week of seven days.

When God originally set time in motion, He gave man six work days followed by a day of rest. Hebrews 4:4 and verse 11 show us that the seventh day is mentioned as a type of the peaceful, 1,000-year rest that will follow the age in which we live. Here we see how the Millennium is likened to a day of the week.

Revelation 20:4 specifically terms the peaceful rule of Jesus Christ, after His intervention in world affairs, as “a thousand years.” So we can deduce that if the last day of God’s 7,000-year plan equals 1,000 years, then the preceding six days which God allotted for man would equal 6,000 years. During this time period, God has had a hands-off approach to the affairs of man, turning him over to his own interpretations of what is good and what is evil (Genesis 3:5).

Christ instructed His followers to watch and pray. If we truly watch world events, we can be sure that we are living in the last days! (Our sister website, theTrumpet.com, can help you do this.) That’s not bad news—we are about to enter into the peaceful rest that is pictured by the weekly Sabbath!

Many Bibles, including the Companion Bible, contain chronological charts showing that human life was created slightly more than 4,000 years b.c. Roughly 2 millennia have passed since Christ walked the Earth, but it is only in the past century that man has been able to destroy all life on the planet. Jesus Christ told His disciples that unless He would return to put an end to the madness, man would destroy all life (Matthew 24:22).

The common thought that man has lived on Earth countless tens of thousands of years is false. Right from the outset, God showed man that he only had an allotted time to learn a most important lesson. That lesson is that man cannot live without a loving Creator ruling him.

The original apostles and disciples did not at first clearly understand the plan of God. They thought that the Kingdom of God would be established in their day; however, only 4,000 years of God’s plan had been completed. Before they died, the apostles did come to know and understand this awesome plan of God. The Apostle Peter wrote, “The Lord is not slack concerning his promise, as some men count slackness; but is longsuffering to us-ward, not willing that any should perish, but that all should come to repentance” (2 Peter 3:9).

God has refrained from intervening in the affairs of man for 6,000 years. Why? To help man come to repentance. God wants all of mankind to see the curses that result from rejecting Him and the wonderful rest and peace that comes from His rule over man.

Man will not accept that rule, however, until he is forced to cry out to God for fear of self-extermination.

The chief apostle, Peter, taught the first-century Church this wonderful truth. “But, beloved, be not ignorant of this one thing, that one day is with the Lord as a thousand years, and a thousand years as one day” (verse 8). He knew and taught that Christ would intervene shortly before the close of man’s 6,000-year struggle and slavery. This gave the disciples great hope, and it should give us that same hope.

We don’t know the exact time or date of Christ’s return, but we can be sure that the 6,000-year aversion therapy to which God sentenced man—following his sin in the garden of Eden—is about to be completed. God’s sabbatical rest is nearly here. What great peace of mind we can have, knowing this truth. In the very near future, we will have the opportunity to teach mankind why it had to suffer—because of sin; because of disobedience to a loving parent. At that time, people will be able to see the fruits of that great love all around them.

May God speed that day!

From the Archives: Royal Vision, September-October 2005