PCG members: In addition to PCG Signposts, sign-up for the members-only Friday Philadelphian weekly email newsletter! Click here or email news@pcog.org ✖
God Speaks Through Revelation
The greatest danger in receiving new revelation is having a ho-hum attitude toward it.
By Gerald Flurry • September 2002 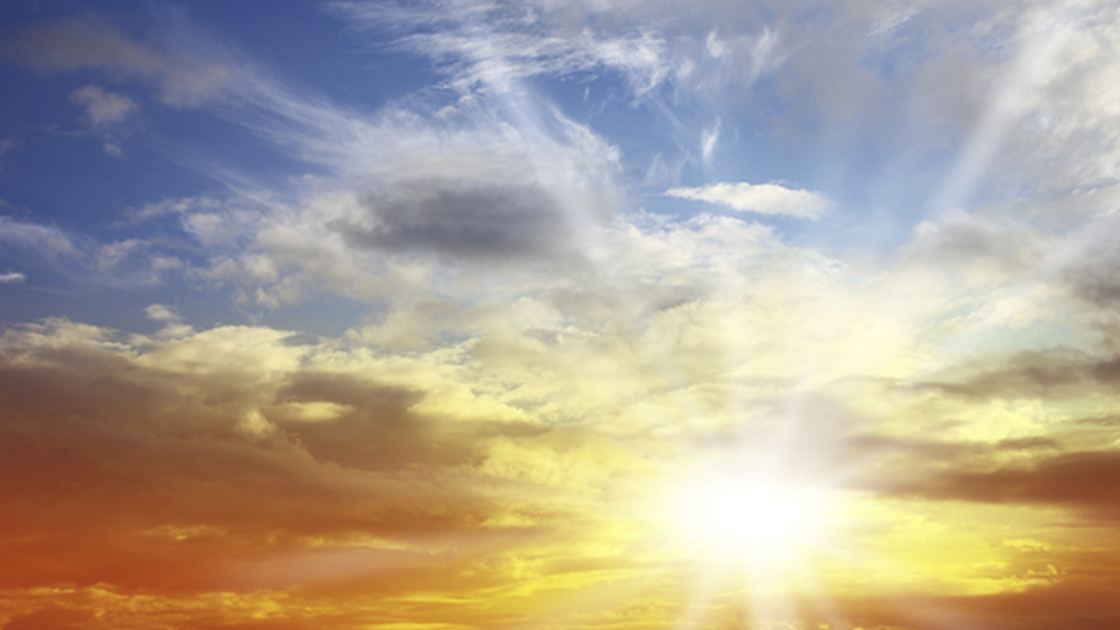 The greatest danger in receiving new revelation is having a ho-hum attitude toward it. After receiving so much of it, we may think it is no big deal. But it is a big deal! Let me explain why.

Notice a remarkable statement from the Apostle Peter: “For we have not followed cunningly devised fables, when we made known unto you the power and coming of our Lord Jesus Christ, but were eyewitnesses of his majesty ” (2 Peter 1:16). These men who became apostles were eyewitnesses to the Word coming to Earth. You would think that is the most conclusive evidence about God’s existence that you could have. But Peter says there is actually something far better than that.

“For he received from God the Father honour and glory, when there came such a voice to him from the excellent glory, This is my beloved Son, in whom I am well pleased. And this voice which came from heaven we heard, when we were with him in the holy mount. We have also a more sure word of prophecy; whereunto ye do well that ye take heed, as unto a light that shineth in a dark place, until the day dawn, and the day star arise in your hearts” (verses 17-19). What is more sure than an eyewitness account? Revealed prophecy!

In the January 1961 Good News, after quoting 2 Peter 1:19, Dr. Herman Hoeh made this comment: “Peter declares prophecy to be a light which shines more and more until the day that God finally intervenes in world affairs. Prophecy is not something that was as clear 100 years ago as it is today.” That is a remarkable statement. It proves that God’s very elect are the people who are receiving new revelation.

You can go out early any morning, when it is still dark, and watch the sky get lighter and lighter until the sun bursts on the scene. That is what Peter is talking about: Prophecy will get ever brighter until Christ returns and begins ruling from Jerusalem. What a positive perspective on prophecy!

The Philadelphia Church of God has the lamp of God, and it will continue to get brighter and brighter as time goes on, until one day Jesus Christ will come to Jerusalem, and then the day dawns! This light is shining in a pitch-dark world. As the world gets darker, the lamp gets brighter! Of course, the world refuses to see the lamp; it sees only darkness.

“Knowing this first, that no prophecy of the scripture is of any private interpretation” (verse 20). No Bible prophecy can be revealed by a man. We must always keep that in mind.

“For the prophecy came not in old time by the will of man: but holy men of God spake as they were moved by the Holy [Spirit]” (verse 21). Ancient Israel didn’t have God’s Spirit, so God spoke to them through men. Today it isn’t that way, because we have God’s Spirit. Today we receive revelation through the Holy Spirit of God. Understand this deeply: The source of all truth is God—never men! If you want to prove that, just look around this world at all of the division and heresy and betrayal. You could search every inch of this Earth and never receive one iota of revealed truth from any person—except God’s very elect, to whom He has revealed His truth.

Peter continues, “But there were false prophets also among the people, even as there shall be false teachers among you, who privily shall bring in damnable heresies, even denying the Lord that bought them, and bring upon themselves swift destruction” (2 Peter 2:1). Did this prophecy come true? Ninety-five percent of God’s people let this happen to them in this end time! “And through covetousness shall they with feigned words make merchandise of you …” (verse 3). Who are the victims? God’s people are.

Whom Shall God Teach?

Some verses in Isaiah also show how special it is to receive new revelation.

“In that day shall the Lord of hosts be for a crown of glory, and for a diadem of beauty, unto the residue of his people, And for a spirit of judgment to him that sitteth in judgment, and for strength to them that turn the battle to the gate” (Isaiah 28:5-6). God will be a crown of glory to the people who turn the battle over to Him and look to Him for the victory.

“Whom shall he teach knowledge? and whom shall he make to understand doctrine? them that are weaned from the milk, and drawn from the breasts” (verse 9). There is only a little remnant of people God can teach. Who will they be? The ones who can handle strong spiritual meat. They are weaned from the breasts of the Church, the mother. They can use the Spirit of God to guide them. They listen to their Head, and will never stumble to the point where they would turn from God. This is whom we should listen to, and how we should use God’s Spirit.

How is this done? John 6:63 says that Christ’s words are spirit. If we are going to understand the ongoing new revelation God gives, we must realize this. God calls the Bible’s words spirit because they were shaped by God. And it takes the Spirit to understand that spirit—Spirit interpreting spirit. You could study the Bible for 10,000 years, and yet if you just do it with the flesh it won’t profit you anything in terms of eternal life. It may bring you blessings in this life, but it won’t get you into the Kingdom of God.

“God, who at sundry times and in divers manners spake in time past unto the fathers by the prophets” (Hebrews 1:1). God spoke to people in the Old Testament—people who didn’t have the Holy Spirit—through other men. Today, the greatest gift God has to offer is in your mind, if you are baptized and converted. If you’re not, that Spirit is working with you.

Notice how the method in which God speaks to us has changed: “Hath in these last days spoken unto us by his Son, whom he hath appointed heir of all things, by whom also he made the worlds; Who being the brightness of his glory, and the express image of his person, and upholding all things by the word of his power, when he had by himself purged our sins, sat down on the right hand of the Majesty on high” (verses 2-3). God created the universe. The Revised Standard Version says He upholds it by the word of His power. He sustains it. This is the God who speaks in new revelation to His Church! The Creator of all that cosmic power speaks today!

Remember this when we receive new revelation. Here is where it comes from! The Creator and Sustainer of the universe!

“The revelation of Jesus Christ, which God gave unto him, to show unto his servants things which must shortly come to pass …” (Revelation 1:1). Revelation comes from the Father, who gives it to Christ, who delivers it to His people. It is never from a man!

From the Archives: Royal Vision, September-October 2002