Why I’m Attending the Singles Event at This Year’s Feast
Don’t miss the opportunity
By Sarah Murphy • Aug. 27, 2014 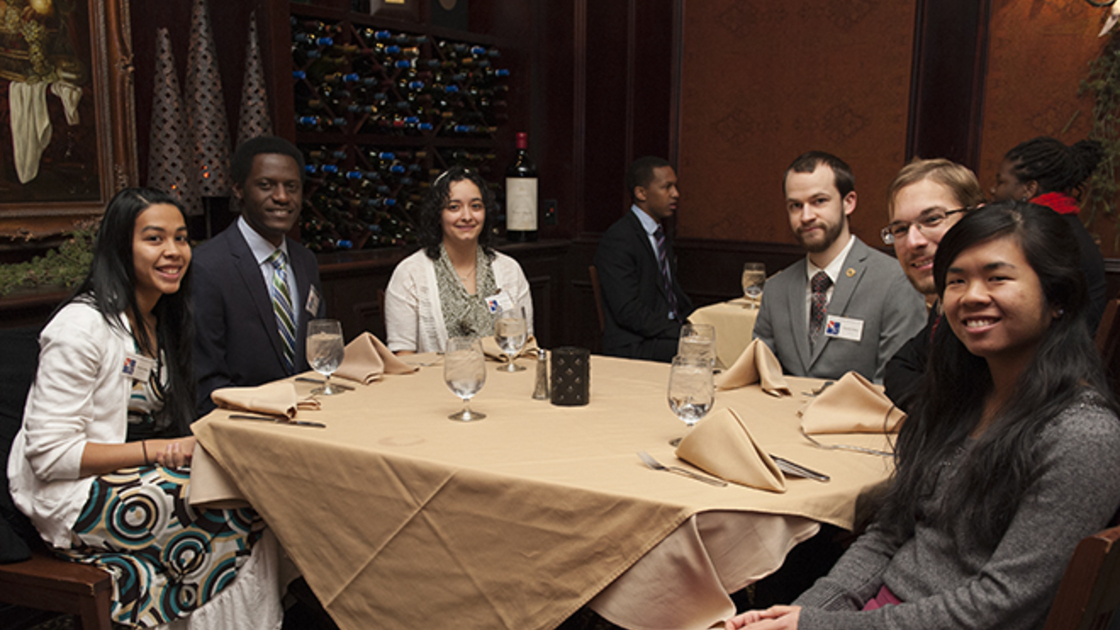 I’m going to go out on a limb here. I am going to break the cardinal rule of journalism and write about something of which I know nothing. I’m writing to singles about being single when I myself was married at just 21 and only widowed a few months ago at 34. So, I fully acknowledge that I have zero credibility. But maybe I have a different perspective, and maybe that will be useful to someone.

I’ve decided to attend the singles activity at the Feast of Tabernacles this year. It was a decision with which I struggled, and I know from speaking with other singles over the years that many have internal debates with themselves on the subject, though for various reasons. I have heard everything from “I’m not ready to date” to “It feels like a meat market” to “I don’t like being segregated into a special category.”

I can relate to those statements. I haven’t experienced it personally, but I empathize with anyone who has endured those feelings or was left with a bad taste in his or her mouth after a negative encounter. But here is why I’m choosing to attend: because I need to. Not necessarily because I want to, but I think that desire will come as I focus on the right reasons.

I need to meet fellow widows who can share my loss and pain. I need to talk with young and middle-aged single women who have been setting a beautiful example of living fulfilled, service-oriented lives. I need to fellowship with men of all ages who can satisfy my craving for a masculine point of view on subjects. It’s going to take a hundred different people to fill the voids that my amazing husband has left in my life, and where better to build these relationships than at a gathering of like-minded people in such a similar life circumstance than at the singles activity?

On top of that need, I also know that as a married couple, my husband, Jeff, and I actually longed to be included in the singles activities! We thought they looked like so much fun. We were in a similar age bracket and childless, and we felt we would fit right in (with the obvious exception of the rings on our fingers). We often asked to attend at the smaller international sites where the activity attendance was so low that they needed the extra people, or we requested to chaperon. So I have actually been to a number of singles activities, just as a married person. Maybe that took all the pressure and expectations off. Maybe that’s why we found them so enjoyable.

But honestly, who is putting any pressure and expectation on the singles at such an activity? The singles all know they aren’t there just seeking a mate. They all appreciate the time and energy and money God’s Church is spending to build His Family into a tight-knit unit. Seniors go to the senior activity and teens go to the teen activity and we all go to family day and no one feels upset by those labels. (Okay, maybe a few seniors don’t like feeling “old,” but that’s another issue!) No one is singling out the singles as lonely or desperate or somehow lacking because they are attending a gathering of other singles.

In point of fact, I have met very few married couples in the Church who actually met their mate at a singles event. If the intent of such activities were to just find someone to marry, singles activities would be an abysmal failure. But that is not the point. So if I’m there with the right perspective, why should I assume anyone else, single or not, has a wrong idea about why I’m attending?

I remember reading an excellent article in the Single Serving series last year by Miss Leah Witt encouraging singles to support the activities designed with them in mind at the Feast (“Singles: Here’s Something You Need to Do at This Year’s Feast”). I was, of course, married at the time, but I recall feeling excited for the singles and hopeful that many of them would follow her admonition and participate. So now it’s time for me personally to put that into action. My life is a whole series of new experiences right now, and I’m excited (and, if truth be told, a little nervous) to add the singles activity to my roster. But I know I need it, and the more I think and pray and mediate on it, the more I want it, too! I hope you feel the same way, and, if so, maybe I’ll be seeing you around a mixer or singles activity someday soon.

Thanks to those who have purchased tickets already for the U.S. Feast singles dessert receptions. U.S. singles dessert receptions will be held on the evening of Thursday, October 9 after sunset. This will be a great opportunity for the singles to fellowship early on in the Feast in a more casual environment. See below in terms of where these events will be held. Please purchase your ticket at fot.pcog.orgbefore the end of August. You will see a link under “Feast News.” The cost is $20 per person. Tickets for this new event will likely not be available at the Feast site, so please purchase your ticket ASAP. In addition to the dessert reception, there will be a singles dinner at all U.S. Feast sites on the evening of Monday, October 13. Tickets for this event will only be sold at the Feast site.Dessert Reception Locations:

Columbus:Buca di Beppo (Italian), across the street from the Hyatt Regency

Indian Wells:on-site at the Hyatt Regency

Stone Mountain:on-site at the Evergreen Marriott

Nashua:on-site at the Courtyard Marriott