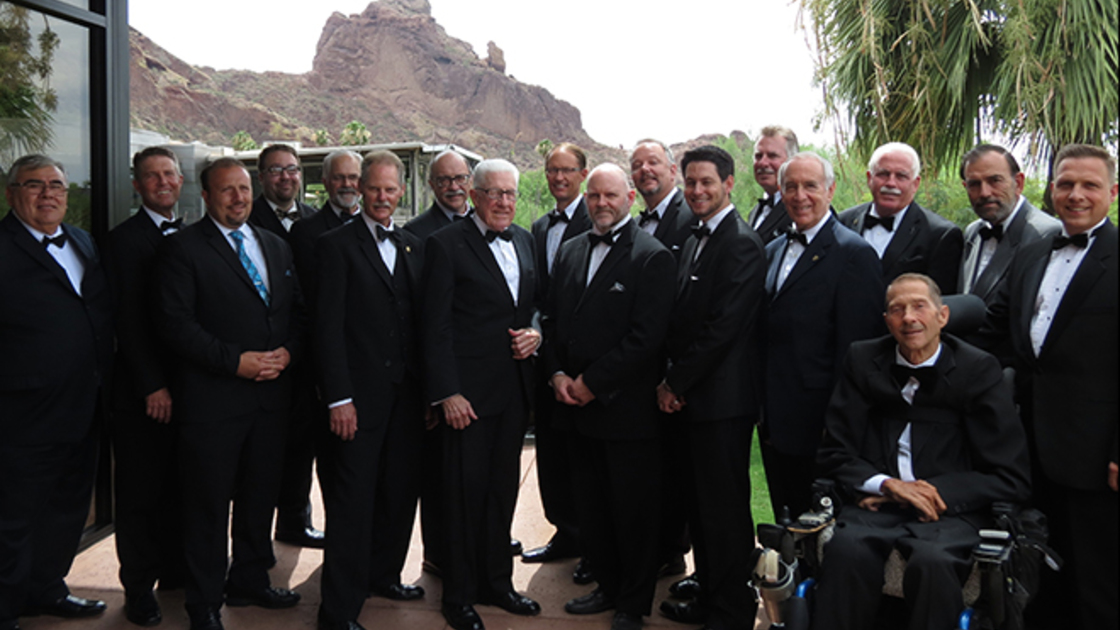 ARIZONA—The Arizona Spokesman Club held its year-end ladies event on June 15 at the Sanctuary on Camelback Mountain, a luxury resort in Scottsdale with well-known views over the city below.

“I was raised in that area, and when someone says Camelback Mountain, they knew what you meant,” Ella Yoder said about the venue. “[I]t means something to go to Camelback.”

Topicsmaster Steven Irwin kicked off the evening by asking questions to the other 33 members and guests about celebrating the recent Father’s Day Holiday, America’s involvement in Ukraine, and humorous questions about clothing styles. One question that stood out and changed the atmosphere of the conversation: “What excites you the most about where we are in God’s Work today?” The topic seemed to set the room on fire, as hands zealously shot up.

Other topics covered over the course of the evening included the Work in Britain, the daily fulfillment of prophecy, finding the ark of the covenant, and the prince of Rosh.

After lunch, toastmaster Bernard Hanson took the club’s theme of Ephraim and Manasseh and gave an explanation of how each speech intertwined with the history and prophecy of the two forefathers of Britain and the United States.

Ross Freeman started off the speech program with “A Thanksgiving to Remember,” in which he painted a picture of what Thanksgiving meant to those who were escaping religious persecution. Deacon Daren Reinsch gave his speech titled, “Ordain and Establish,” which focused on the Constitution of the United States. Syl Yoder spoke about the history behind Francis Scott Key’s writing of “The Star-Spangled Banner” in his speech, “Oh Say Can You See.” Mike Ortiz spoke about sacrifice for a nation and the battle of the Alamo. Mark McCombs ended the night with a stirring story from the 1879 Anglo-Zulu War and the comparisons to a Christian’s spiritual battle in a speech called “Lessons From Rorke’s Drift.”

“What’s amazing is that when the theme was picked, we had no idea that God was going to announce about a message going to Ephraim,” club member Daniel Ladenburg said. “[I]t’s really inspiring and goes to show that God really is in every part of His Work, even choosing Spokesmen Club themes.”

Preaching Elder Andrew Hessong closed the night by reminding everyone of the events that are coming on modern Ephraim and Manasseh and the Church’s role in prophesying these events.

Ella Yoder said, “It really set the tone for what we can do for the Work, by supporting Mr. [Gerald] Flurry and individually within your congregation.”