Don’t Just Sit There!
What are you doing right now? Whether you realize it or not, you’re probably engaged in a highly dangerous activity.
By Joel Hilliker • June 2013 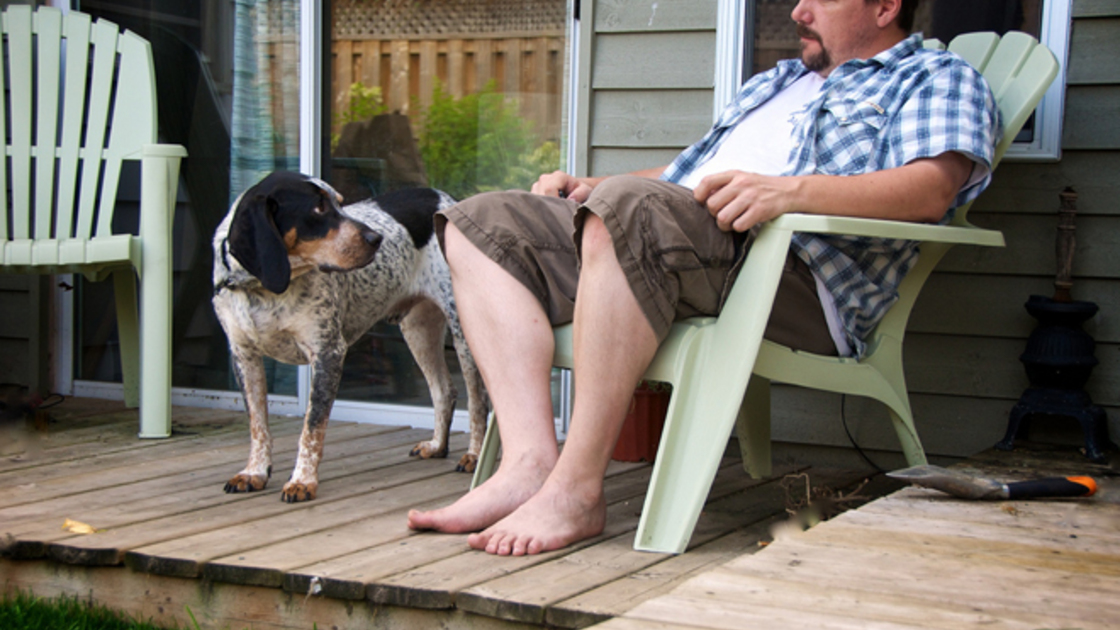 What are you doing right now? Whether you realize it or not, you’re probably engaged in a highly dangerous activity.

What is it? Sitting!

“This is your body on chairs: Electrical activity in the muscles drops—‘the muscles go as silent as those of a dead horse,’ … leading to a cascade of harmful metabolic effects. Your calorie-burning rate immediately plunges to about one per minute, a third of what it would be if you got up and walked. Insulin effectiveness drops within a single day, and the risk of developing Type 2 diabetes rises. So does the risk of being obese. The enzymes responsible for breaking down lipids and triglycerides—for ‘vacuuming up fat out of the bloodstream’ … plunge, which in turn causes the levels of good (hdl) cholesterol to fall” (“Is Sitting a Lethal Activity?”New York Times, April 14, 2011).

Why is sitting so harmful? When you don’t use your muscles, they don’t contract. When muscles don’t contract, they don’t use as much fuel (blood sugar). Extra blood sugar accumulates in your blood stream, which increases your risk for diabetes and other diseases. Sitting also keeps your organs squished together, so they don’t function as well.

That Times article cited a study where researchers looked at 14 young, fit, thin volunteers. After only 24 hours of being sedentary, their bodies’ ability to uptake glucose dropped 40 percent. Sitting also leads to back soreness, constipation and other problems.

Gretchen Reynolds, another New York Times author, highlighted another study on the effects of sitting: “[T]hose who sat the most had a 112 percent increase in their relative risk of developing diabetes; a 147 percent increase in their risk for cardiovascular disease; and a 49 percent greater risk of dying prematurely—even if they regularly exercised” (The First 20 Minutes, emphasis added throughout).

God made us to move. Physically, our bodies are designed to move—to walk, lift, climb, run, jump, work.

Whether it’s mentally, spiritually or physically, God wants us to be active! Getting stagnant always causes problems.

“Go to the ant, thou sluggard; consider her ways, and be wise: Which having no guide, overseer or ruler, Provideth her meat in the summer, and gathereth her food in the harvest” (Proverbs 6:6-8). This proverb praises the ant for being self-motivated. It works when no one is watching. It does the job when the job needs to be done. It is active.

This world is full of people who don’t want to think or work. They just want to sit! Just sit in class; just sit on the job, if they can; just sit on the couch and zone out in front of the television. The average American somehow manages to sit and watch nearly seven hours of tv every day. He is letting his body and his mind just shut down.

God made us to move.

How to Get an Education

Just as our human nature wants to take it easy and have a seat physically, it also tends to pull us in that direction mentally and spiritually. God expects us to fight that tendency! Otherwise, we’ll suffer the mental and spiritual corollaries of those negative physical effects of the sluggish, sit-on-your-hindquarters lifestyle.

The Christian life is one of driving yourself, challenging yourself, remaining active in personal development, improvement, study, education.

As a young man, Herbert Armstrong sought career advice from his Uncle Frank, a man of unusual insight and wisdom—“a sort of second Benjamin Franklin,” as he wrote in his autobiography. Mr. Armstrong was trying to decide whether to enter college for advertising and journalism. Uncle Frank told him, “[T]hat depends on you and how much ambition and drive you have.”

“The reason we have to maintain schools and universities is simply that most people are too lazy—most lack the ambition and persistence, the drive—to procure an education outside of schools and colleges,” Uncle Frank said. “Most people must have someone do their thinking and planning for them, assign lessons and homework, and force students to study and learn by a system of rewards and punishments in the form of grades, and finally, a sheepskin with a degree.

“Now if you have the initiative, and the will to drive yourself to study, without these prods of rewards and penalties, you can acquire just as complete an education outside the classrooms as in.”

Uncle Frank brought out the fact that most of the truly successful people were self-educated. “Education comes from study—from books—from lectures—from contacts—from travel—from thinking about what you see and hear and read—and from experience” (ibid).

Are you willing and able to keep up that kind of activity level? In the Northern Hemisphere, students are now in the summer months, a time off of school. This is an excellent time to challenge yourself in this way! You don’t have a teacher mapping out your daily assignments and keeping you on track. You have to put the prod on yourself.

Thomas Edison said, “Opportunity is missed by most people because it is dressed in overalls and looks like work.” Recognize summer as an opportunity! Set some goals.

“He that gathereth in summer is a wise son: but he that sleepeth in harvest is a son that causeth shame” (Proverbs 10:5). This verse is talking specifically about young people keeping busy.Gather in the summer! What experiences can you gather—can you harvest—this summer and beyond? Don’t limit yourself to a spoon-fed education—handouts, worksheets, grades, teachers—seven hours a day, five days a week, from August to May. Set goals, plan and go after your own life-long education!

The same is true of those of us no longer in school. We have to set our own curriculum to make sure we’re still stimulating our minds! Are you active in study? Are you digesting high-quality books—even lectures? (It’s amazing what is available on the Internet, much of it for free, let alone what might be happening within your local community.) What about contacts, and travel? Most important, how much are you thinking about what you hear and read?

Keep active in order to avoid the mental equivalents of diabetes, disease and obesity!

“Lazy people want much but get little, but those who work hard will prosper” (Proverbs 13:4, New Living Translation).

In The Seven Laws of Success, Mr. Armstrong wrote, “[S]uccess is accomplishment. It is doing. They say any old dead fish can float downstream, but it takes a live one to swim up. An inactive person will not accomplish anything. Accomplishment is doing. … The fourth success-law, then, is drive! Half-hearted effort might carry one a little way toward his goal, but it will never get him far enough to reach it” (emphasis his).

How much drive do you have? What are you doing outside your work or school hours? How much “me time” do you reward yourself with to relax and do nothing? Are you “sitting” your life away?

Push yourself forward! If we just sit around and allow our minds and bodies to shut down, we will slowly die—physically, mentally and spiritually. Sitting is lethal! Being stagnant—wasting your time—is lethal. Be diligent! Don’t be a dead horse or an old dead fish. Get up and do!

God wants all of us to be “redeeming the time, for the days are evil” (Ephesians 5:16).

God made us to move. Be active—physically, mentally, spiritually!