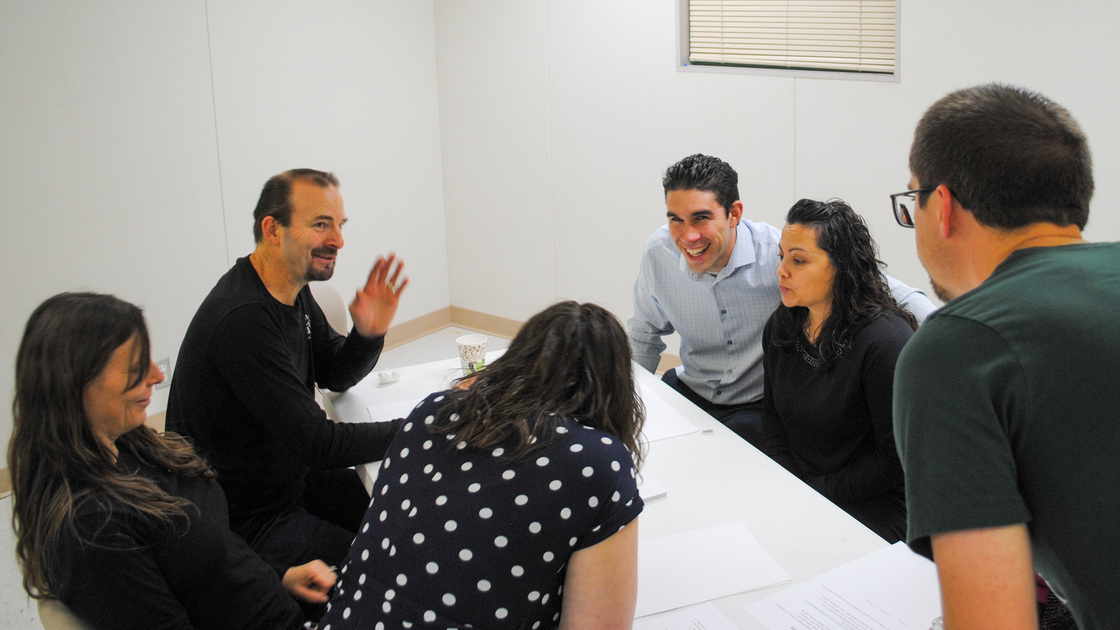 ARKANSAS—After sunset on December 31, about 35 members of all ages from the Philadelphia Church of God congregation in Northwest Arkansas participated in a “round robin” game night over finger foods and fresh popcorn.

Players joined six teams, each coming up with a team name and rotating through competitions against the others.

The three organized games were Heads Up, Catchphrase and Pictionary. Game topics ranged from household items to biblical figures. Laughter echoed throughout the meeting hall as teammates provided clues and drew pictures for teammates to guess the answers. Each team kept a tally of points accumulated, and at the end, the top 3 winning teams were announced. The winning team was “The Confidants,” followed by “The Dominators,” and “Fiery Fearsome Feathered Fowl.”

“The games were fun and all were laughing and enjoying them so much,” local member Pamela Smith said. “All the families pitched in to make sure that everyone was able to participate, making it a very special night of unity and love for all involved.”