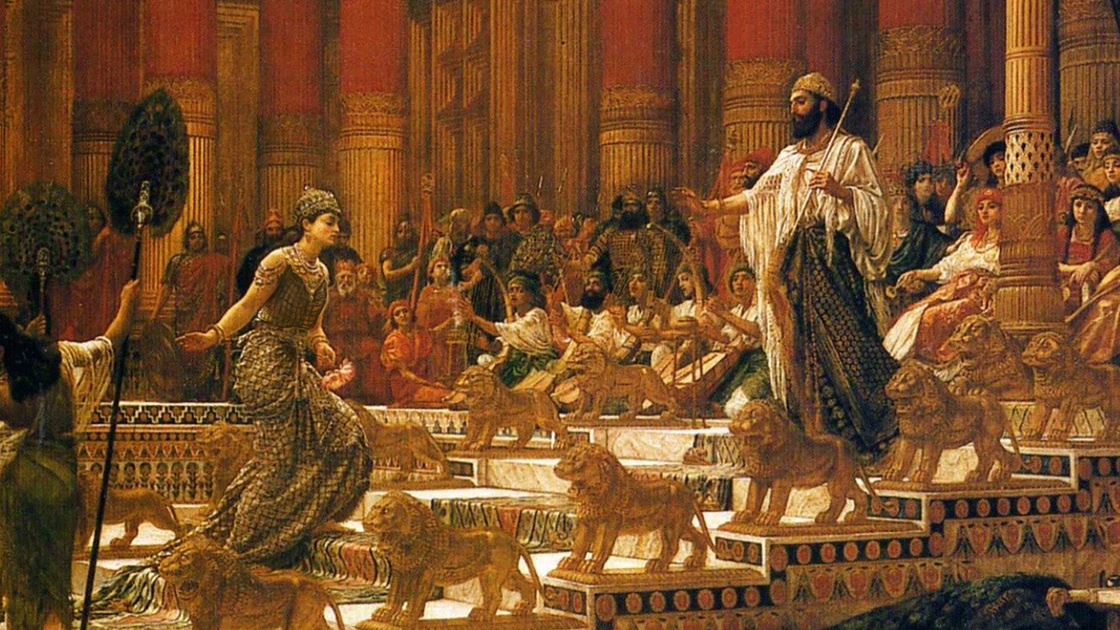 God is a workman. From the beginning, He created man to work, dress and keep. He intends for us to produce, grow and develop. This is what makes us happy in the end: achievement, growth, responsibility and work. These are wonderful blessings. This world shows us what happens when man is left to his own devices without restraints or purpose.

My father writes in the booklet The Epistles of Peter—A Living Hope, “You will never work diligently for God if you are not filled with joyful anticipation of the glorious future that awaits God’s Family. If our mind is just on the things of this world, we will become mired in depression, stress and discouragement. But that is not how God thinks. If we were perfect, we wouldn’t have those negative emotions—but, of course, we aren’t. We struggle with doubts. Like Jonah, in our weaker moments, we can even want to run from our responsibility to God!” We have to push and keep our focus on our glorious future. You must know and look to where the Work of God is leading.

Mr. Flurry continues, “Every effect has a cause. There is a cause for hope and joy, and a cause for depression and discouragement. You will not find hope outside the source in which Peter found it. We must search deeply into God’s Word—because within it there is boundless hope!” We delve into the Bible so we can understand this world and what is coming. That is the hope in God’s truth.

1 Kings 10:1 says, “And when the queen of Sheba heard of the fame of Solomon concerning the name of the Lord, she came to prove him with hard questions.” The Queen of Sheba had heard rumors about how joyful and productive the kingdom of Israel was and had to see it for herself. When she did, she was awestruck by what she witnessed.

“And when the queen of Sheba had seen all Solomon’s wisdom, and the house that he had built, And the meat of his table, and the sitting of his servants, and the attendance of his ministers, and their apparel, and his cupbearers, and his ascent by which he went up unto the house of the Lord; there was no more spirit in her” (verses 4-5). This took her breath away. She couldn’t believe the glory, majesty and splendor of Solomon’s kingdom. This shows the impact a godly environment can have on worldly people whose minds aren’t opened to God’s truth. What kind of impact should this environment have on us individually?

The Queen of Sheba responded to Solomon, “… It was a true report that I heard in mine own land of thy acts and of thy wisdom. Howbeit I believed not the words, until I came, and mine eyes had seen it: and, behold, the half was not told me: thy wisdom and prosperity exceedeth the fame which I heard” (verses 6-7). The Queen of Sheba said, What you have going on here is really special!

She says in verse 8, “Happy are thy men, happy are these thy servants, which stand continually before thee, and that hear thy wisdom.” She took note of the happy, positive countenance of everyone in Solomon’s court. This positive environment was so unusual and stood out to her! If someone from the world came to your congregation and watched you, what would he say? What kind of an impression would you leave on him?

In a positive, joyous environment, what stands out is when one person is negative, down, discouraged and in despair. Everyone struggles at times, but don’t be the person who stands out in a negative way. Contribute to the positivity that flows from God’s way of life. Have a maturity to your positive, joyous energy. Think and talk about the things of God. Be a positive influence on those you live and interact with!

“Blessed be the Lord thy God, which delighted in thee, to set thee on the throne of Israel: because the Lord loved Israel for ever, therefore made he thee king, to do judgment and justice” (verse 9). She saw God behind this positive culture. She understood the source of the joy in Solomon’s court.

The Queen responded by giving, “… an hundred and twenty talents of gold, and of spices very great store, and precious stones: there came no more such abundance of spices as these which the queen of Sheba gave to king Solomon” (verse 10). She gave all this wealth to the king of Israel—what a response to witnessing the greatness of God’s headquarters!

Brad Macdonald wrote in his article “The Throne of David Unites the Universe”: “Mankind needs hope, education, right knowledge, peace, vision, motivation and inspiration. Every human needs a Queen of Sheba moment. And it will be our responsibility as Christ’s Bride on the throne of David to provide this!”

Every human being on Earth will be awestruck by the Kingdom of God when it is established. It will take their breath away. They will be watching you—the God Family! They will note how happy you are; how busy, efficient, productive and fruitful you are.

Every human needs this Queen of Sheba moment! Our calling is to give this headquarters environment to the world. The world is in a lot of trouble right now and needs this Kingdom of God vision.

Luke 10:38-40 read, “Now as they went on their way, he entered a village; and a woman named Martha received him into her house. And she had a sister called Mary, who sat at the Lord’s feet and listened to his teaching. But Martha was distracted with much serving; and she went to him and said, ‘Lord, do you not care that my sister has left me to serve alone? Tell her then to help me’” (Revised Standard Version). Martha was frustrated. She was busy and helping but also negative and critical, telling Jesus Christ to correct her sister!

Christ responded by saying, “… Martha, Martha, thou art careful and troubled about many things.” Martha was getting anxious and critical about little things. Verse 42 from the Weymouth translation reads, “And yet only one thing is really necessary. Mary has chosen the good portion and she shall not be deprived of it.” Mary was concerned with the spiritual food available at this gathering rather than all the physical details. Christ was emphasizing with Martha to have the right priorities. Clarke’s Commentary writes about these verses, “While thou art busily employed in providing that portion of perishing food for perishing bodies, Mary has chosen that spiritual portion which endures for ever, and which shall not be taken away from her; therefore I cannot command her to leave her present employment, and go and help thee to bring forward a variety of matters, which are by no means necessary at this time.”

Martha lacked vision and was concentrating too much on the physical. She didn’t see the bigger picture as she should have. She wasn’t joyous in the presence of God in the flesh as she should have been! Martha’s attitude stood out and aggravated Christ—He kept His emotions in check but did say her name twice!

Proverbs 3:9-10 say, “Honour the Lord with thy substance, and with the firstfruits of all thine increase: So shall thy barns be filled with plenty, and thy presses shall burst out with new wine.” All these blessings, even physical abundance, come after we give honor, praises and thanks to God. He bestows blessings upon us after we show our appreciation to Him in praise and obedience.

“My son, despise not the chastening of the Lord; neither be weary of his correction: For whom the Lord loveth he correcteth; even as a father the son in whom he delighteth” (verses 11-12). Don’t despise correction because it shows God loves you and wants you to stay on the right path. Correction is something to be positive and happy about. “Happy is the man that findeth wisdom, and the man that getteth understanding. For the merchandise of it is better than the merchandise of silver, and the gain thereof than fine gold” (verses 13-14). The Israelites found wisdom during the days of Solomon—the peak of glory and majesty in ancient Israel. The people around Israel were full of joy and wisdom, and the Queen of Sheba noted it!

“She is more precious than rubies: and all the things thou canst desire are not to be compared unto her” (verse 15). The materialism of this world cannot be compared to the spiritual wealth God gives us. “Length of days is in her right hand; and in her left hand riches and honour. Her ways are ways of pleasantness, and all her paths are peace. She is a tree of life to them that lay hold upon her: and happy is every one that retaineth her. The Lord by wisdom hath founded the earth; by understanding hath he established the heavens” (verse 16-19).

Mr. Flurry continues in the booklet, “Carefully watch your prayer life and keep your mind on the return of Jesus Christ. Get your prayer in. Make certain you are talking to God—getting through to Him—every day. Pray until you have living hope! Pray yourself into that living hope, day after day!” Pray yourself into that living, hopeful, joyous and abundant vision. Pray, and you’ll get there. If you’re struggling with negativity and criticism, pray until you have that living hope in your heart. It is possible to change your way of thinking and set your mind in a different direction!

In Luke 17 is the account where Christ heals 10 lepers who were outcasts and couldn’t associate with people. “And they lifted up their
voices, and said, Jesus, Master, have mercy on us. And when he saw them, he said unto them, Go shew yourselves unto the priests. And it came to pass, that, as they went, they were cleansed. And one of them, when he saw that he was healed, turned back, and with a loud voice glorified God, And fell down on his face at his feet, giving him thanks: and he was a Samaritan” (verses 13-16). This one was so thankful and appreciative that God would clean him up!

Verse 17 continues, “And Jesus answering said, Were there not ten cleansed? but where are
the nine?” Christ wondered why the others weren’t rejoicing and giving thanks. This stood out to Christ just like Martha’s attitude, for all the wrong reasons. This is the spirit of negativity and criticism. They weren’t appreciative and thankful for the miracle God performed for them.

God is the giver of every good gift! Be sure you give Him thanks for all the wealth and prosperity you enjoy every day. If you don’t give Him thanks He’ll wonder, What is wrong with you?Why are you so negative and critical? This point is so important to Christ and the Father!

This is the way it was in ancient Israel—a carnal nation. God set it up to be a type of the coming Kingdom of God. The Queen of Sheba couldn’t believe the rumors and had to see it for herself. She said, I didn’t even get the full truth of it. It is so tremendous that even the rumors didn’t do it justice. Build that kind of positivity in your family and congregation because this is the environment we’ll be giving to the world. Everyone who has ever lived will see God, His Kingdom, the Family of God—and have his or her own Queen of Sheba moment.