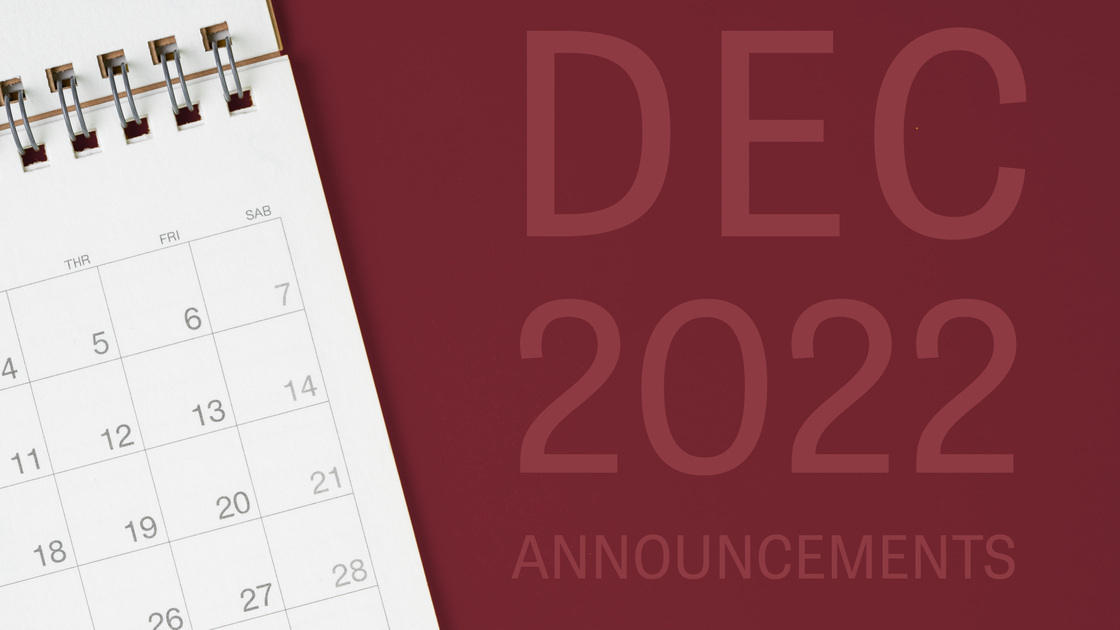 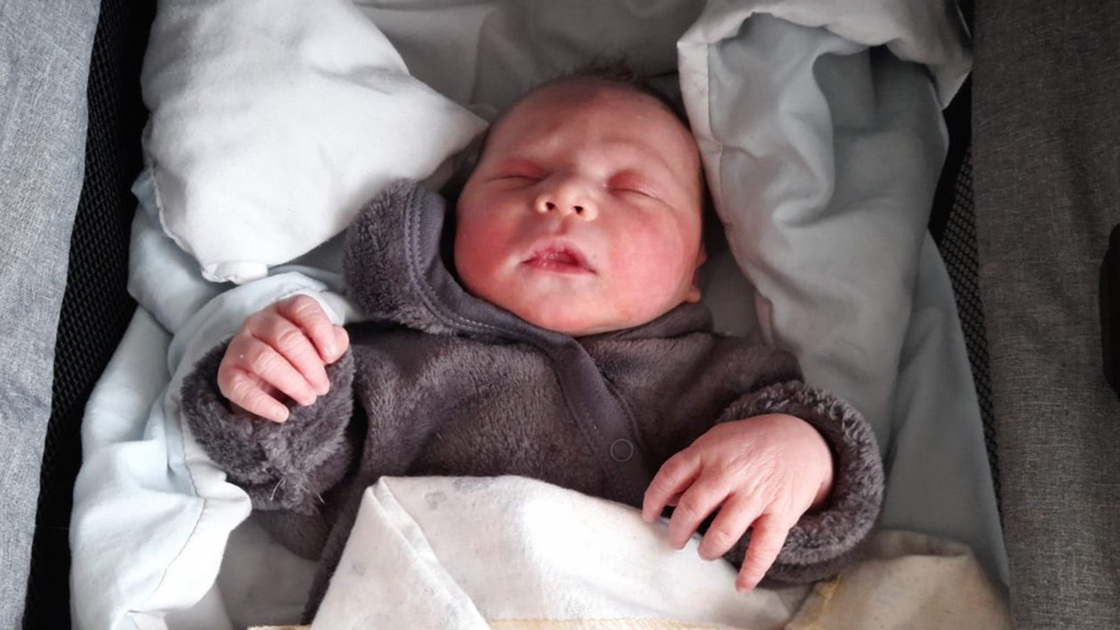 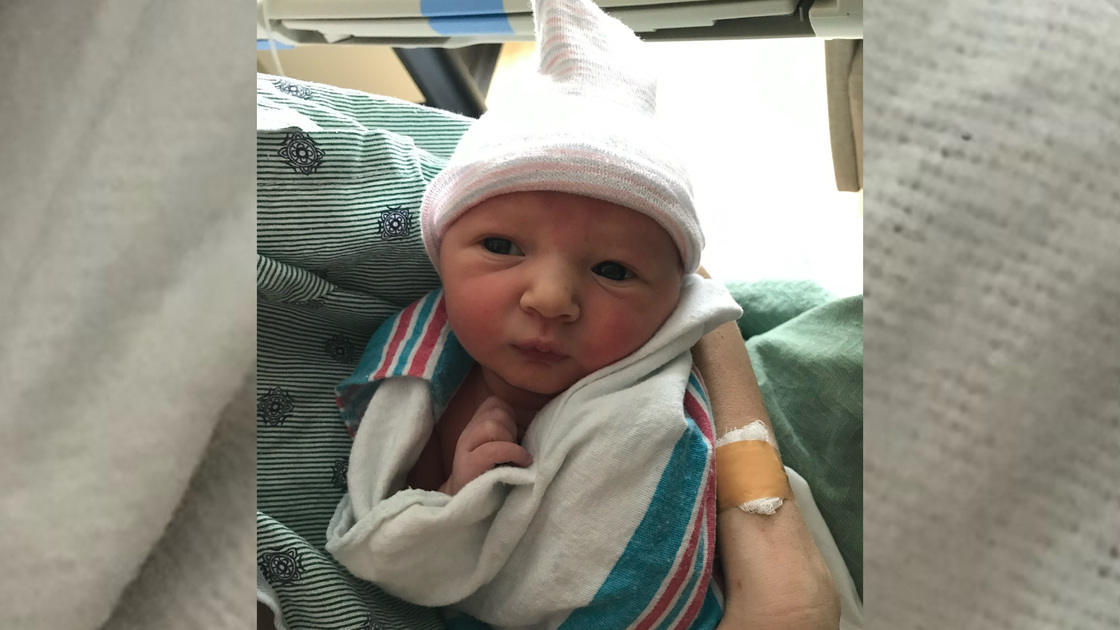 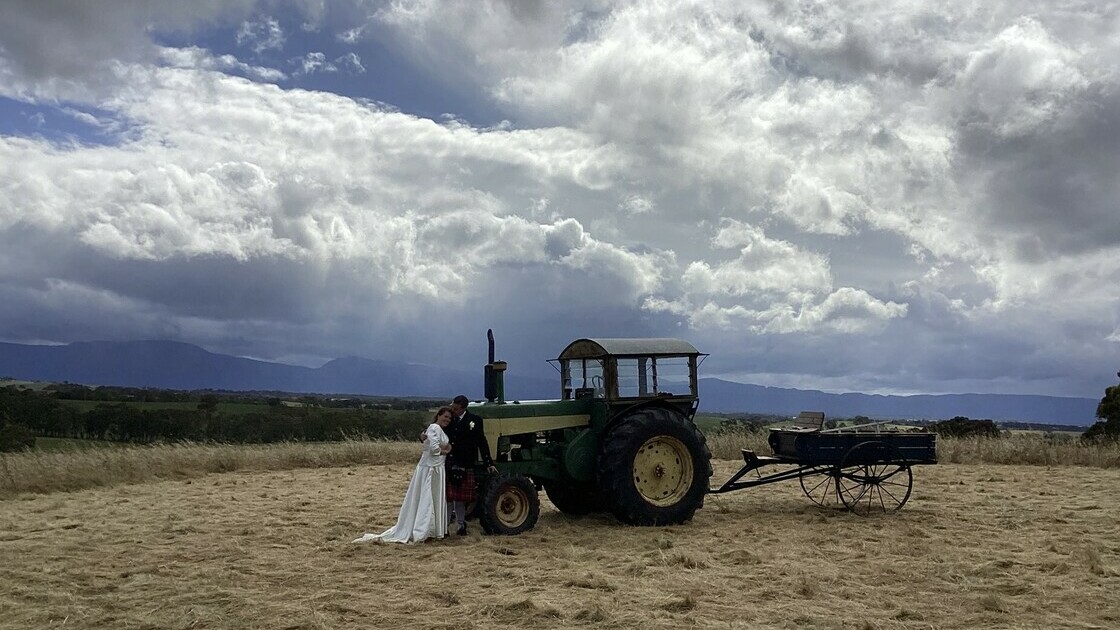 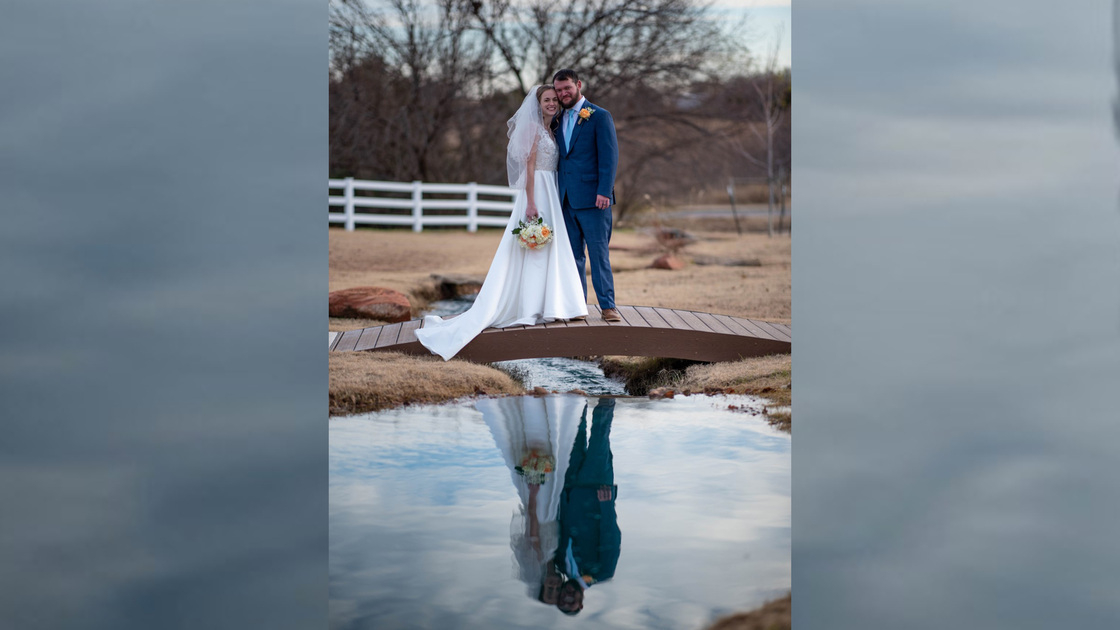 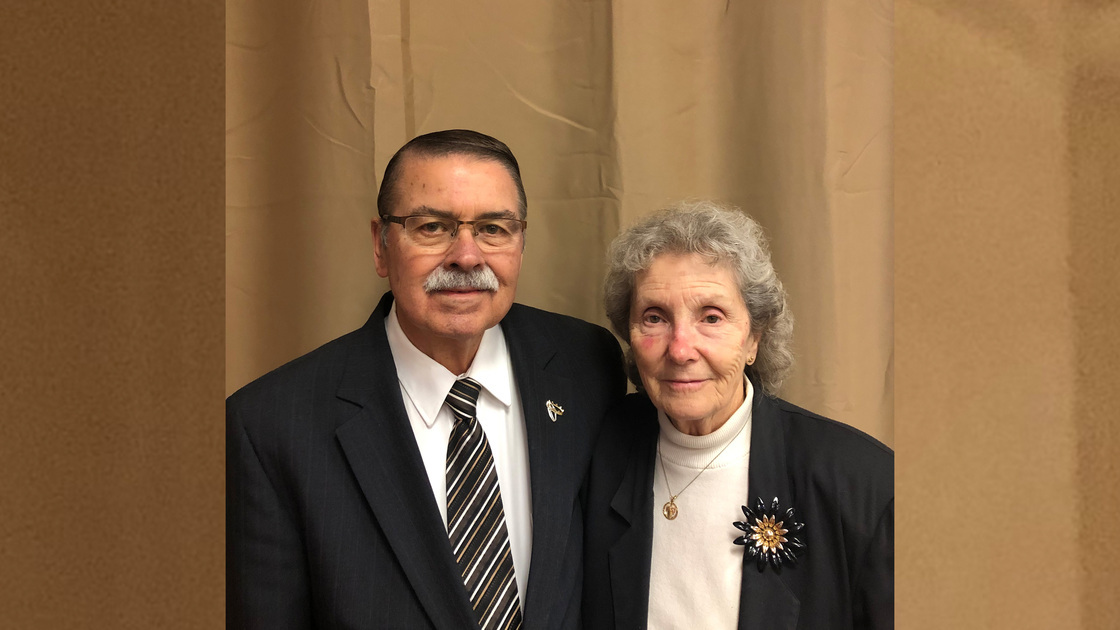 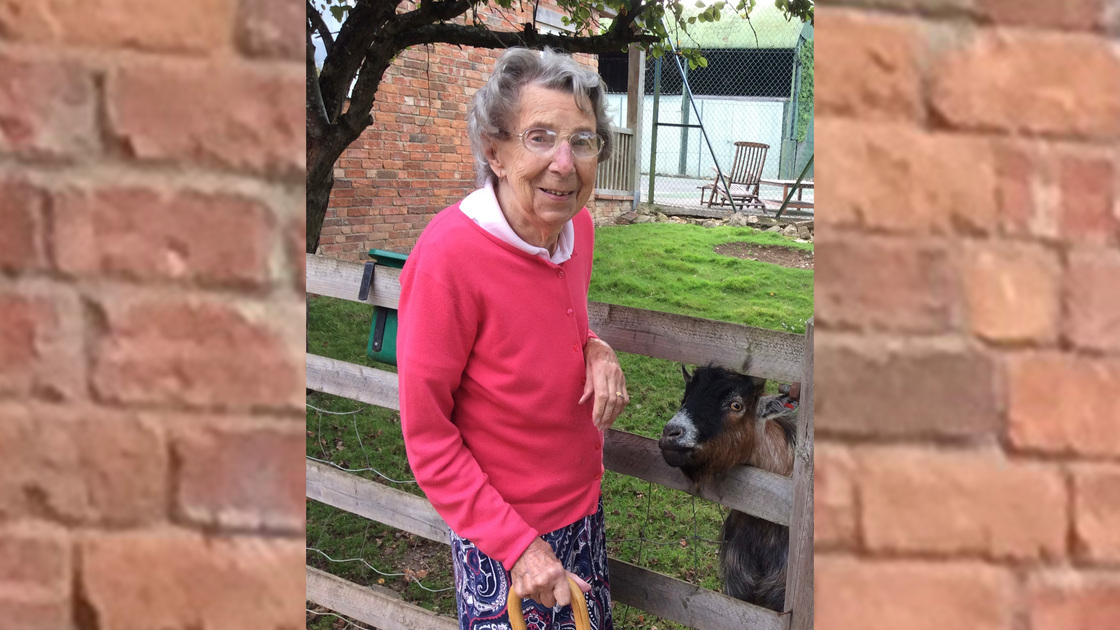 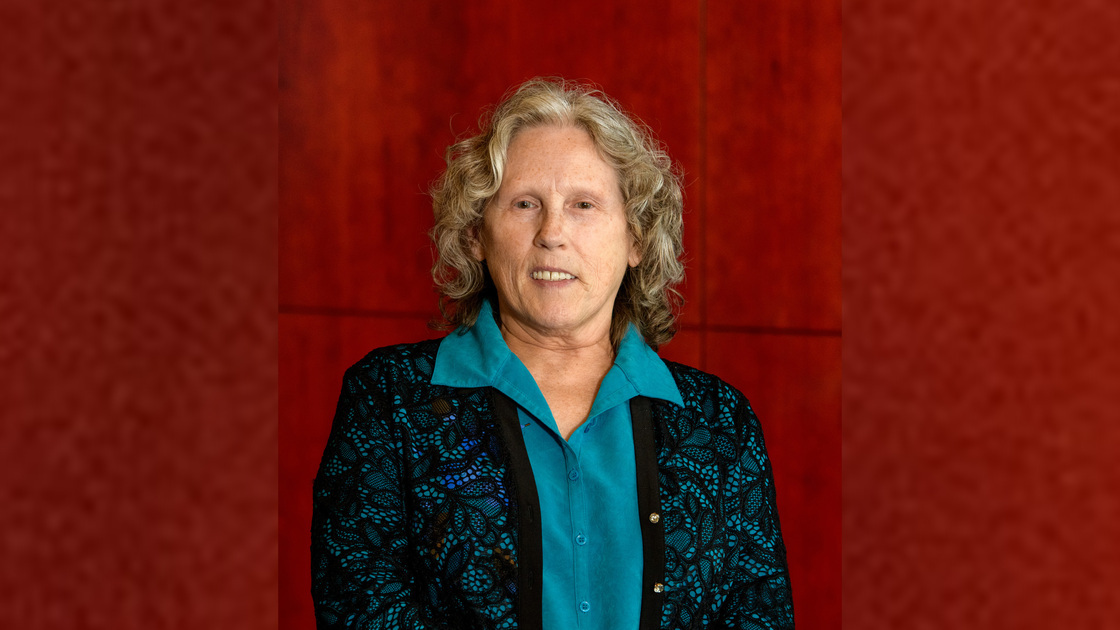 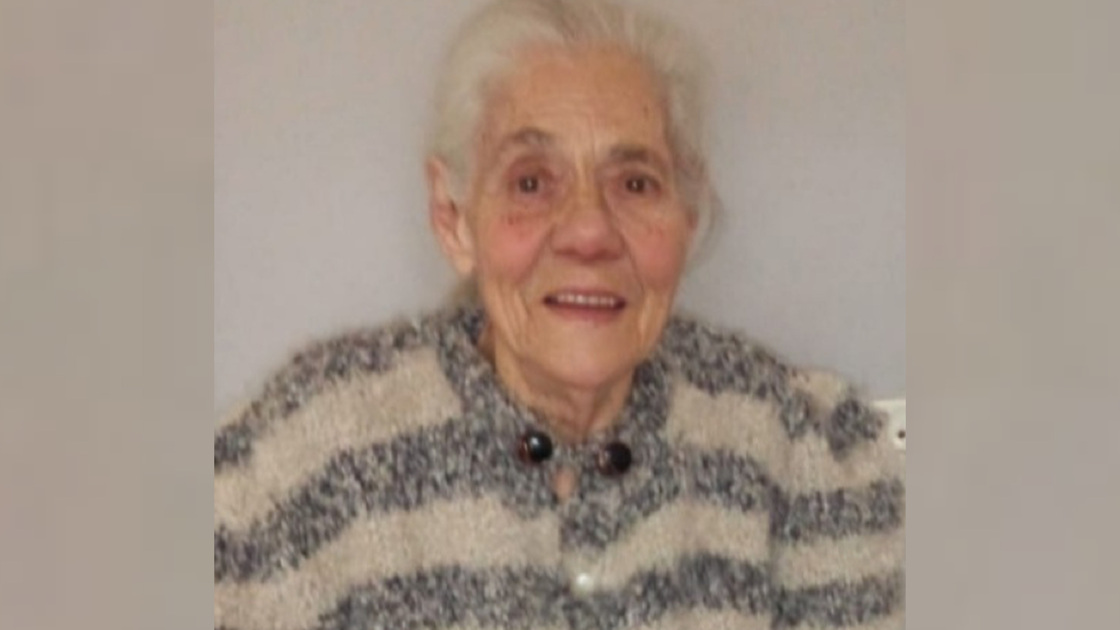 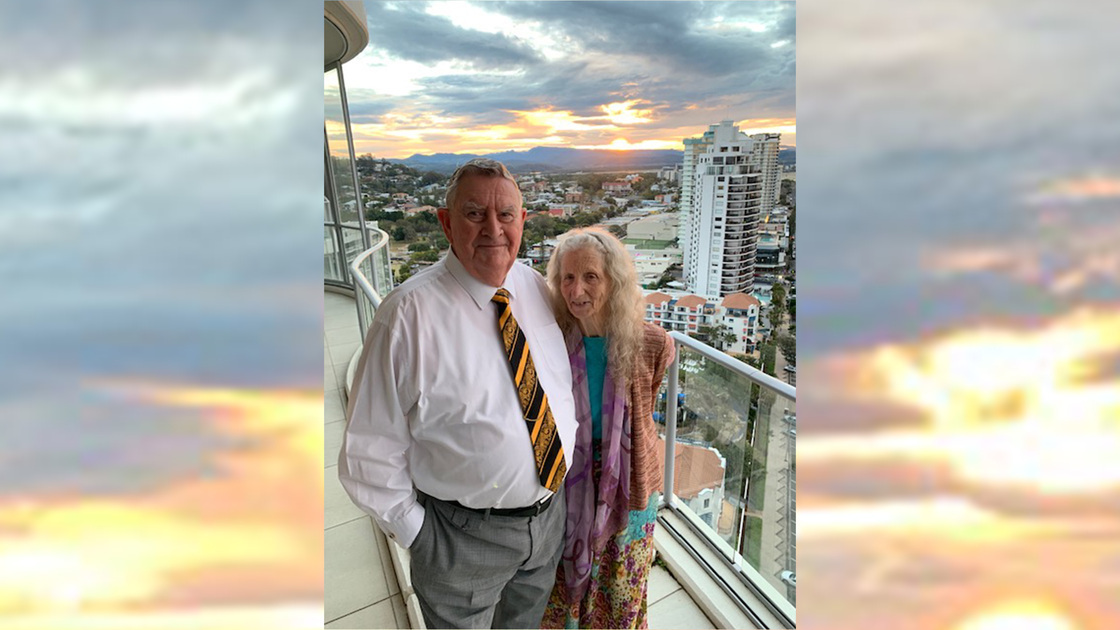 OKLAHOMA—Isla Stone was born on December 8 to Andy and Whitney Mclain of the Edmond congregation weighing 6 pounds, 8 ounces and measuring 20 inches in length.

SOUTH AFRICA—Lucian Niklaus was born on December 23 to Liezel Oelofse of the South Africa congregation weighing 8 pounds, 2 ounces and measuring 20 inches in length.

ARIZONA—Brandon Gray of the Phoenix congregation was baptized on November 20 by Preaching Elder Greg Nice assisted by deacon Daren Reinsch.

ARIZONA—Ezra Hochstetler of the Phoenix congregation was baptized on December 10 by Preaching Elder Greg Nice assisted by deacon Daren Reinsch.

AUSTRALIA—Dale Abblitt and Jane Grellet of the Sydney congregation were married by Pastor Aaron Hudson on November 20 in Great Western, Victoria. The couple resides in Mittagong, New South Wales.

WISCONSON—Nick Bush and Brianna Weeks of the Horicon congregation were married by Preaching Elder David Weeks on December 11 in Beaver Dam. The couple resides in Hustisford.

OKLAHOMA—Bailey Crawford and Cami Eagle of the Edmond congregation were married by Pastor Fred Dattolo on December 4 in Edmond, Oklahoma. The couple resides in Guthrie.

OKLAHOMA—Pastor Fred Dattolo and Corinne Eagle of the Edmond congregation were married by Pastor Andrew Locher on December 18 in Edmond, Oklahoma. The couple resides in Edmond.

KANSAS—Merlin and Mickey Gooch reached their 60th wedding anniversary on November 20. Merlin and Mickey were married in Wichita, Kansas, on Nov. 20, 1962. They came into the Worldwide Church of God in 1976 and into the Philadelphia Church of God in 1992. They have three boys, seven grandchildren and two great grandchildren. They attend the Wichita, Kansas congregation.

COLORADO—Robert Locher died on December 6 at his home in Erie, Colorado, after a 9-month battle with bone cancer. He was born in 1938 in Dubuque, Iowa. In his early years, he was interested in the outdoors, hunting and even flying. He had a commercial pilot’s license. He attended Iowa State University where he obtained a degree in dentistry. He went on to work as a dentist for about 40 years in Boulder, Colorado. He married Carol Locher in 1964. He came into the Worldwide Church of God in the mid-1970s and to the Philadelphia Church of God in 1991. He was ordained a local church elder in 1994, and was raised in rank to a local elder and then preaching elder. During his almost three decades in the ministry, he served many of the mountain states in the Western region. In 2015 he helped the headquarters staff launch the KPCG radio station. He loved the radio station and felt honored to help get it established and installed.

ENGLAND—Muriel Palmer from Whitchurch, England, died on December 27 at the age of 98 after a short decline in her health. She was baptized in the WCG in 1976. She enjoyed an active life and will be remembered for her cheery personality. She is survived by her son, Local Church Elder Derek Palmer, and her grandson, Local Elder Richard Palmer.

OKLAHOMA—Theodora Huggins, also known to her closest friends as Teddy, died on November 3 after a battling a short illness. She came into the Philadelphia Church of God in 2014 when she was 61 years old. Her mother attended the Worldwide Church of God and then the Philadelphia Church of God beginning in 1991. As her mother became older and frailer, she moved in with Theodora. During this time a church member and friend of her mother came to visit and met Theodora. They immediately became friends, having a two-hour long conversation. Theodora did not show interest in the truth at the time, but her mother expressed in private to the friend that she was praying that Theodora would come to know and believe the truth one day. In the late 1990’s her mother died. A few years later the friend received a phone call from her asking what she had to do to start attending the PCG. The church member gave her Evangelist Wayne Turgeon’s phone number and told her there would be a few books she would have to read. A few years later, she started attending services in Edmond. She was baptized on March 28, 2015. She volunteered in the mail processing center and loved doing so. She worked very hard to understand and learn God’s truth. She often expressed regret that she came to believe the truth so late in life when her mind was not able to retain knowledge as she would like to. Her greatest desire was to endure to the end and meet her mother in the resurrection, saying said her mom would be shocked and pleasantly surprised with how she turned her life around.

SOUTH AFRICA—Hilda Reynders of the Johannesburg congregation died at her home on June 26 at the age of 88 after several years struggle with her health. She was born on September 17, 1934, and she and her late husband started attending the Philadelphia Church of God in 1998, both getting baptized later that year. She was like a grandmother to all in the congregation, even though her long signature single plait gave her a youthful look. Although she was diagnosed with dementia, she remembered each member’s name. She served the brethren through her passion of sewing and crocheting, gifting her creations especially to the children in the congregation. Her shining example led one of her daughters to the PCG family just before her mother’s health started deteriorating. Soon after her daughter was invited to start attending, she was no longer able to attend services due to her failing health. Although she couldn’t attend services, she remained strong in her faith till the end. She will be remembered by her family as a caring mother, loving grandmother and doting great-grandmother. She is survived by two daughters, four grandchildren and seven great-grandchildren.

WASHINGTON—Glenys Leslie Harrison died peacefully at home on December 9 at the age of 79 with family at her bedside. Thirteen days earlier she suffered a ruptured brain aneurism that left her bedridden. During her final days she never complained about her plight. Rather, she continued to ask about and pray for others. She was born in April 1943 in Christchurch, New Zealand, the only child of Leslie and Majorie Cooke. During her formative years she spent much time playing with her cousins and enjoyed attending primary school. She was a diligent student, and after graduating high school she worked as a logistics cleric for Air New Zealand for several years until marrying her husband, Alex Harrison. Over the next couple of decades, she helped her husband with his building company, assisting him in constructing and remodeling houses, as well as in rearing their children. In 1978, God called her and her husband into the Worldwide Church of God, and throughout the 1980s they served as volunteers every year at the Sumer Educational Program youth camps. In 1990, the Harrisons joined the Philadelphia Church of God, and Mr. Harrison began serving full-time in the ministry. For the next 30 years, Mrs. Harrison faithfully supported and traveled with her husband in serving PCG members around the globe, including brethren in Australia, New Zealand, the United Kingdom, Europe, the Philippines, Oceania, Africa, Latin America and the USA, until Mr. Harrison’s death in November 2020. She is survived by her three children, Craig, Julie Anderson and Paul, and five grandchildren, Reagan, Erica, and Edmond Anderson, and Molly-Grace and Emily Harrison. She will be missed for her meek, dignified example of a Christian woman who always looked on the bright side of life and who continually offered encouraging words through phone calls, cards, letters, and emails to hundreds of brethren around the world.