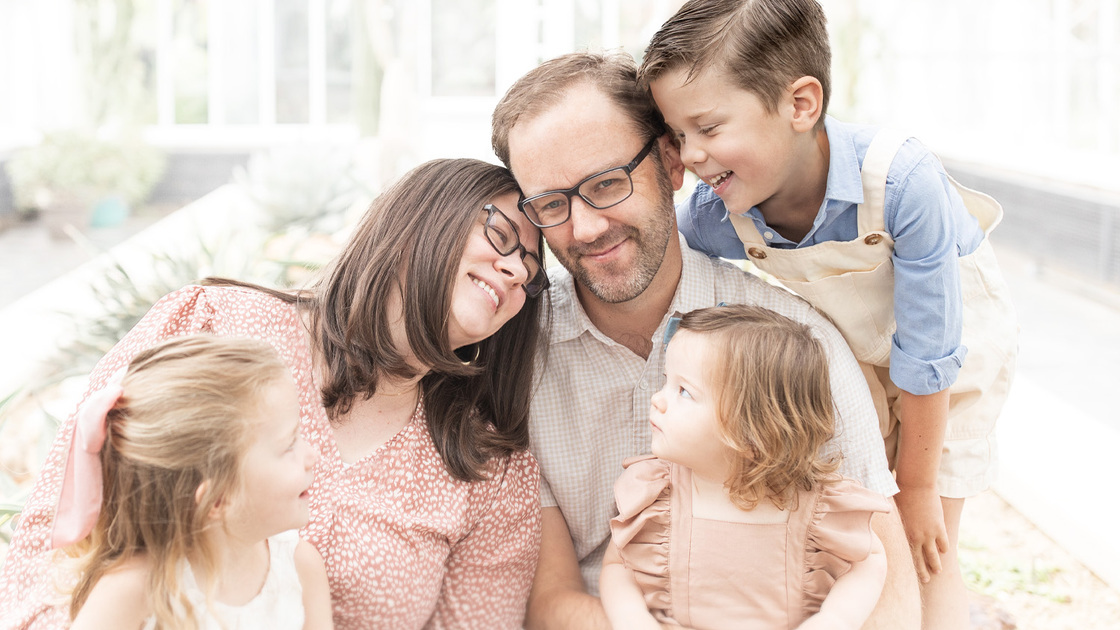 In our Christian lives, it is easy for us to get bogged down in the present. God tries to keep us mindful of the big overview. If we lose that, we will become deceived and lost. Sadly, that has happened to most of God’s people in this end time—the Laodiceans, God’s lukewarm saints (Revelation 3:14-22).

Here is a “big overview” statement to remember: If there is one word that describes where the Laodiceans have gone wrong and where the remnant of Philadelphians has not, I believe it would be the understanding of the word father.

The book of Malachi is directed to the Laodiceans. The first criticism in that book is about God not being honored as a Father. This has far deeper meaning than we sometimes realize. I believe it is at the root of all the Laodiceans’ problems.

Malachi’s prophecy begins, “The burden of the word of the Lord to Israel by Malachi. I have loved you, saith the Lord. Yet ye say, Wherein hast thou loved us? Was not Esau Jacob’s brother? saith the Lord: yet I loved Jacob” (Malachi 1:1-2).

God talks about Jacob and Esau for a good reason: because they were divided in the family. There is family division in God’s Church today. And what is the cause? Some people write in and ask, Why can’t you guys get together? That is a good question, and there is a definite reason. Here God tells us why.

“A son honoureth his father, and a servant his master: if then I be a father, where is mine honour? and if I be a master, where is my fear? saith the Lord of hosts …” (verse 6).

What a penetrating question! Where is my honor? This is profoundly important to God. Astonishingly, some of the Laodiceans don’t even believe anymore that God is a Father.

If you want to maintain a right spiritual perspective, you must honor the Father! If you fail to do so, you are rejecting the family and the family government.

Even in a physical family, if it is to be strong and produce good fruits such as children with character, the father must be honored. If he is not, the family begins to break down.

God is a Father. And He must be honored. How do we do that? This is so important if you’re going to remain loyal to God.

Later in his prophecy, Malachi wrote of the faithful Philadelphians: “Then they that feared the Lord spake often one to another: and the Lord hearkened, and heard it, and a book of remembrance was written before him for them that feared the Lord, and that thought upon his name” (Malachi 3:16). This is talking about God the Father. The context shows, first of all, what name these saints are remembering: the Father’s name.

Look at verse 17: “And they shall be mine, saith the Lord of hosts, in that day when I make up my jewels; and I will spare them, as a man spareth his own son that serveth him.” The word jewels is not a good translation to describe those of us in God’s Church today. The Hebrew word means a special treasure. It is what God prizes.

We are far more than jewels to God. We are sons! You know that a pile of jewels is nothing compared to your own son or daughter. Your own child truly is a special treasure!

Even the Soncino commentary says these people are not like the other people in the book of Malachi; these are a faithful minority. Indeed they are. And they are very special sons to God.

God spares from the Great Tribulation His own sons who serve Him. That is how He feels about His obedient sons. He expects honor. And when you give that to your Father, He will spare you like any father would his son. That is the love of a father. We ought to thank God for that daily! That keeps these saints loyal: They know their Father, and they know they are sons, and they thank God for that continually! Oh, Father, I am your son! And you look after me and protect me and provide all that I need! What a blessing to be a son! What have I ever done to be such a special treasure to you?

In Jeremiah 3:18, God says He will reunite the divided kingdom of Israel: “In those days the house of Judah shall walk with the house of Israel, and they shall come together out of the land of the north to the land that I have given for an inheritance unto your fathers.” That is inspiring—but it is only the start! God is then going to unite the whole world! He will graft all the Gentiles into the Family.

We are going to help God bring all people under one Head. How is that possible? The only way we will ever unite this world is to get them united under one leader—who happens to be God the Father. Then they too will become His special treasure!

That is a wonderful example to follow. God wants you to be such a “beloved son,” in whom He can be so well pleased (Matthew 3:17; 17:5). You have a Father, and He wants you to understand that and become more and more like Him.

Your Father helps you in that process. At times He corrects you. “For whom the Lord loveth he chasteneth, and scourgeth every son whom he receiveth. If ye endure chastening, God dealeth with you as with sons; for what son is he whom the father chasteneth not?” (Hebrews 12:6-7). Sometimes in our trials, or when we receive God’s correction, we think it is the worst possible thing that could happen, when in truth it is the best. Because if God isn’t correcting you, you don’t have a Father! (verse 8). Sometimes we can just forget how wonderful that correction is! What a blessing to be in God’s Family and be directed by the Father.

Even a strong physical father can make an enormous difference in someone’s life. Teddy Roosevelt was one of America’s greatest presidents, and he said: My father was the best man I ever knew. How instrumental was his father in making him what he was? So many great sports figures—Wayne Gretsky, the best hockey player in the world; Sebastian Coe, the best runner in the world; Dan Marino and Joe Montana, among the best quarterbacks in football—had outstanding relationships with their fathers.

Read what Christ said in Matthew 7:7-11. If physical fathers know how to give generously to their children, how much more giving and loving is God the Father? He wants to give us good gifts. He wants to provide you His Holy Spirit, supply you with faith, and reveal to you where He is working. You are His son! That’s the way a father is.

You desperately need a good relationship with your heavenly Father. If you lack that, you will always struggle spiritually.

Of course, God governs through human beings today. But we have to see beyond human personalities, and truly build that intimacy with God the Father, or we will not make it into God’s Family. God is telling us, If you can get the focus right and can learn to follow me, your Father, and my Son, Jesus Christ, I truly am going to let you share the very throne of Christ and rule this world!

In Luke 15:7, Jesus Christ said, “I say unto you, that likewise joy shall be in heaven over one sinner that repenteth, more than over ninety and nine just persons, which need no repentance.” When you repent, you really get God excited and fill Him with joy! You can affect God’s feelings and His joy and happiness simply by repenting when you need to repent! That is the way your Father is. He loves you so much.

Christ then told the story of a son who got himself into trouble. A man had two sons, and one asked his father for his inheritance. He didn’t like it there with Dad and all his “tough rules.” He thought, Hey, I’ve got to get out of here. I can’t stand the authority and the government. I want to go out and have a good time! He took that money and ran, and squandered it in riotous living.

“And when he had spent all, there arose a mighty famine in that land; and he began to be in want. And he went and joined himself to a citizen of that country; and he sent him into his fields to feed swine. And he would fain have filled his belly with the husks that the swine did eat: and no man gave unto him. And when he came to himself, he said, How many hired servants of my father’s have bread enough and to spare, and I perish with hunger!” (verses 14-17). In that adversity, this young man recognized his terrible mistake. And he began to see that there was nobody like his father.

He then said, “I will arise and go to my father, and will say unto him, Father, I have sinned against heaven, and before thee, And am no more worthy to be called thy son: make me as one of thy hired servants” (verses 18-19). That is true of all of us! We are not worthy to be called sons of God!

So this man returned home to his father. “… But when he was yet a great way off, his father saw him, and had compassion, and ran, and fell on his neck, and kissed him” (verse 20). This is a type of God the Father! This father didn’t act like a worldly father and say, Didn’t I tell you you were wrecking your life? He saw his son coming back in repentance, and he just ran to him and began to kiss him! He told him how thankful he was to have him back home in the family! And they had a great feast because the father was so happy with this son who returned.

That is the way it is with anyone who leaves this Church and then returns to God. Our Father is profoundly moved by a son who repents, who takes on an attitude of, I’ll be a hired servant—I’ll do anything. I’m just so thankful I can come back to your love and your mercy. I’m so thankful for your kisses and hugs because you are my Father! The Father is waiting with open arms! That is the way He is and the depth of love He has. He is a Father!