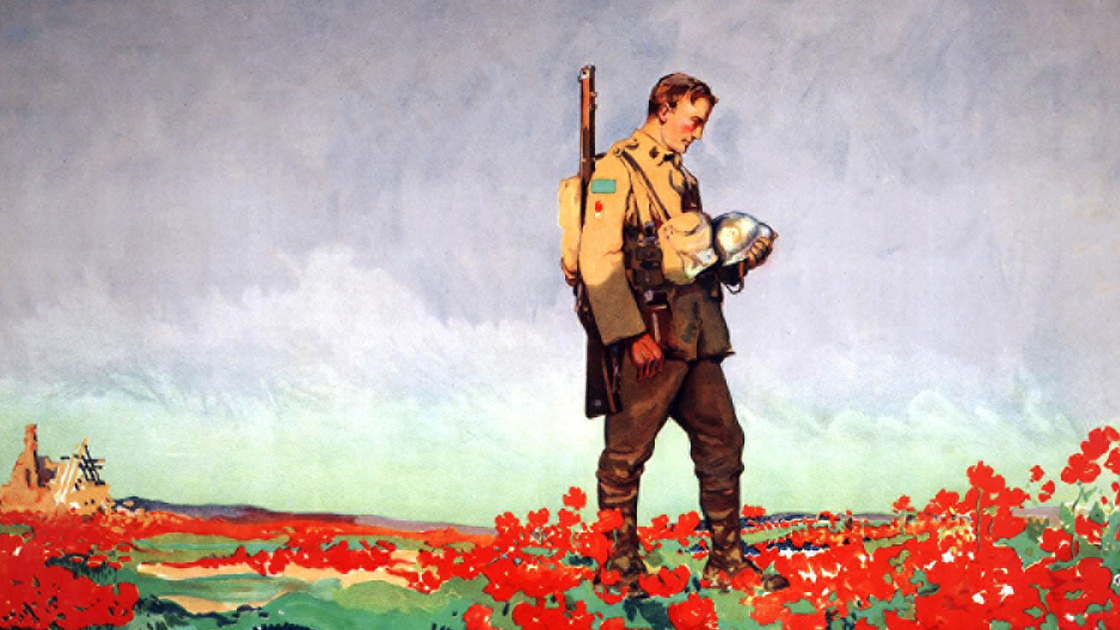 John McCrae, a soldier in World War i, saw his friends obliterated by his side. He treated comrades shredded by bombs. He helped those suffocating from poisonous gas attacks. As a medical doctor with the First Brigade of the Canadian Field Artillery in the Second Battle of Ypres (April 22–May 25, 1915), he was present when Germany first used poisonous gas on a large scale.

During World War I, there were three major battles in Ypres, Belgium. About a million men were slain. At the time, the senseless bloodshed seemed endless. The fields were saturated with blood and torn up by incessant warfare.

Poppy seeds can lie dormant in the ground for decades. All they need to germinate and grow is light. The battleground had been churned up by bullets, grenades and the frantic footsteps of soldiers. The destruction had exposed dormant poppy seeds—giving them the light they needed to grow.

In the midst of desolation, these poppies became a symbol of hope. Where the ground was blighted, the poppies blossomed and flourished. They beautiful exemplified a new beginning after the close of one of the darkest chapters of human history. The poppies show that, no matter how horrible the past, life will continue.

After McCrae reflected on the poppies sprouting around the graves of his comrades and friends, he wrote the famous poem “In Flanders Fields.” The poem led to the poppy becoming a symbol of remembrance linked with Armistice Day (November 11). The poem was written to commemorate the noble cause that animated the Allied forces. The soldiers fought against an imperialistic empire. They fought to defend their freedom. They fought to preserve peace. They fought a war that was meant to end all wars.

But World War i did not end all wars. World War ii began only 21 years later, bringing even worse devastation. In our nuclear age, we are on the cusp of the worst war this world will ever see. It will cause the greatest bloodshed in Earth’s history.

Another time will come when the fields will again be razed and soaked with blood. But there is hope. Just as poppies once blossomed in a desolate theater of war, the Bible prophesies that the deserts soon will blossom as the rose (Isaiah 35:1). In the greatest suffering ever to befall our world, mankind will learn to listen to God. At Jesus Christ’s return, light will fill the Earth, and a wonderful world will start blossoming out of desolate fields.