Become a Philadelphia Lawyer
God’s lawyers are students of the Bible.
By Sam Livingston • Dec. 6, 2022 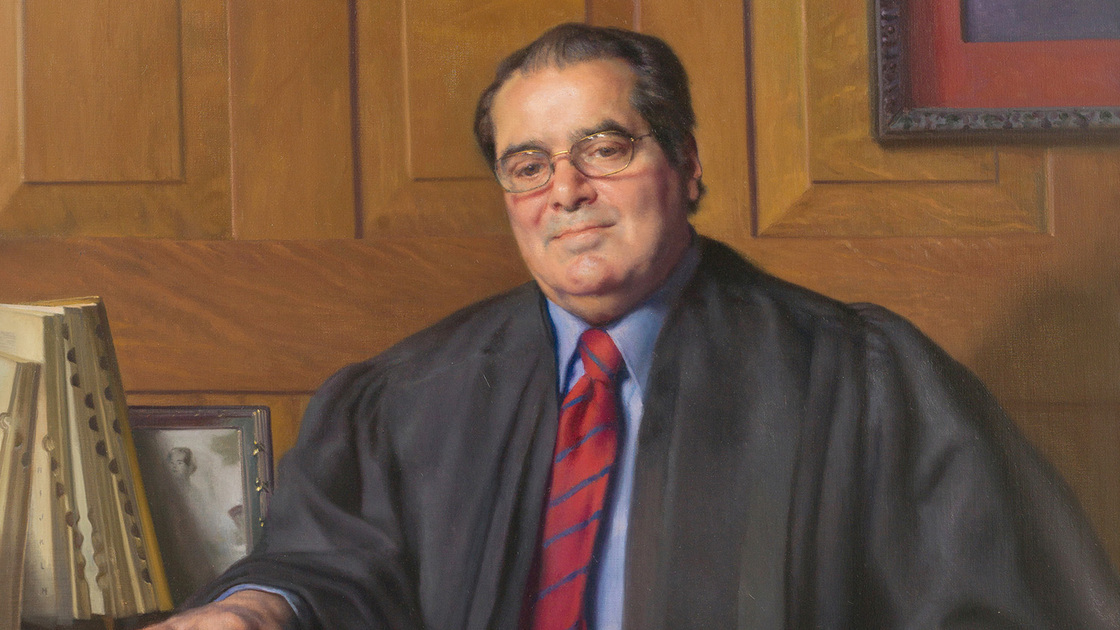 Herbert W. Armstrong remembered his father saying this about his demeanor as a 5-year-old: “That youngin is always asking so many questions he’s sure to be a Philadelphia lawyer when he grows up.” As it turns out, Mr. Armstrong, in more ways than one, did become that Philadelphia lawyer.

Merriam Webster defines a “Philadelphia lawyer” as someone “knowledgeable in the most minute aspects of the law.” The phrase dates back to the American colonial period and refers to the high density of scholarly minds congregated in the city of Philadelphia at the time.

Being a lawyer in this present world is not glamorous—it is a cancer rife with corruption, bias, favoritism and lawlessness. But God still expects each of us to become lawyers! A lawyer is simply someone who practices or studies law, and we should all be striving to study and practice God’s law. If you are, that makes you a lawyer!

The Bible is our constitution. It is the rule book that governs how we live. Thankfully, it is a law book inspired by God and not devised by men.

In the World Tomorrow, when God’s legal system will rule, laws will be simple. There will be no searching for legal loopholes. Prosecutors won’t try to entrap and confuse people. Lawyers and judges won’t behave the way they do today because everybody will be taught and understand God’s law—the give way.

Are you actively training to be the best lawyer you can be? In what practical ways can you work on becoming a betterlawyer?

One rare example of a good lawyer in recent memory is the late Supreme Court Justice Antonin Scalia. His great strength was that he revered the United States Constitution and approached it with humility.

During a trip to Peru in 2007, Scalia visited a law school where he delivered a speech about what he believed were the three points that made someone a good judge or lawyer. There’s a lot we can learn from Scalia to help us in our approach to law.

“First, a judge must be, above all else, a servant of the law—and not an enforcer of his personal predilections—about the issues that come before him,” Scalia said.

Scalia approached the law with humility. It wasn’t up to him to make or redefine the laws. He didn’t get to choose which laws to uphold and which to ignore. He didn’t read his own private interpretation into the law. Avoid your “private views,” Scalia said in the speech.

At times, Scalia had to make decisions he personally did not agree with. Often we can run into rules we don’t initially understand, but it’s imperative that everybody be held to the same standard. When personal bias enters into the decision-making process, things become unjust.

We must each come to love God’s law. We should learn to want to uphold and obey the law. The rules you encounter in God’s Church are made through God’s loving government and are based on biblical principles. At Herbert W. Armstrong College and Imperial Academy, there are rule books. Summer Educational Program and Spokesman Club each have a manual. Your family receives a brochure with guidelines every year at the Feast of Tabernacles. All these rules are designed to create order and stability. How well do you “serve” those laws? If one person decides a rule doesn’t apply to him, what stops everyone else from doing the same thing? This is how societies break down.

Resist your carnal nature and come under the law like the Prophet Jeremiah who wrote: “O how love I thy law! it is my meditation all the day” (Psalm 119:97).

“The process must be a studious one,” Scalia said, “with careful attention given to the relevant legal authorities.” His second point on being a good judge is scholarship. Scalia was a Supreme Court justice, but he was also a lawyer and a teacher.

One of Scalia’s big fears was reading his own interpretation into the law. He warned to avoid the avenues of study that would direct you “to the result you would prefer.”

When interpreting laws, he would consult reference materials from the time the law was created. What were the dictionaries used at that time so we can understand precisely what the authors of that law meant it to mean? How did people at the time interpret and apply the law?

Scalia didn’t just study the law; he studied the environment around it—when was it written, why was it written, what was the social climate at that time, who wrote it, for whom was it written, and how was it applied at the time—so he could fully understand and uphold it the way its writers intended.

We can apply these same lessons in our approach to studying God’s law. Many people read their own interpretation into the Scriptures to justify their own actions. They want the Bible to say what they want.

Consider Mr. Armstrong’s example of his night-and-day studies at the Portland Public Library. He was diligent to learn the law! In 2 Timothy 3:16, the Apostle Paul says, “All scripture is … profitable for doctrine, for reproof, for correction, for instruction in righteousness.” And in that same letter, Paul says, “Study to shew thyself approved unto God …” (2 Timothy 2:15).

Studying the law the right way is critical on your course to becoming a Philadelphia lawyer.

Scalia’s third point in his speech was “public fairness and impartiality.” He understood that the law only worked when applied equally to everyone. There could be no two-tiered system of justice. This is a difficult task, especially in a world where everyone is looking out for his own interests. Scalia said a judge must be fair and be seen as fair, but “this does not mean that a judge must convince the public to like him.”

Scalia had to make unpopular decisions—decisions he knew were right but that the public would not agree with. One of his most famous decisions has come to be known as “The Great Dissent.” In this 1988 case, Scalia was the only justice on the court who disagreed with the majority opinion (7-1). Even his conservative colleagues did not agree with him.

At the time, Scalia’s decision was not popular. A little over 10 years later, Congress was faced with a decision on whether or not to extend the law that the Supreme Court overwhelmingly decided was constitutional a decade prior. Congress let the law expire, and today everyone agrees that Scalia’s dissent in 1988 was correct.

Scalia was vindicated. He stood by the law and did not let the public or his party’s politics influence his decision.

How often do you run into situations like this? Perhaps you’re wondering if just in this one instance you are an exception to the rule. Or maybe your friends are doing something you know isn’t right and you have to stand your ground and not fold under that pressure. Don’t make an excuse about why it would be alright to break the rule “just this once.”

What if you’re in a position of leadership among your classmates or on a sports team? Do you uphold the rules for everyone—including yourself? “[T]here is no respect of persons with God” (Romans 2:11). James 2:9 says it’s a sin to “have respect to persons.”

Antonin Scalia was an expert on the U.S. Constitution. That document, though based on many biblical principles, is still a document compiled by men. God’s law, as defined in the Holy Bible, is administered through His government and by an administration filled with God’s Holy Spirit. And it’s a law that is built on the way of give.

In his address at the University of Southern California, Mr. Armstrong said: “Now the basic book of constitutional law states that the basis of all law is just a simple word, L-O-V-E, love. I like to translate that as it is put into practice in the world today into the word get. And the opposite is the word give. That is, love is the word give. And get is the opposite in the transgression of that law. Now that is a law. And incidentally, a law is merely the rules of how you perform. You might say that the rules of a game, a basketball game or a football game, are merely the law of the game. Because a law defines conduct.”

A real lawyer is an expert in the give way of life! Antonin Scalia’s points on law can help us achieve that goal: Serve the law, study it intently, and be impartial. Come under the law as God defines it. Study His law so you can better uphold and teach it. And apply the law as He says to.

Law isn’t just a field of study, or a day job for God’s people—it’s a way of life. In that context, Mr. Armstrong was the greatest lawyer of his time! In his address he concluded: “… it all has something to do with law, which is a way of life. I came to be the leader in the Philadelphia era of that Church. And so here I am among lawyers and in a university with such a great reputation in its law school as a Philadelphia lawyer.”

Will you be a Philadelphia lawyer?