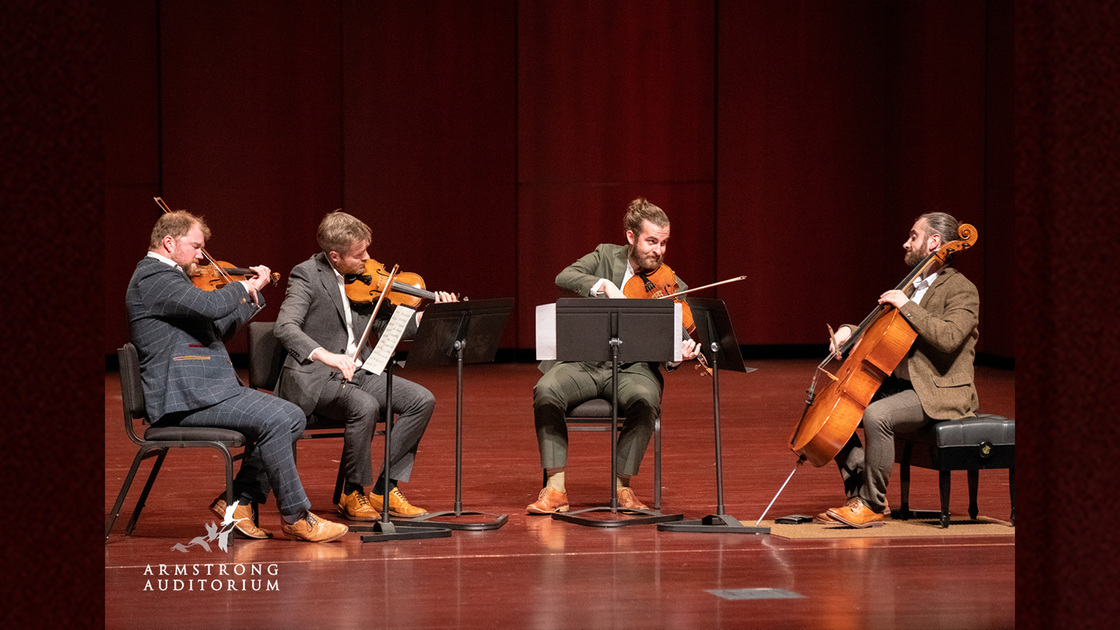 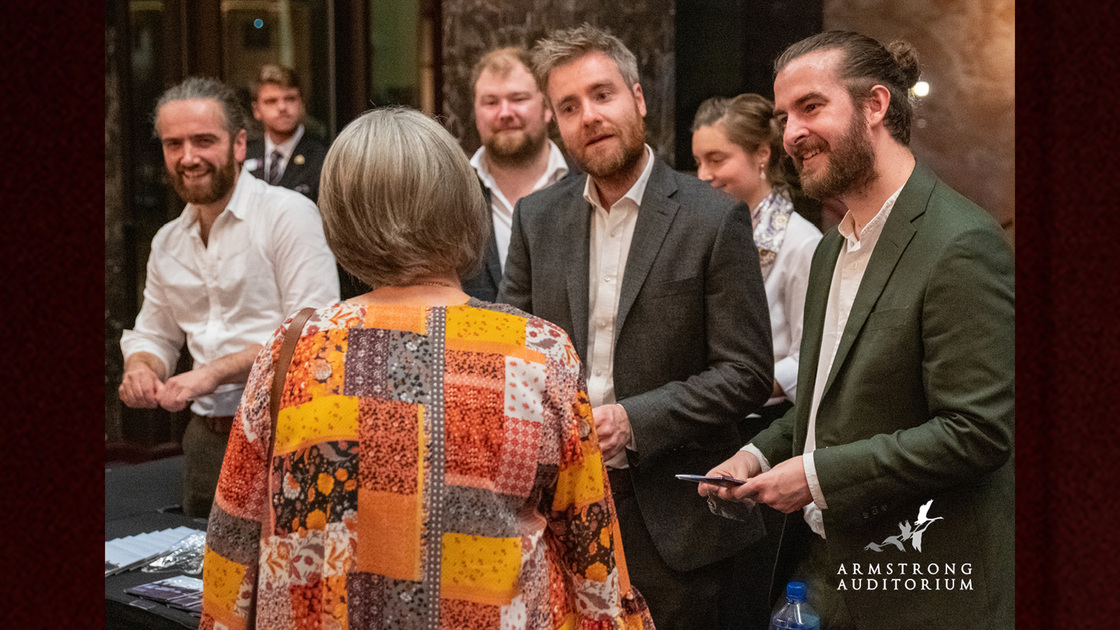 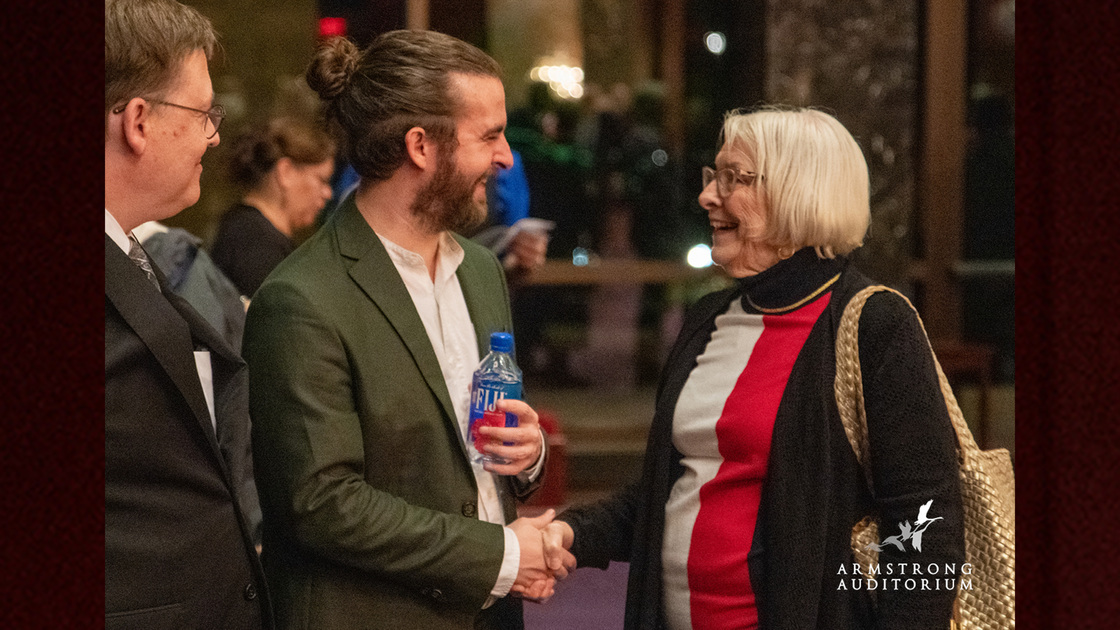 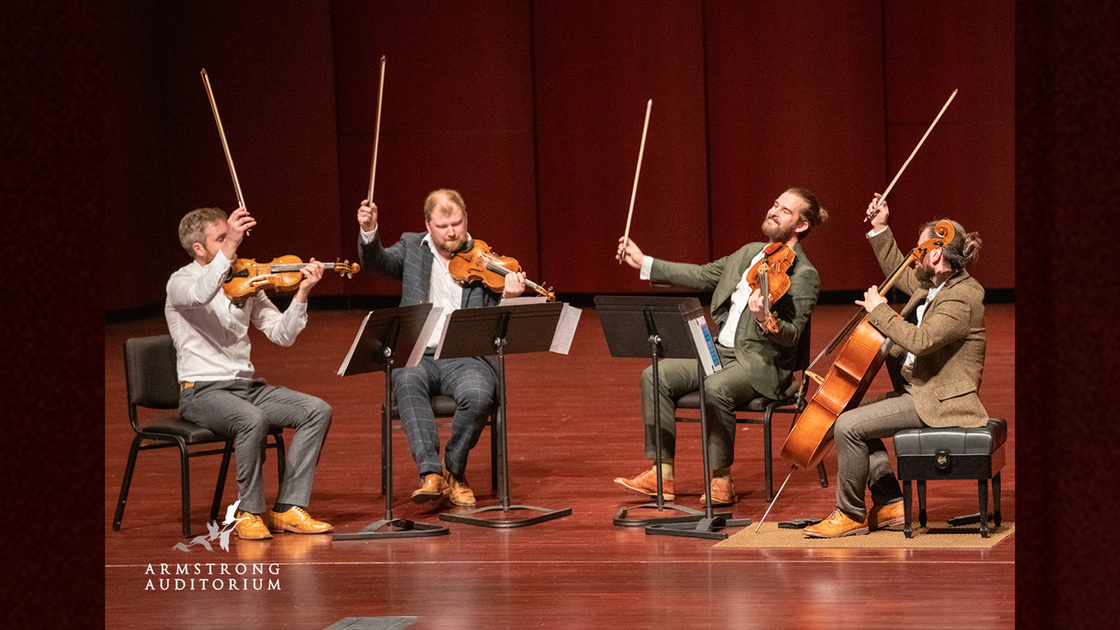 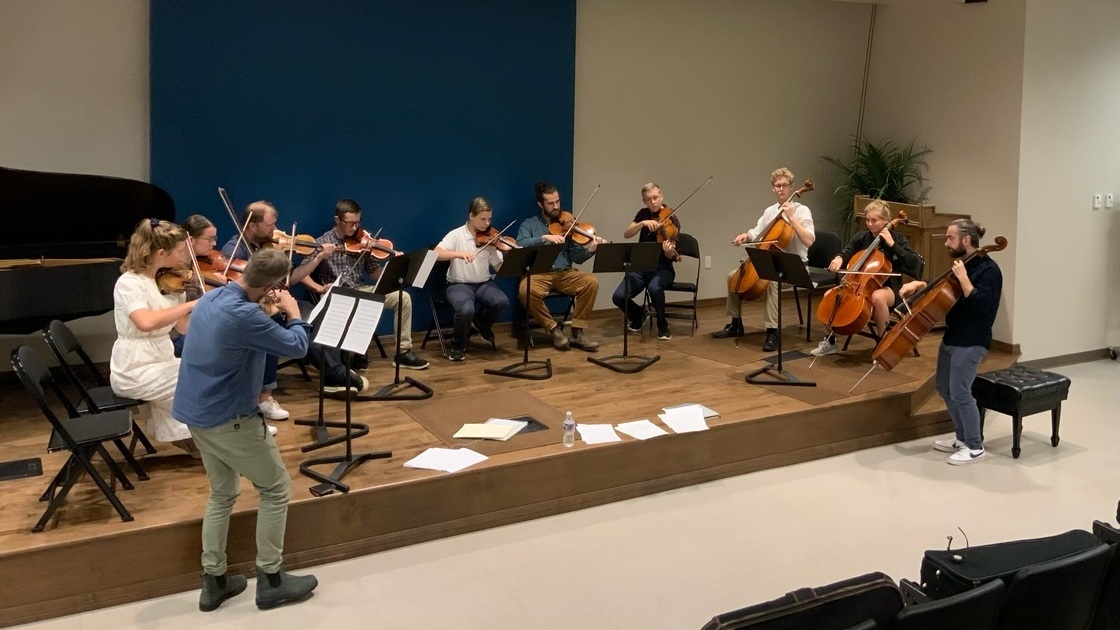 OKLAHOMA—The Maxwell Quartet performed for 509 patrons at Armstrong Auditorium on the rainy evening of November 10, playing classical string quartets by Franz Joseph Haydn and Antonin Dvorak, and their own compositions based on traditional Scottish folk music.

The group, comprised of three Scotsmen and one Englishman, opened the first half with two Scottish folk tunes from the 18th century that they arranged: “Coilsfield House” and “Drunk at Night, Dry in the Morning,” the second of which they had played with seven Herbert W. Armstrong College and Imperial Academy music students the day before in an educational collaborative session at the Dwight Armstrong Performing Arts Conservatory. At the end of the show, at the request of the audience, the group performed as its encore a piece from Scotland, “A Sailor’s Jig and Reel.”

It was their first time in Oklahoma, and they said the weather reminded them of home. During intermission, patrons had pie and beverages in the balcony as the rain continued to pour outside. After the show the performers greeted concertgoers in the lobby and autographed CDs of their music.

A visitor later commented on TripAdvisor, “A night to remember! We brought our adult daughter who is visiting us from Germany and she thoroughly enjoyed the performance and was impressed with the facility as well, a gem right here in Oklahoma, thanks to the vision of the school’s leadership.”

The 2022-2023 season continues on December 1 with Delirium Musicum, followed by the Five Browns, a bluegrass concert, Dublin Irish Dance and the Lviv National Philharmonic of Ukraine.